Stetson - the Cowboy Hat Content from the guide to life, the universe and everything 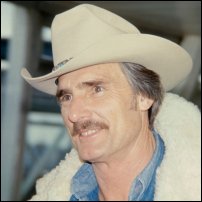 Strictly speaking, any form of headwear made by the Stetson Hat Company can be called a 'Stetson'. However, mention the name in casual conversation and the immediate image that comes to mind is that of the American cowboy hat.

John B Stetson (1830-1906) was a milliner by trade, who spent some of his earlier years on the American frontier. During that time he demonstrated to his friends the art of felting by creating a wide-brimmed, high-crowned hat to better withstand the adverse weather conditions of the American western and south-western territories. In 1866 he established a hat-making company in Philadelphia and began marketing this hat design, which he called 'The Boss of the Plains', to cowboys and other settlers heading West. The success of 'The Boss', coupled with exploding interest in American 'cowboy culture' in the 20th Century (as exemplified by the actor John Wayne) enabled the John B Stetson Company to become one of the leading manufacturers of mass-production headwear today. Its competitors include Bailey, Resistol and Wrangler; as well, many smaller hat companies have come into existence to supply cowboys, Old West enthusiasts and others with custom-made cowboy hats.

A cowboy hat is characterised by a wide brim (which repels rain and shades the eyes from the Sun) and a high, shaped crown. It can be made from straw, wool felt or fur felt. Straw is ideal for wear in hot conditions and is the least expensive material to work with; however, it can become brittle with age. Fur felt, usually either rabbit or beaver, is the most expensive, but is also the most durable.

In Canada, the term 'Stetson' has an additional connotation: it can refer to the four-dint crown, wide-brimmed hat worn by the Royal Canadian Mounted Police as part of their dress uniform. This hat differs from similar versions worn by US state troopers and army drill instructors in that the dints appear on the 'cardinal points' of the hats (north, south, east, west), rather than on the quadrants.

Here are a few tips for wearing a cowboy hat (at least, wearing one in Texas):