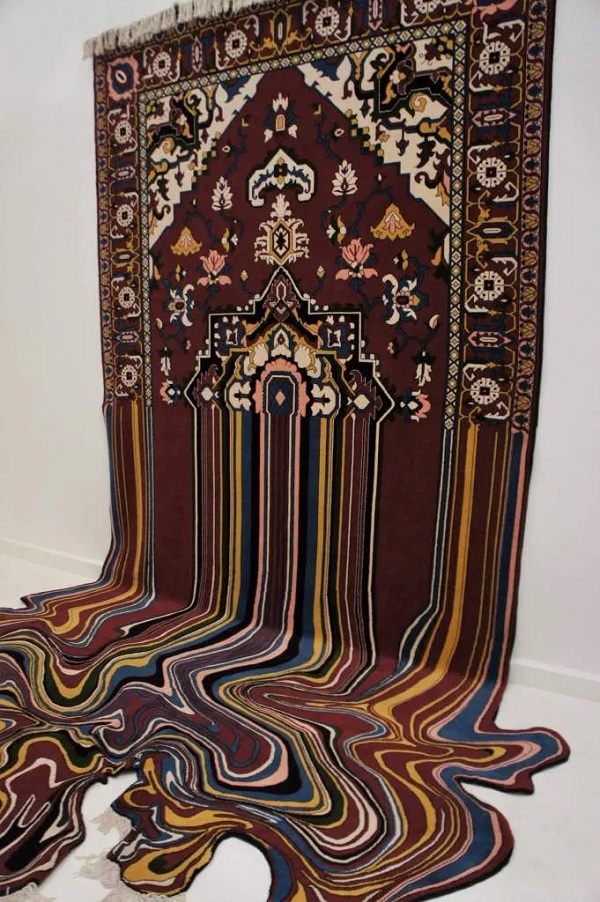 Reprinted from Twitter with the kind permission of the author.

You know how it's good to find something small to laugh at even in the very worst situations? Here's a short story from my (not so distant) past.

When my dad died, suddenly and unexpectedly, unfortunately he was in the bathroom at the time. And like so many British bathrooms, it is carpeted. What is it with the Brits and carpet in bathrooms and kitchens? Anyway, I digress.

Obviously, the carpet had to be changed, and a very nice company agreed to give us absolute priority and were there within a few days. (If I knew who they were and if they had a twitter account I'd give them a shout. All i know is they are in #Sheffield). But (unlike here in Germany, or maybe because of the short notice or whatever, this isn't a criticism) they didn't dispose of the old carpet. They did roll it up and put it in the garden by the back door.

So we decided that while I was still over to arrange the funeral and generally support my understandably devastated, and also elderly mum, to take it to the dump. Or recycling centre as it is now called. Because we wanted to get there early in the morning we decided to put it in the car the night before. It was mid-February so dark by the time we thought about it.

Anyway, the time came. And of course, there were two elderly (I mean, I have grey hair, too) ladies lugging a rolled up carpet through the garden and loading it into the car. Outside a house where a week or so previously a young-looking and completely healthy man had died suddenly.

My parents had lived in that house about 30 years, and I can tell you now, I have NEVER ever seen so many of the neighbours twitching their curtains, or suddenly having to get something from their own car at once. Not ever.

Obviously, it was a completely awful time for both of us, but we did manage to raise a laugh at that as we toasted my dad with his best whisky that evening. Try to #FindTheHumor even on the darkest days.