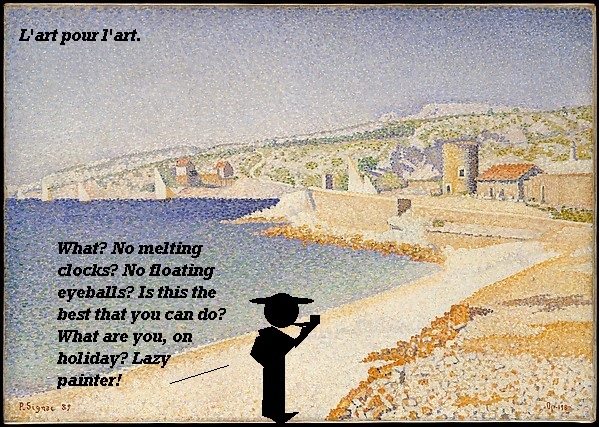 When my family and I booked a package holiday abroad one year, we weren't expecting a fantastic hotel, but we specifically chose one that would meet our needs - it was within walking distance of the town, it had a small swimming pool, there was a restaurant that served breakfast, lunch and dinner, and it had a lift to the ensuite bedrooms on the upper floors.

The flight went smoothly, and we were collected by the holiday rep on arrival. Our luggage and ourselves were loaded into the holiday company's coach with our fellow package-holidaymakers and we set off towards the town. We enjoyed the new sights as we drove along, and soon spotted the hotel in the distance.

To our surprise, the driver didn't stop when we reached the hotel, but instead carried on out of town and up a hill. At the top of the hill was another hotel. It was freshly painted bright white at the front, but the scaffolding at the back was the first worrying sign.

Our fears were somewhat assuaged by the lobby area, which featured comfortable sofas and armchairs and a well-stocked bar. However, we found the second worrying sign when we learned that there was a lift to the bedrooms, but:

The hotel staff were able to find an office chair that fitted into the lift, facilitating the following rigmarole:

And the same in reverse to go down to the lobby again.

We learned that there was no swimming pool at the hotel, but the holiday rep assured us that, even though the hotel near town was full (hence we had been taken to a different hotel instead) we could still use their swimming pool - all we had to do was catch the bus into town.

However, it turned out that that was the least of our worries - the other facility that was missing from this hotel was the restaurant, as the kitchen had not been built yet.

The holiday rep advised us that there was a nearby restaurant that would serve us breakfast, lunch and dinner, but we just had to go down five steps to get to it. Dad helped me to go down the steps in my wheelchair, and the other holidaymakers (around 50% of whom were also disabled, hence they had booked the same package as us) also managed to make their way down the steps. We turned the corner, and discovered six more steps. The holiday rep assured us that the restaurant was very near, so we climbed down those steps as well. We turned the corner, and discovered seven more steps... After having climbed down 45 steps, we made our way across the beach to a café that was up 10 more steps.

By then we were very ready for our dinner, so we had that, but then we had to climb back up the cliff in the dark to get back to the hotel. Fortunately, we all made it safely somehow, but then we staged a sit-in in the lobby. It was stressful but successful - meals on subsequent days were cooked by the beach café but were brought up to us instead of us having to go down to them.

The holiday rep's tactic of making more profit by overbooking packages ultimately didn't work, as the tactic underestimated the expectations of our group - after we returned to the UK we all received refunds of the difference in price between the hotel we booked and the hotel we got, and we also got some compensation for the unexpected extra exertions that we had all had to go through.

However, once the meal problem had been solved, it was a fun holiday as we made the best of it. We got good at using the bus so we were able to explore the town and go swimming as planned, and the whole group of holidaymakers enjoyed spending time in the lobby in the evenings telling each other what we had done that day. The trip was different from, as well as similar to, our expectations but it was definitely a holiday that we needed a holiday to recover from.