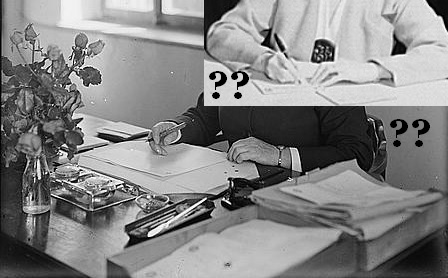 As I stood up to see my client, I felt a familiar nervous thrill. I collected my note book and the form the woman had filled in and left the office for the reception room. Kelly Saunders, aged 32, white, British, married with two children. Hazel the receptionist had said Kelly seemed nervous, but that wasn't unusual. People arrived at the Citizens Advice Bureau in a range of states. In the five years I had worked for the CAB, I'd had clients who'd wept and some who'd shouted and sworn.

The reception room was not a welcoming place. Its white walls were covered with posters warning about scams and loan sharks. A rack of leaflets near the door gave advice on everything from court processes to help with heating bills. The result was official-looking and spartan. Kelly was sitting on a metal chair near to the door. Her dark eyes, emphasised by black mascara, stood out in a pale face. She was casually dressed, in a navy sweatshirt and jeans, with brown hair flowing over her shoulders. The way she was sitting, with her legs crossed and a canvas bag clenched in her hands, gave an impression of nervousness.

I showed Kelly into one of the interview rooms, which were only big enough for a desk with a computer and two metal chairs. A window gave a view of a car park through a blue-slatted blind.

I took the chair nearest the desk and met Kelly's eyes. 'How can I help you today?'

She hesitated a moment. 'Well, you see, my marriage is breaking down.'

'How long have you been married?'

I looked at her form. 'And you've got two children. How old are they?'

'Mick's eight and Jack's six. My kids mean everything to me. If anything happened to them, I don't know...' Kelly looked down and started twisting her wedding and engagement rings round her fingers. Her nails were neatly trimmed and varnished, suggesting she was still looking after herself.

'Has there been any violence?'

'Violence?' She hesitated. 'No. Not really. Chris shouts a lot though. I don't know what he might do when...'

'Are you thinking of separating then?' I opened the Advice Guide on my computer and found the section on ending a relationship. Meanwhile, I wondered what Kelly meant by 'not really'. Pushing your wife into a corner and shouting at her counted as violence.

'Have you got somewhere to go?'

Kelly crossed her legs, then uncrossed them. 'I might have. But I'm worried that Chris will take my kids.'

'Has he threatened to?'

'He's said...' She stopped, then started again. 'I don't dare to talk to him. I'm scared he'll take them and I won't see them again.' She shook her head, as if to shatter an unpleasant image.

'Well, you both have responsibility for your children. It's best for you to agree what will happen to them. Could you do that?'

I read her the passage about the use of mediation and the role of the courts but had a feeling she wasn't listening. She was fidgeting and trembling as if a cold chill had caught her. 'There are a few solicitors who'll give half an hours free advice on family matters,' I concluded.

I returned to the office to find the supervisor, Sarah, checking information on her computer. She ran her hands through her short, auburn curls. 'I've had enough of the manager giving me extra tasks. As if I hadn't got enough to do already. Did you want me?'

'I'm worried about my client. She seems so nervous. She said there hasn't been any violence but she's scared all the same. She thinks her husband will take her children away.'

'Is he likely to try to take the children abroad? 'Sarah frowned.

'You'd better check. And give her the number of the domestic violence help line, in case she's not telling us everything.'

When I returned to the interview room Kelly was speaking to someone on her phone, but she shoved it in her bag as if she didn't want it to be seen. I gave her the list of solicitors and information on the domestic violence help line and watched her leave, feeling uneasy. I knew clients didn't always tell the truth, let alone the whole truth. But I felt Kelly was hiding something. Were she and her children in danger? I regretted I couldn't do more to help her. However, I couldn't spend time thinking about the case, as the phone rang and I started listening to a man who was complaining his benefits had been stopped.

By the end of the morning, I had completed four of the short interviews the Bureau called Gateway and my mind was tired. After a while, it wouldn't take in any more information, leaving me feeling foggy and confused. I wanted some vegetables for dinner, so I told Sarah I was going out, collected the bag I'd stowed under the table and left the office. The Bureau was in a red-brick building which jutted out into a car park behind a bank. I walked past the bank into the High Street and crossed the road. A red bus stood at the stop and a group of mainly elderly people were queuing to board. I followed the walkway leading into the covered shopping centre. Tables and chairs were arranged outside a café in the central plaza.

As I drew close to the café, I noticed a young couple sitting at a table, heads close together. A moment later, I recognised the woman – Kelly. My surprise almost stopped me but, remembering I mustn't give any sign that I'd met her in the Bureau, I hurried on. My mind filled with speculations. From the way Kelly was sitting, with an athletic-looking young man in a tracksuit, I concluded he wasn't her husband. There was another man in her life. That complicated the situation.

If she was leaving home to join another man, would the court be more likely to give her husband custody of the children? Did her husband know he had a rival? I knew domestic violence often broke out when a relationship collapsed. Might he hurt Kelly, or even the children? What about the boyfriend? Would he accept responsibility for children who weren't his own?

Not for the first time, I reflected how easy it was to misjudge a case from a short interview. We had only the client's description of the situation. If I had spoken to Kelly's husband, I might have heard a different story. I reminded myself not to try to take ownership of a client's problems. From my experience of advising, I knew that was a mistake. My role was limited to giving information. Once the client walked out of the bureau, her decisions were a matter for her. Unless Kelly returned for further advice, there was nothing we could do. Life could be very complicated.