An Angel Comes to Town 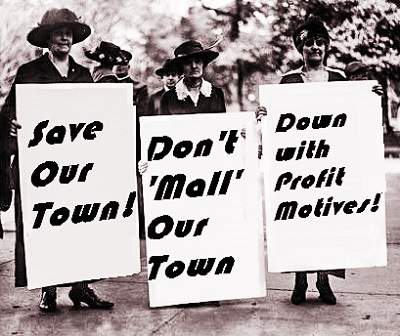 Waynette walked into the shopping centre, looked around and stopped. It was deserted. Everywhere she looked, shops were empty and boarded up, the seats shown on her plan had disappeared and the public toilets were closed. As a trainee angel, she had been sent to sort out trouble in Tylersfield, but no-one had told her what the problem was. It looked as if there had been a plague and the inhabitants had died. That was a terrible prospect.

For a moment she stood, reluctant to go on, then shook her head. This wouldn't do. She followed the line of empty shops to the pedestrianised main street. To her surprise, an old man trundled past with a wheelbarrow full of pots of paint. At least that meant some people had survived. As she followed him, a sudden racket of shouting and banging came from a side street a little way ahead.

She edged round the corner and ducked as a half brick crashed over her head. A group of pensioners stood in the middle of the road, lobbing bricks at three men in smart suits, who were fending off the missiles with signs saying 'No entry' and 'Danger, Work in Progress'. A middle aged woman with a flowery hat and glasses was dithering between the two groups, muttering 'Be reasonable, please.'

Waynette knew her place was alongside the peacemaker. She realised she'd chosen the wrong body for this role. She'd come as a young black woman with glossy hair and lovely eyes, but a plump matron with a loud voice might have been more appropriate. She took a deep breath and yelled 'Tell me what's wrong.'

'Just stop them throwing things!' yelled a bald man in a suit.

'We want our community hall,' shouted a little old lady, then threw another brick.

Waynette turned towards the pensioners. 'Please put down your bricks and let these men explain about the community hall.'

The rain of bricks eased, then stopped completely.

The bald man unrolled a large piece of paper. 'Graham Brickfield, Project Manager. This is the plan for the renovation of the shopping centre. It will give Tylersfield a town centre fit for the twenty first century.'

'Rubbish,' cried a red-faced old man. 'My name's Jim Roughedge. I was one of their tenants, but they're only interested in the big companies. But nobody I've talked to wants a big cinema.'

Waynette looked at the plan. It featured a big central block, surrounded by shops and flats, with a car park next to the road. 'Is this the cinema?' she asked, pointing and wishing someone had given her a briefing before she arrived.

'That's what the tenants wanted', said Graham, brushing fragments of brick off his suit.

'Rubbish,' said Jim. 'That's out of date. Everyone watches films on line these days.'

'What about the community hall?' asked Waynette.

'There isn't one,' grumbled Jim. 'So we decided to build one ourselves. I've switched to making toys and I've managed to earn a bit, but I need a place to exhibit.'

The woman peacemaker stepped forward. 'I'm Councillor Sheila Bourgeoise. We're prepared to pay some of the costs of the new hall, but we don't want to put the Council Tax up.'

'The developers should pay,' said Jim. 'But they won't.'

'We can't afford it,' said Graham. At this, grumbling began among the crowd and one or two pensioners started picking up bricks again.

'But if you can afford to build all this,' said Waynette, gesturing at the plan, 'why can't you afford the community hall?'

Graham sighed. 'You obviously don't understand capitalism. The cinema, the shops and the hotel bring in most of the money. A community hall wouldn't yield much.'

'I used to run a shop and I can tell you shops are in trouble,' said Jim. 'Everybody's buying things on line.'

Waynette stretched out a finger and new lines appeared on the plan. 'Why don't you provide space at the bottom of your cinema for a community hall? The people who come into town for events might go to the shops too.' As she doodled, the spaces on the plan filled up with people.

'How do you do that?' asked Graham.

'It's a gift,' said Waynette, and went on drawing. 'It seems to me that a town centre depends on its people. If you provide them with the things they want, they're more likely to come to the place, and spend time here.'


'I'd better go and talk to the directors,' said Graham, rolling up his plan. 'Perhaps it's time for a rethink.' He turned and walked away, followed by his companions.

There was a cheer from the crowd.