Freewayriding's full story can be followed at Freedom Found. 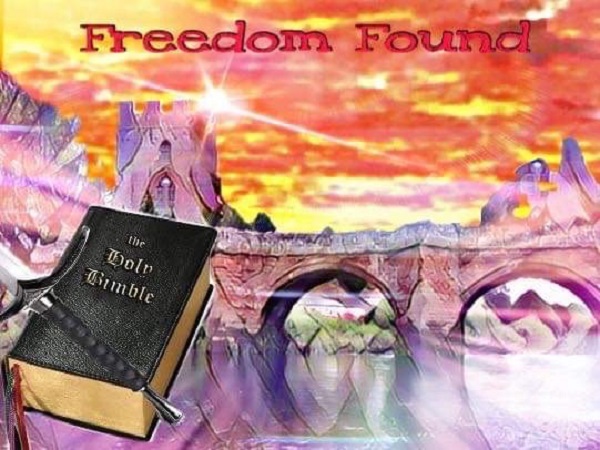 I have been asked if the events told of in the Motorcycle Messiah occurred in the same fictional universe as Freedom’s Fall, here is my answer, it's time for another Bimble throughout November!

Thirty years after Freedom's Fall, an Age and an ocean away from Cult of the Freeway, the Wheel turns once more.

'Ask anyone in the civilised world and they'll tell you, point blank, that my mother and father deserved to die, they'll probably insist on telling you where they were the day they witnessed their deaths during Society's finest hour.

When the summary executions had run their course, and the bodies were dumped in hastily excavated graves in the Forrest, the cameras dimmed, equipment was stowed away, the army trudged homeward and silence eventually fell.

Two figures, risking all, went unnoticed in the twilight, stripping anything and everything of use from the corpses. Both stopped abruptly when the body of the heavily pregnant girl gasped for help.

A faint plea, almost inaudible, met sharp woodsman's ears. The female biker was carefully disentangled from the death pit and spirited away deep into the woods.

My mother did indeed die that day by the hands of the citizens, but not before my premature figure emerged into the world.

It is rumoured that I clutched at her bloodied belt buckle, defiantly refusing to leave it on her cooling body.

So it was, The Druids gave me my name that day.

I am Gafael, the Child Who Held On, and this is my story'.