A piece of fake news you may wish wasn't fake. 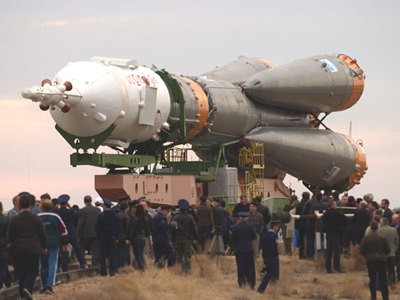 The Daily Yell15 March A giant asteroid is about to hit earth! The space rock is the size of five football pitches and is on course to reach our planet by the end of March. If it hits earth it will cause tsunamis and shock waves that could wipe out whole cities. We believe the government is trying to keep this information secret to avoid panic. However, a source has told us that a programme of shelter building is under way.

The Daily Yell23 March Amazing structures have been seen on the asteroid approaching earth! Scientists admit they have been baffled by a series of straight lines spotted through telescopes. They look like buildings. A spokesman said "Some of these structures have straight lines and sharp corners. They could have been built by intelligent beings." We demand to be told the truth! Is the object approaching earth an asteroid or a space ship?

The Daily Yell1st April The aliens have landed! All US citizens have been told to stay indoors. The giant space ship landed in Chesapeake Bay at dawn this morning. Although not as big as had been reported, it is technologically very advanced. It is almost invisible in some lights but can be clearly seen in others. The US government has published the following statement. "Although there is no need to panic, we advise US citizens to stay at home until further notice. A deputation from the Flapooril people arrived at the White House this morning. They made it clear they meant the human race no harm but they took the President back to their space ship and left shortly afterward.'