What does the term 'artificial intelligence' make you think of? To Minorvogonpoet, the new technology conjures up visions of challenges for humans. 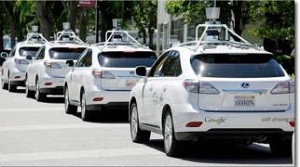 Don Stevens was not going to get convicted of careless driving without a fight. As he worked as a salesman for an electrical components company, he did a lot of driving. He would lose his job if found guilty. It was enough of a struggle to keep on top of all the bills as it was. Cheryl was always begging for new furniture and running up credit card bills. He hired a solicitor to represent him at the magistrate's court.

On the day, he dressed carefully in a grey suit, white shirt and blue tie. Although he was overweight, he looked respectable with his short, dark hair and glasses. With the possibility of a driving ban hanging over him, he took the train to the hearing. The building was an ugly grey concrete block, which he found depressing, and the courtroom was dull, enlivened only by a coat of arms and a picture of the Queen. It must have been old, as it depicted her as a young woman.
Don sat and listened to the proceedings. They started with a lot of dull stuff, about the width of the road and the precise location of all the vehicles. It seemed ironic that the name of the cyclist involved was Antony Carr. In other circumstances, Don might have dismissed the proceedings as the result of a self-important bureaucracy. However, when his memory returned to the accident, he felt a surge of sickness. He'd had a hard day travelling between customers' premises and it had started raining on the way home. The company had given him a driverless car. It made travelling easier but it was sometimes a struggle to stay alert. On a long journey, it was easy to nod off, or let his mind wander.

He was not far from home when the accident happened. As the car approached a junction, the traffic lights ahead changed to red. The car stopped, Ron judged it safe enough to sit back and take a rest. He vaguely registered the cyclist near the kerb and the sheen of rain under the street lights.
A moment later, an ambulance appeared behind him, travelling at high speed with its siren shrieking. Without him touching the controls, the car started, lurched forward and hit the cyclist. There was a cry, the bike toppled over and the man's leg vanished under the wheel. Ron braked hard and jumped out, to see the cyclist holding his leg and yelling in pain. Although he phoned immediately, it seemed ages before another ambulance arrived.

Ron couldn't deny that the accident had taken place, but he still pleaded not guilty. His solicitor explained why.

"It is my client's case that he wasn't driving at the time of the accident. The vehicle in question is a new Freeway model, which is a driverless car. It is equipped with twenty-four sensors, which provide it with information about traffic conditions and road signs. The car makes decisions based on a stream of data. At the time of the accident, my client was sitting waiting for the traffic lights to change. The car started without warning. It clearly sensed the ambulance coming up behind it and took the decision to move forward."

"Although Mr Carr was on a bicycle waiting in front of the vehicle?" asked the chairman of the magistrates.

"It appears the car decided it was more important to get out of the way of the ambulance than avoid Mr Carr."

The chairman looked at the solicitor over his glasses. "Do you mean to say the car makes a value judgement? It decides an ambulance is more important than a cyclist?"

The solicitor hesitated. "I don't think it's a value judgement, sir. It's simply that the ambulance was a large vehicle, approaching fast, while the cyclist was a small object near the edge of the road."

"I take it the accused could have taken control of the car and avoided Mr Carr?"

"It is my client's case that he couldn't react quickly enough to avoid the impact. In effect, it was the car's fault that the accident happened and not that of the accused."

At this point, the clerk of the court adjusted his gown, got up and murmured something to the chairman. The three magistrates huddled together and talked to each other. They were all grey haired and Don doubted whether they understood the technology involved in such an advanced car.
After a while, the chairman looked straight at Don. "I am informed that the law as it stands assumes that the responsibility for driving safely lies with the driver, not with the car. You are found guilty of careless driving."

Don was in a dark mood as he sat on the train home. He'd be broke unless he could appeal against the judgement, or find a job which didn't involve driving. It wouldn't be surprising if Cheryl left him. He suspected she cared more for the money he earned than for him as a man. As he arrived at the house, he was filled with rage against the car which had caused all this trouble. Whatever the magistrate said, it was the car's fault. He opened the garage door and looked at it sitting there. It had been repaired and looked sleek and gleaming white. He couldn't resist the urge to give it a kicking. After a moment he stopped, feeling foolish and almost afraid. It wasn't just that his foot was hurting. He had the odd sense the car knew he hated it, resented the kicking and would plot its revenge.