Writing Right with Dmitri: How Do You Think You Think?

If you said, 'With my head,' good for you. But thinking's really a question of how your mind works – or how you train it to work. I'm always interested in how other people's minds work, because as a writer, I need to be able to communicate with them. Here's something I've learned recently.

Apparently, analytical thinking is cool. It's useful, sure, but cool? What makes it cooler than a gut reaction? And can it really predict whether you believe in God?

Back in 2012, some researchers in Canada gave 179 university students a test. They asked them questions to see how well they did at analytical thinking. Then they asked them if they believed in supernatural beings. According to the researchers, who published their results in Science, analytical thinking correlated with religious disbelief. Personally, I disbelieve these results, but who am I to argue with Canadian college students?

Here's one of the questions:

If you said the ball cost 10 cents, you were wrong. It costs 5 cents. (Work it out in your head.) Figuring out the right answer requires analytical thinking –, and, according to the researchers, makes you less likely to believe in the supernatural. Bah. I think there's an underlying fallacy there, one that assumes that most, if not all, people who accept the existence of non-normative realities are sloppy thinkers. Maybe they just know something the math geeks don't. (I got all of the questions right, and I still believe in non-normative realities. So sue me.)

But what other kinds of thinking are there? 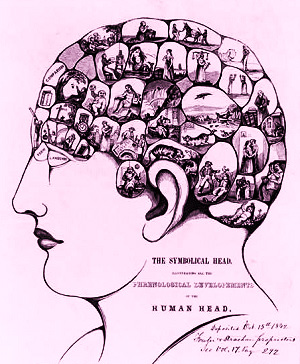 Maybe we all use different types of thinking at different times. Now, that's a thought.

Aha. Maybe that's why those Canadian scientists were saying that analytical thinking predisposed people not to believe in the supernatural. Now, if they'd given the students a quiz that required them to think holistically first, and then asked them if they believed the noises they heard at night might be ghosts, they might have gotten a whole 'nother answer…

In fact, I'm looking at a webpage right now by a Dr Dewey, who says:

However, nothing like intuition training has become standard in public schools, and researchers have not produced strong evidence that creativity or intuition can be improved by training.

Maybe researchers haven't produced that strong evidence because they keep using deductive reasoning and analytical thinking to produce their training manuals. Just saying. And maybe…just maybe…intuition can be improved by training.

Has anybody asked a writer lately?

Me, I'll stick to being divergent, abductive, and holistic – at least, while I'm writing. It helps to figure out what wild worlds could be lurking out there when I turn my gaze from what is to what, possibly, could be.