Guess which war Your Editor is up to in the US History course? The one he thinks of as 'recent'. Also the one that makes him start singing protest songs under his breath. Yep, that one.

Okay, so in the 'now it can be told' department: the NSA – National Security Agency, whose recruiters we were warned against in the language departments, thus missing out on no doubt lucrative careers in the fast-paced world of snoopology, rather than becoming underpaid college professors – had its own magazine, who knew? Appropriately titled CRYPTOLOG. (Maybe they still do, who knows?) But some of the back issues have been declassified because the statute of limitations has run out, or something. And we get to read the parts the censor passed on archive.org. Goody.

These titbits are from 1975…an issue devoted entirely to Vietnam, for reasons that will become plain from the text. The cute editorial bit was put in to show that, gosh darn it, the NSA were obviously just a fun bunch of guys and gals. 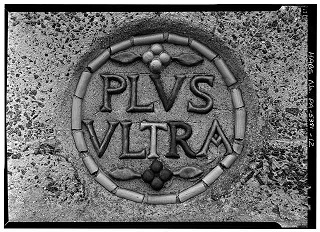 Except for short features, this entire issue is devoted to the Vietnam War and its significance to NSA achievements, failures, lessons learned, problems unresolved. The intent is to record the personal impressions of NSAers while those impressions are still fresh, even if painful, so that they can serve as a guide for future NSAers. Because the emphasis is on the personal and subjective, there are slight overlaps in the treatment of the same topic by different authors and slight differences of opinion.

While the articles in this issue cover a wide range of topics, they obviously do not exhaust the subject. Therefore the Publisher and Editorial Board of CRYPTOLOG continue to invite contributions documenting the role of NSA in the Vietnam War. Any such contributions that are accepted for publication will appear in future issues of CRYPTOLOG. 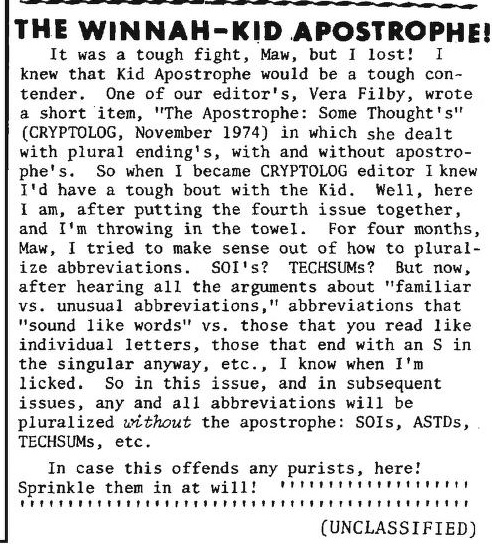 Ed Note: There was a puzzle. Unfortunately, it is apparently still classified. Sorry, puzzle fans.

Now, aren't you grateful for the Freedom of Information Act? Oh, and Google Maps.