FWR and a friend are down and out in Paris 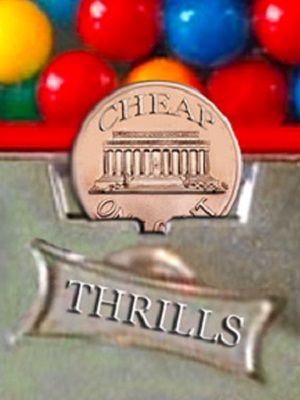 The lady behind the counter was beginning to get a little angry with us. Once again she pushed the two rail tickets back through the hatch and exhaled smoke at us in that wonderful Gallic way, jabbing her manicured nails at the offending tickets and shaking her head amidst a hail of rapid fire French.

We probably didn't help by stupidly pointing at our watches, making choo choo noises and thumbs up signs before thrusting the tickets back into the Gauloises gas chamber that was the information office of the Gare du Nord.

Without taking as much as a puff on her cigarette the lady managed to summon a final huge plume of smoke, pushed the tickets towards us and promptly pulled down the blinds. Office closed no doubt the sign read.

I cursed my inability to speak the language, my schoolboy French consisted of the useful phrases that Monsieur Lafayette had lost his keys or that Marie-France was on her way to the library again, damn you Longmans audio visual! Mind you if I ever bumped into a French girl called Michelle, I honestly believed I would probably be able to chat her up thanks to Lennon and McCartney!

We eventually got our teenage brains to inspect the offending tickets, Paris to Stuttgart via some very famous sounding cities. The problem was not only were we at the wrong station but we were also a day and a half early thanks to a misread of our glorious lets-see-Europe-before-we-start-work master plan. My half-witted mate then went to put the tickets in his backpack and promptly noticed the suspicious backpack shaped space where he'd set the thing down. Bloody great we'd been robbed, most of our cash was in the bag and the few travellers cheques I had were in German Marks. (The joys of the Euro still being decades away).

It was a long walk down the blvd Sebastopol but we ended up sitting on a park bench, oblivious to the magnificent backdrop of Notre Dame and trying valiantly to ignore the rumbling of our stomachs, dawn still several hours away. I was idly admiring the skills of the street cleaners, jets of water gracefully arcing through the balmy night, when a gentleman in a rather shabby and unseasonal ex army greatcoat sat uncomfortably close to us on the bench, wine fumes escaping the tangle of facial hair as he smiled a crooked smile and wished us good morning. He pointed at my tee shirt and said, " Arley? Un beau velo!" Blank long haired Teenage faces made him try again, luckily in English.

Theo by name, Dutch by birth ,but apparently he knew most of Paris, if not Europe like the back of his grimy gloved hand.

Ten minutes into our tale of woe, sharing our last cigarette with the hobo, when he stood up, hand outstretched and demanded five Francs. Oh great we were being robbed for the second time in five hours!

I gave the guy the pitiful few French coins that we had between us and lay back on the bench, gazing up at the cathedral and miserably wishing I'd stayed at home. A tap on my shoulder and I looked up into the nest of Theo's grinning beard.

With a flourish he produced a bag containing two baguettes, some beautifully cold fresh peaches and a bottle of cheap but delicious red wine. Where he'd obtained this feast from and how he'd fed us for a couple of quid, we didn't ask or care.

We sat picnicking as the day broke, feeding the pigeons the last of the bread and smiling at the priests and nuns coming into the park to start their day.

The rest of our trip went all too quickly, a proper send off for our carefree youth, but that meal under the stars was the real thrill, thirty odd years later, I can still taste those peaches!