The following is taken from the original media release pack for h2g2 from 1999. 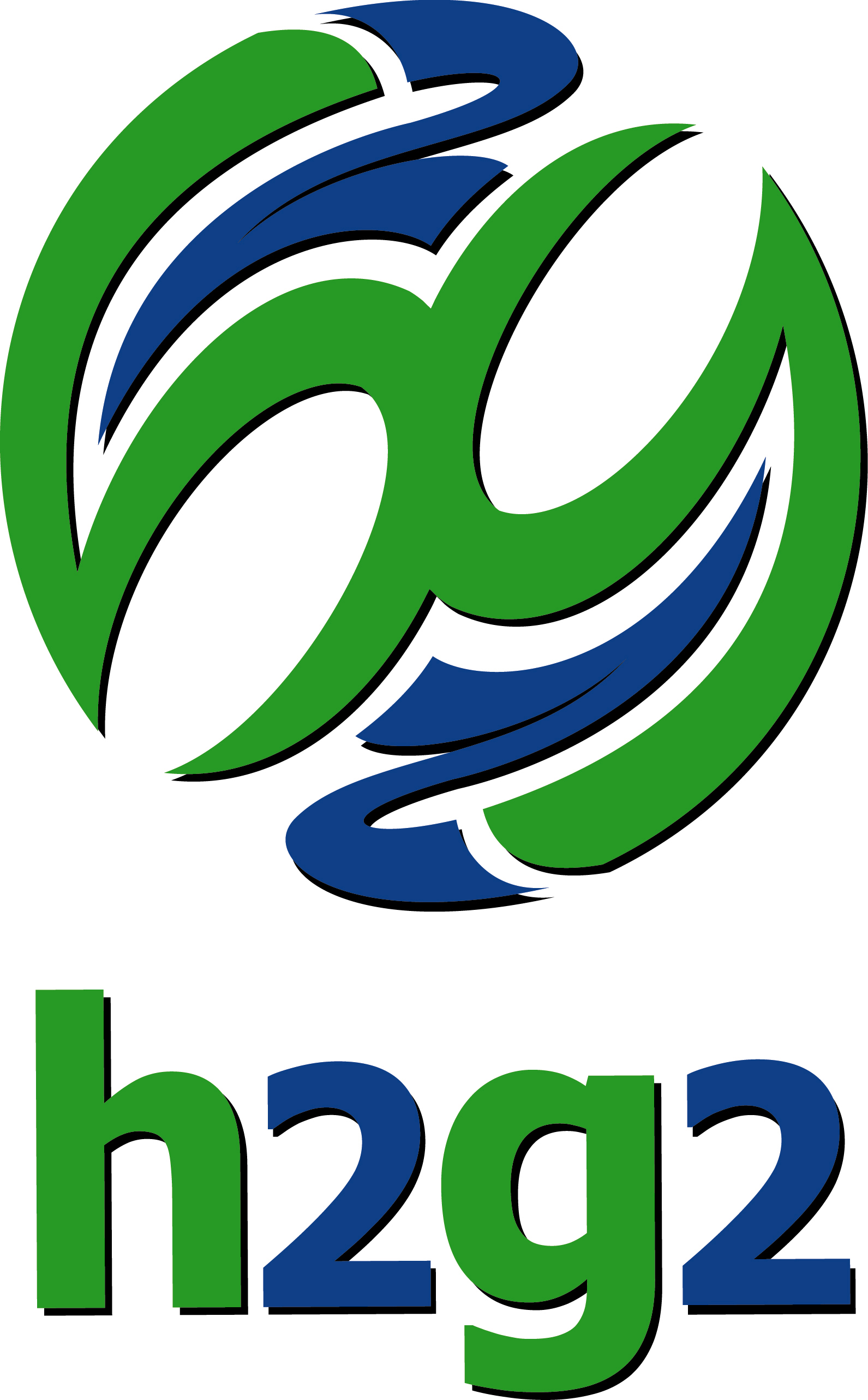 H's, 2's and Guides... G's, 2's and Galaxies... Beep! Beep! Beep! Beep! Again I woke up from my shallow on-call slumber to the call of my trusty pager. It was around 4am and another patient had arrived in Casualty. I wobbled down to the department and waited for the ambulance, scribbling ideas and thoughts, as is my habit, on bits of Whittington Hospital Patient Record Sheets.

The problem was that the first logo I came up with was simply boring. It said 'h2g2', which helped, but that's all it said. It just wasn't deep enough, man. 1500mg of intravenous inspiration please, or something that could alter my mind and take me into the sphere of originality and artistic flatulence. But I could only bank on 40 hours without proper sleep doing the trick. H's and 2's... H's and G's...

A spiral galaxy, 2 arms, Interlocking... Circluar and symmetrircal... Escher's stuff... Hold on... this 'h' looks a bit like this 'g' upside down. I doodled on... that night in Casualtly saw the birth of the h2g2 logo. It was that scrap of A4 (which I've still got) that formed the basis of the logo as it is today. It took a while to manoeuver the 2's into the form while keeping the whole thing symmetrical and circular, but with the help and advice of the rest of the h2g2 team it evolved and got plonked onto the infamous Gooey GUI of the website.

I tried to incorporate some international flavour with the feel of Persian/Arabic script in the h's and g's, and there's is a little Celtic and Japanese influence too. The spiral galaxy bit has already been mentioned, and the reason why it's round and has both planar and rotational symmetry is basically a fluke.

The story of the logo is not without its dark side. There was a point when due to a series of unfortuate events, a scan of a low-resolution, monochrome version was being used as the source graphic file. Not even the Editor of h2g2 could read what it meant and the fact that some (including management) thought the symbol read 69 left the logo in an arkward position.

Eventually things worked out and the final colours of green and blue representing Earth were agreed by the marketing people. So there you have it. It's circular, symmetrical, supposed to represent a spiral galaxy, the planet and languages of Earth and has incited debate, discussion, critical appraisal and insignificant rebellions. It also says h2g2. What more could you ask for?