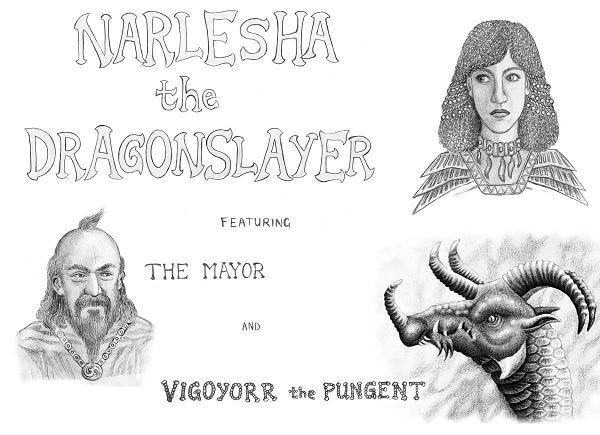 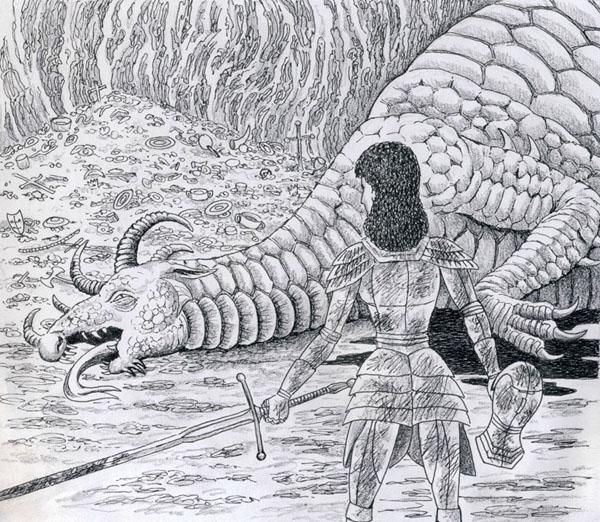 "Finally it was over. Giving a last whimper, Vigoyorr sagged down to the ground. The fire went out of his eyes, and his tongue lolled from his mouth. Narlesha was still too stunned to move. She watched for a good while, but the dragon's eyes remained dull and dead. At last, she mustered her courage and gingerly stepped up to the carcass. Still invisible, she kicked one of the great forepaws. There was no reaction. Encouraged, she moved in, grabbed the hilt of the sword and pulled it from the wound; more of the putrid blood and gore oozed out. She removed her helmet and returned to visibility. For a moment she gazed on the carcass … she could not prevent herself from feeling a pang of pity for the great dragon. But he had been very destructive and she had pledged to perform the task, unpleasant as it was. 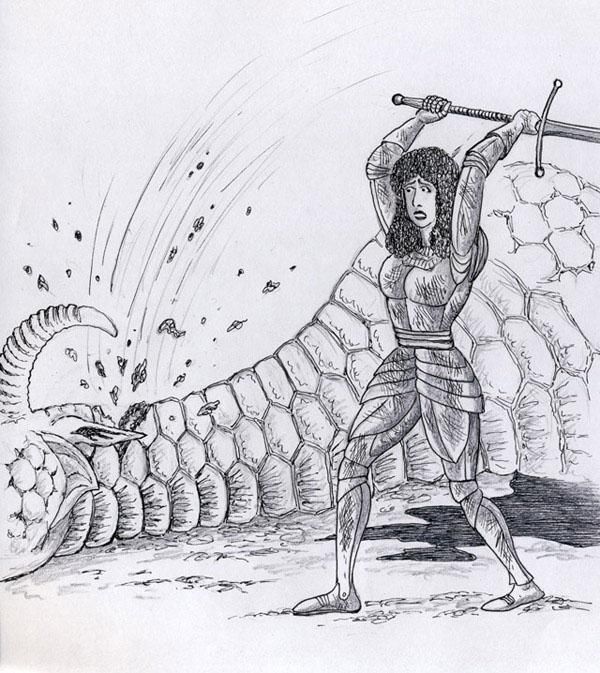 "She turned to the great neck. Again aiming at the joints between the near impregnable armour plates, she hacked … she hacked, and hacked some more, and finally the great head was severed. Not much blood came out, most of it having already spilled out over the stony floor. 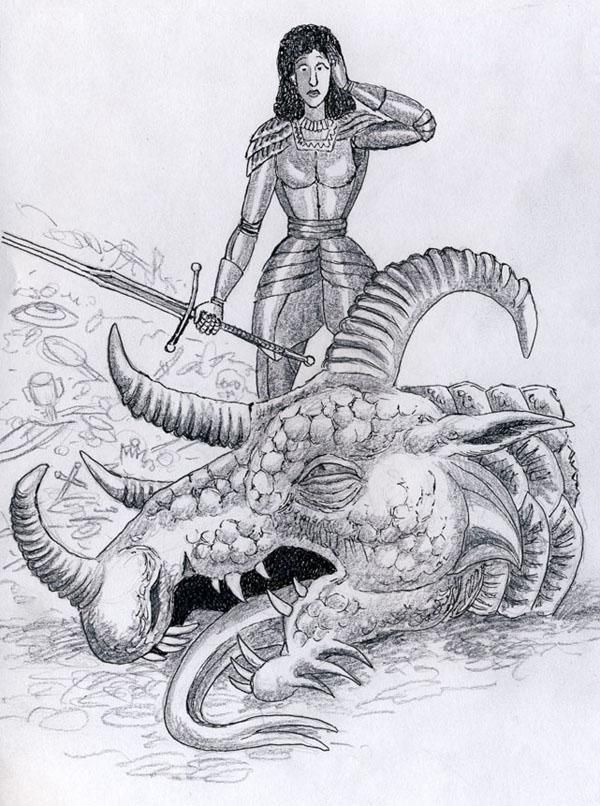 "It was then that she realized her problem. The head was separate from the neck, but it sat there like an enormous boulder. It was too heavy for her to shift, let alone lift! She had brought rope, and tied it to the horns, then tried dragging the head, but that, too, was beyond her. At last she had to concede defeat. She gouged out the eyes, instead, and severed the forked tip of the tongue. These she put in the bag she'd brought along. She cast a final glance over the magnificent hoard of treasure, still sparkling brightly though spattered with dragon's blood, and then turned away and headed back."