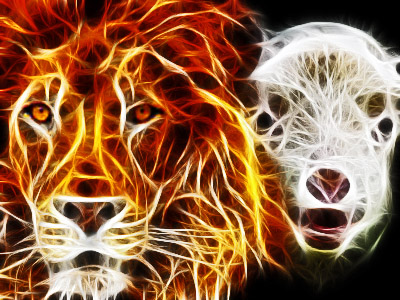 Off with their heads!

The early 1980s brought a boom for the British shipbuilding industry. A frantic rush to finish, upgrade or refit various vessels to deploy to the Falklands also brought the opportunity for an awful lot of overtime for the thousands of workers.

Enter yours truly, just finishing an electrical apprenticeship and offered tons of money to work extra hours doing all the menial, tedious jobs that nobody else fancied. One such job was refitting all the 8-foot strip lights on a helicopter carrier. Extra pay for working up ladders/scaffolding, extra pay for overtime/unsociable hours and a danger bonus for safely disposing of the used tubes (which were usually very carefully and very safely smashed to bits into a skip amid a cloud of poisonous powder as the glass shattered, hah! Nothing to worry about for a nineteen year old!)

So it was that I teamed up with my best mate at the time and two very hairy biker types boarded the ship for an evening of tedium, shattering glass and bundles of extra cash.

Shipyards of the era had a tendency to be very dangerous places, add that to the endless practical jokes that each department liked to play on others and sometimes tempers frayed. The welders, for instance, had found that a small tack weld on the temporary bulkhead doors could baffle anyone ‘locked’ inside for hours until they realised a swift hard kick would burst the weld and bring sweet freedom. My mate and I had been victims of the welding trap several times already that month and were careful to try to jar the doors open behind us.

Evening fell and we settled into a routine, one area at a time, replace, refit, test, smash over and over again. The biggest pain was transporting very large boxes of tubes from one part of the ship to another through the very narrow temporary openings in the steel.

I was backing out of a pump room, hands full of a box of forty odd 8-foot lights with my mate on the other end guiding me towards the opening. I bumped the steel with my backside, expecting it to swing outwards. Nothing. Solid as a rock. Bloody welders again!

Being a teenager, laziness came naturally and rather than putting the box down and turning around, I decided it was easier to have a rant and start kicking backwards at the door with my heavy steel tipped work boots. Threats against the pranksters echoed around the hull as my temper rose along with the expletives!

To make matters worse the clowns on the other side now began to push backwards against me, forcing the door against my back.

More threats, promises of extreme violence and language that would’ve made a sailor blush as I pushed back harder still. Muffled grunts came through the steel and I hoped I’d banged into somewhere painful. Another huge push from the other side and the box fell from my grasp, sickening crunchy-shattery noises filled the space as glass met steel. In a red faced rage I swung around and pulled the door inwards, fists raised and screaming, “ You ****** idiots, I’m gonna ****, when ***** you ***!... “ My mate followed, waving a screwdriver around wild eyed.

As we flew through the opening, a whirlwind of hair and snarls, several Special Branch Officers, the Lord Lieutenant, the Head of BSL, a herd of PAs, a camera crew and a rather startled looking member of the Royal Family were waiting on the other side, keen to continue with the unscheduled tour of the shipyard.

Aslan to Lambchop in 2 seconds flat!

I watched the news for days afterwards but sadly that footage never aired: I wonder why? My sincere apologies Your Majesty, Oops!