The Vampire-slaying Kit of Lord Hailey? Content from the guide to life, the universe and everything

Vampires
Count Dracula - There And Back Again | 'Dracula' - the Hammer Horror Film | Makt Myrkranna: The Icelandic Dracula | The Vampyre: A Tale by John Polidori
Dracula's Ancestors - Vampires Without the Dinner Jackets | The Restless Dead - the History of the Slavic Vampire | Buffy the Vampire Slayer
The Vampire-slaying Kit of Lord Hailey?

As far as we know, vampires are mythological beasts who don't need killing because they don't exist in real life, although they're quite popular in horror films and on television. However, in July 2022, news was released that an alleged late 19th-Century vampire-slaying kit had been sold at auction on 30 June. The hammer went down and the new owner staked their claim with a winning bid of £13,000, (which was five times its guide price), not including taxes and the auctioneer's commission. The kit wasn't a film prop, it was listed as having been originally owned by British peer William Malcolm Hailey (1872-1969), who was Governor of Punjab in India from 1924 to 1928 and Governor of the United Provinces of British India from 1928 to 1934. As some of the objects inside the lockable box were stamped with Lord Hailey's initials, we are supposed to think he had the vampire kit commissioned. The box also contained his full name and address. So was Hailey a secret vampire hunter or one of the very first vampirephiles? We had to investigate. 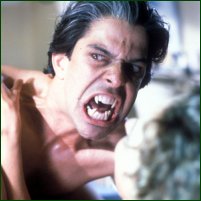 Bram Stoker's novel Dracula was published in 1897, when 25-year-old Hailey was working for the Imperial Civil Service in India and newly married to Andreina Alesandra Balzani. The Dracula novel caused a sensation in Victorian England. Hailey (and his wife) would have had access to reading material for their leisure time, so, even from as far away as India, they would have heard about the fictional vampire, and maybe even read the book. The vampire-slaying kit was created in the late 19th-Century according to the auctioneers - perhaps it was a gift for a fan of the Dracula novel, with possibly a practical (or protection) purpose. There's no evidence the kit has ever been used, so, as a deterrent against vampires, it certainly worked.

What's in the Kit?

Everything is housed in a lockable wooden box, which is complete with its original key. The lid has a fixed carrying handle with a brass cross on either side of the handle. The crosses, when slid to the side, provide a secret locking device. Attached to the inside of the lid is a wooden crucifix complete with brass crucified Jesus and INRI scroll. Inside the box are two tiers. The top tray contains a matching pair of hand pistols, which have engraved silver butt ends, a brass gunpowder flask and a glass bottle of holy water with a silver lid, all in their own bespoke felt-lined compartments. The top tray lifts out to reveal a deeper, divided bottom layer containing a Gothic Bible, a wooden mallet with gold cross decoration, an ornate brass stake, a pair of brass candlesticks, a box containing rosary beads, an oval hand mirror, an embellished, elaborate crucifix complete with hanging ring and, intriguingly, a Metropolitan Police certificate registering an 'alien enemy'. Unfortunately, we have no information on the new owner of the fascinating box - the vampire-slaying kit was purchased by a buyer from the UK who wished to remain anonymous.

If you fancy owning a vampire-slaying kit but haven't got several thousand pounds to spare, don't worry, there are contemporary vampire boxes which you can obtain online. We found a 'Rare Antique Victorian Gothic Medieval Style Ormolu1 Book-shaped Vampire Hunters Box' listed on Etsy for £357.60 with free postage. The contents sound much the same as in Hailey's kit, although there are no firearms included.

William Malcolm Hailey died in 1969 at the grand old age of 97. His body was cremated and the ashes were interred in his family's vault in Simla (now Shimla), India. There is a memorial plaque in Westminster Abbey, London, which describes him as 'adorned with grace of wit', and that he was 'wise, kind, faithful in friendship, in all his dealings, tolerant and humane'. We'd like to think he was one of the very first would-be vampire slayers, too.

1A gold-coloured alloy of copper, zinc and tin used in decorating furniture and making ornaments.