The Phantom Battle of Edgehill: Ghostly Drive-In Movie, or Fake News Special? Content from the guide to life, the universe and everything 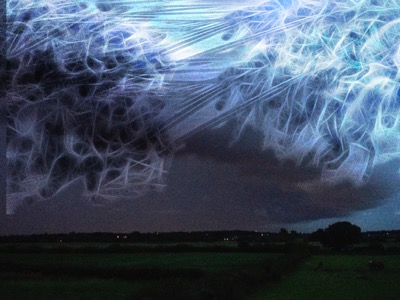 Fake news and Internet memes: the bane of modern existence, right? Alas, there is nothing new under the sun. 17th-Century English people were just as prone to spread misinformation and misattribute sources as their 21st-Century counterparts. They just didn't have the Internet, and were forced to use printing presses. They didn't spell any better than Twitter users, either.

If you don't think 17th-Century rumour-mongering is relevant to your web-surfing today, we're here to disabuse you of this notion. As a case in point, we offer the saga of the Edgehill Phantom Army, the alleged paranormal drive-in movie in Warwickshire.

Let's start with the Internet.

What the Internet 'Knows' About the Battle of Edgehill

If one looks up the Battle of Edgehill, the first information offered is about the English Civil War. It is easily determined that the first major engagement of that war took place at Edgehill on 23 October, 1642, and involved about 30,000 troops. It was a narrow victory for the Royalists. So far, so accurate.

Here's where things get dodgy: dozens of ghost-hunting sites assert that not too long after the battle, locals began seeing a ghostly re-creation of the event in the Warwickshire skies at night. They claim that the deceased participants were easily recognised by people who knew them in life. They claim the apparition lasted for hours, and included full sound: a sort of Sensurround™ re-enactment. Some assert that the apparition recurred for years afterwards, possibly on the anniversary of the event – or, appropriately, at Halloween. Others state that the apparition ceased when the shamed villagers finally buried all the bodies.

There is one more salient detail that is mentioned by almost all websites: allegedly, the King heard about this phantom show and sent a royal commission to investigate. Which, if true, would make the Edgehill phantom army the only legally recognised paranormal event in British history.

For the convenience of the reader, here are a few links to web sources on these events. We include only the most respectable, of course.

This online research, however, has brought us a step closer to the original mystery. How did this story about the phantom movie get started? Aha, broadsheets. Can we find this broadsheet? Yes, we can. Will its text shed some light on the subject? It depends on what kind of light you want to shed. Smoking gun on psychic phenomena? Well, no. But a glimpse into what constituted a meme in 17th-Century England? Certainly.

A Great Wonder in Heaven...

...shewing the late apparitions and prodigious noyses of war and battels, seen on Edge-Hill neere Keinton in Northampton-shire. Certified under the hands of William Wood Esquire, and iustice for the peace in the said countie, Samuel Marshall preacher of Gods Word in Keinton, and other persons of qualitie.

That? Oh, that's the title of the tract. It was printed in 1642/3. We can find the text in an 1832 book by a certain Lord Nugent called Some Memorials of John Hampden, vol 2. The editor described the document in an interesting footnote, which reads in part:

The world abounds with histories of praeternatural appearances the most utterly incredible, supported by testimony the most undeniable. Here is a ghost story of the most preposterous sort.

We gather Lord Nugent didn't believe this story, which is listed in catalogues as London: printed for Tho. Iackson, Ian. 23. Anno Dom. 1642. [i.e. 1643] and catalogued by the National Library of Australia under 'Thomason Tracts, 15:E 85 [41]', so if you're in the neighbourhood, you can go and find it.

Here is a snippet from the account, as rendered in Lord Nugent's appendix:

That there hath beene, and ever will be, Laruae, Spectra, and such like apparitions, namely, Ghosts and Goblins, hath beene the opinion of all the famousest Divines of the Primitive Church...

But to our Purpose. Edge-Hill, in the very confines of Warwickshire, neere unto Keynton in Northamptonshire, a place, as appeares by the sequele, destined for civille warres and battells... at this Edge-Hill, in the very place where the battell was strucken, have since, and doth appeare, strange and portentuous Apparitions of two jarring and contrary Armies, as I shall in order deliver, it being certified by the men of most credit in those parts...
- Lord Nugent, Some Memorials of John Hampden, vol 2, p466ff.

The style really never settles down, but you get the idea. According to the text, some shepherds first saw the apparition around Christmas-time. They informed the local authority figures, a justice of the peace and a clergyman. Again according to the text, the King heard about it in his makeshift capital of Oxford, and sent some of his officials to confirm the phenomenon, which they did. The text concludes with a moral, which might explain why this story became so popular with those who just wished the whole conflict would end quickly:

What this does portend God only knoweth, and time perhaps will discover; but doubtlesly it is a signe of his wrath against this Land, for these civill wars, which He in his good time finish, and send a sudden peace between his Majestie and Parliament.
- ibid.

One thing we have not learned is whether Edgehill is haunted. There are audiotaped interviews with witnesses from the 1950s. We are not calling these people liars. But we might do well to take these second-hand, third-hand, or copy-and-paste website accounts with a very large grain of salt.

We have, however, learned that the spread of edifying ghost stories is not a recent phenomenon. The fact-checking site Snopes.com refers to these questionable stories with appealing morals as 'glurge', defined as 'chicken soup with several cups of sugar mixed in.' When the Edgehill ghost story is combined with the note that it made the villagers get on with burying the bodies, it has definitely wandered into glurge territory.

Spectral armies were frequently sighted in the skies over Germany in the 16th Century. Spectral armies were reported as long ago as Biblical times. Spectral armies foretelling wars, or re-enacting battles, are a recognisable meme. Which doesn't mean, of course, that the Edgehill re-enactment didn't happen. It just makes us very, very suspicious, and reminds us once again to check our sources.

1And previous home of h2g2.