Wrongful Convictions - the Case of Canadian Guy Paul Morin Content from the guide to life, the universe and everything 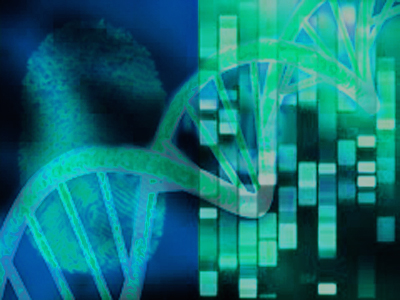 The wrongful conviction of Guy Paul Morin in Canada for the murder of Christine Jessop in 1984 belongs in the annals of legal history as evidence that inaccurate prosecutions can occur in any justice system. The conviction of Guy Paul was based on circumstantial evidence, contaminated evidence, unreliable testimony and poor police work and it took advances in forensic science and DNA fingerprinting to finally clear his name in 1995.

The murderer of Christine Jessop has not yet been found1, but there is still hope that further advances in forensic science will solve the mystery eventually, so that justice will be served.

History of the Crime

Christine Jessop, a nine-year-old girl who lived in Queensville, Ontario, was dropped off by her school bus at her home on 3 October, 1984. Her mother, Janet, arrived home at approximately 4.30pm only to find no sign of Christine except for her school bag in the kitchen. With panic, Janet scoured the neighbourhood looking for any sign of her daughter, but found nothing. It was only at about 8.00pm that same day that Janet called the York Regional Police.

Within minutes, a police investigation team was sent to the Jessop residence, including 15 emergency vehicles, 17 police officers, and the K-9 dog handler unit. The police searched the neighbourhood for clues to Christine's disappearance and gathered evidence.

On 31 December, 1984, the missing person case of Christine Jessop ended with the positive identification of her body on Ravenshoe Road approximately 56km from her home. The case was now a murder investigation. A coroner determined that her body had been lying in a ditch beside the road for between three and four months.

Guy Paul Morin was the 23-year-old next door neighbour of the Jessop family, who lived with his parents. He worked for a furniture manufacturer and enjoyed playing the clarinet and saxophone. His mother was interviewed by a police officer on the day of Christine's disappearance to find out if she had seen anything that could help with the case. The police officer later stated that Guy Paul sat silently and looked straight ahead during that time, which was considered to be suspicious behaviour. The dog handler also reported that the police dog had noted something of interest by placing its paws on the passenger side window of Guy Paul's car

Christine's 14-year-old brother Ken Jessop was interviewed in the early hours of 4 October and was asked to provide a written statement about what had happened during the previous day. This statement was later lost by the sergeant, which was one of many future flaws in the investigation. No fingerprint evidence was collected from the Jessops' home, and Janet was persuaded to change her mind about what time she must have returned to the house - in her first statement, she said she arrived home at 4.10pm, but later said it was after 4.30pm when she discovered her daughter was missing.

The police investigation uncovered evidence that Ken Jessop and some of his friends had molested Christine before she disappeared. Also there was increased scrutiny on Janet Jessop because her husband Bob was in prison at the time and she had a calm demeanour. The police investigators warned her that she could be charged with public mischief if she knew where her daughter was and was only using her as a ploy to try to get her husband released earlier.

However, it was Guy Paul Morin who was the main suspect. After the discovery of fibres and hairs on Christine Jessop and in his car, the police had enough evidence to obtain an arrest warrant. On 22 April, 1985, Guy Paul was arrested and later charged with the murder of Christine Jessop, despite proclaiming his innocence throughout the six-hour-long interrogation.

Guy Paul Morin, represented by Clayton Ruby and Mary Bartley, started his first trial on 7 January, 1986. At the trial John Scott and Susan MacLean, the Crown prosecutors, attempted to prove the defendant's guilt by using the samples of hair and fibre taken from his house and car, which were claimed to match samples taken from Christine's body. They also brought forth the testimony of both an undercover officer and that of fellow inmates which alleged that while in custody Guy Paul made statements that showed his guilt of the crime.

The defence offered the alibi that Guy Paul went shopping after work and returned home at around 5.30pm on the day in question. It was also mentioned that there was evidence that Guy Paul had schizophrenia so if he had committed the crime he may not have been aware of his actions.

Due to the circumstantial nature of the prosecution's evidence and the alibi offered by the defence, the jury found Guy Paul Morin not guilty.

In Canadian Law, as well as a defendant having the right to appeal a conviction, the prosecution also has the right to appeal an acquittal if it can be argued that it was not a fair trial. Also, there is no 'double jeopardy' law, so people can be tried for the same incident more than once.

In the Guy Paul Morin case, the Crown appealed the decision on the grounds that the judge gave the jury wrongful charge in that he directed them to apply the standard of reasonable doubt to individual pieces of evidence in addition to the overall case. They also argued that the evidence as pertaining to the psychiatric condition of Guy Paul was not admissible as it was evidence to support a claim of insanity and therefore had no bearing on the case since the defence was not claiming temporary insanity. In light of these matters, the court threw out the previous jury's verdict on 5 June, 1987, and ordered a new trial.

On 13 November, 1991, the second trial of Guy Paul Morin began2. The trial lasted nine months and heard testimony from 120 witnesses.

The defence focused on Guy Paul's alibi and made no mention of his mental state. The prosecution focused on the testimony of the inmates about the statements made when Guy Paul had been in custody in 1986, and also emphasised the importance of the hair and fibre evidence in linking him to the crime.

On 23 July, 1992, after deliberating the case for a week, the jury came back with a guilty verdict and Guy Paul subsequently received a sentence of life imprisonment.

The defence immediately filed an appeal, but even while it was being processed, a re-examination of the body found traces of semen and new techniques in DNA testing proved Guy Paul's innocence. On 23 January, 1995, Guy Paul was finally free and had his criminal record changed to indicate a complete acquittal.

A judicial enquiry into the case took place in 1997, headed by Judge Fred Kaufman. It discovered that the inmates' testimony was not reliable, as the court had been led to believe, since the prisoners obtained benefits in return for testifying against Guy Paul. It also discovered that the analysis of the hairs and fibres was not as rigorous as had been first assumed. The laboratory where the forensic testing had taken place had been identified as having contamination problems, as the scientists did not always wear lab coats, so fibres from their clothing may have found their way onto microscope slides. Also, the importance of the evidence had been overstated - the hairs and fibres found on Christine Jessop had similarities with those found in Guy Paul's car, but that did not prove that the girl had been in the car.

The final report made 119 recommendations, including more training for police officers to help them avoid 'tunnel vision' when looking for and dealing with suspects, stricter guidelines for determining the reliability of testimony from prisoners, less reliance on 'consciousness of guilt' evidence where people's 'suspicious' behaviour is used against them, improved reporting of forensic evidence in court, and the establishment of a national DNA bank. Many of the recommendations have been implemented since then, including the establishment of the DNA bank in 2001, and policies in Canadian Law are regularly under review with the aim of preventing miscarriages of justice in future.

Following the enquiry into his wrongful conviction, Guy Paul received a settlement of 1.25 million Canadian dollars3 to compensate him for the time he lost after spending 18 months in prison and having the charges hanging over him for more than ten years. After his acquittal Guy Paul managed to get on with his life - he married in 1995, started a family, continued with his music and set up his own business as a handyman. The Jessops struggled, though - Janet and Bob divorced and both moved away from Queensville - and they still wait for justice for their daughter Christine.

1Following his acquittal, the formal investigation considered and cleared over 300 suspects before the dedicated task force was disbanded in 1998.2It had been delayed for so long because the defence had made several attempts to argue that the retrial should not take place and the original 'not guilty' verdict should stand.3Around 800,000 US dollars.