History of the US Social Security Pension Scheme Content from the guide to life, the universe and everything 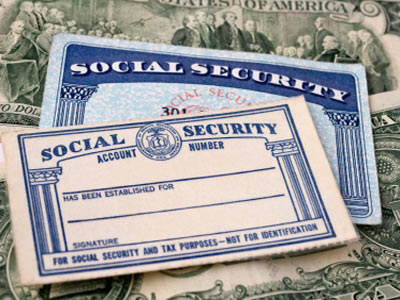 The Social Security System is a scheme run by the US Government where taxpayers make regular (mandatory) contributions to a trust fund, expecting in return that when they get old or infirm they can draw on it. This was not always the case.

The Great Depression of 1929-39 was the worst economic depression ever experienced by the industrialized world. Banks were forced out of business due to insolvency, businesses shut down, farm income was cut by half and unemployment reached 25 percent in the United States.

On 14 August, 1935, in the midst of this economic chaos, US President Franklin D Roosevelt signed the Social Security Act into law, creating a national program to provide a source of continuing income to workers after retirement. While this program did not have all of the provisions that Americans now think of when considering Social Security, it did include provisions for unemployment insurance, old age assistance, help for dependant children and grants to the individual States to provide medical care to the indigent.

The original Social Security Act created two major programs, known as Title I and Title II. Title I provided grants to the individual States to support various welfare programs for the elderly. Title II was responsible for what most Americans consider to be the Social Security program. It provided benefit payments to a worker upon retirement at age 65.

Every program participant was to be assigned a unique identifying number, so payments deducted from payroll checks and made by benefit checks could be tracked. Application forms were distributed in November 1936 and numbers were assigned in local post offices, which collected the completed forms and presented them to Social Security field offices, which then forwarded them to a national office in Baltimore, Maryland. Social Security numbers were transferred to the master file of employment earnings records kept at that office.

The collection of Social Security taxes, authorized under the Federal Insurance Contributions Act (FICA), started in January 1937. The vast majority of workers in the United States today still see a FICA deduction taken from their paychecks.

Payments made by the Social Security Administration from 1937 to 1942 were to be in the form of a one-time lump sum, since workers who retired before then could not have participated in the program long enough to receive lifetime monthly benefits. The first applicant for a lump sum payment was Ernest Ackerman of Cleveland, Ohio. Mr Ackerman retired one day after the program started. He paid in a total of five cents and received a lump sum payment of 17 cents.

Amendments to the Social Security Act in 1939 added provisions to pay monthly benefits to the spouses and minor children of retired workers, and monthly survivor benefits to the families of workers who died before retirement. These amendments also brought forward the year in which monthly payments would become available from 1942 to 1940.

Ida May Fuller, of Ludlow, Vermont was the first person to receive a monthly benefit payment in the amount of $22.54. She started receiving her benefit payments at the age of 65. By the time she died at the age of 100 in 1975, she had received a total of $22,888.92 in monthly Social Security payments.

In 1950, amendments to the Social Security Act increased benefit payments for the first time, compensating for the effects of inflation over the previous ten years. Benefit payments were increased periodically, by acts of the United States Congress, until 1972, when legislation was passed to allow for automatic annual increases based on the annual increase in consumer prices. These increases are known as Cost Of Living Allowances (COLAs).

Reduced benefit payments were made available to women retiring as early as age 62 in 1956. This option was granted to men in 1961.

On 30 July, 1965, President Lyndon Johnson signed a bill authorizing a federally-funded health insurance program, Medicare, which provided health care coverage to virtually all Americans aged 65 or older. The very first Medicare insurance card was issued at the signing ceremony to former President Harry Truman. Within three years of its creation, almost 20 million people had enrolled in the Medicare program, which is essentially a limited socialized medicine program.

Legislation in 1972 did more than start automatic COLAs. It also created an automatic adjustment in the wages subject to FICA withholding. A new program, Supplemental Security Income, was started to establish minimum amounts for retirement benefits. Other provisions passed at that time adjusted the formula for men who retired at age 62 to make it match the formula used for women, made people who had received disability benefits for at least two years eligible for Medicare health insurance benefits (previously available only to people aged 65 or older) and allowed for Delayed Retirement Credits, increasing the amount of any benefit paid to people who continued working after reaching age 65.

Sixty years ago the ratio of people paying into the trust fund versus those collecting was 16:1, today it is 1.7 to 1. This means that each taxpayer now has to assume more than eight times the burden they did then just to keep the program solvent.

A 1975 report by the Trustees of the Social Security Trust Fund recognised that the fund was in an underfunding crisis, both in the short term and the long term. The bad state of the economy was responsible for the short term crisis. Without intervention, the fund would be completely depleted by 1979. The anticipation of an ageing baby boom generation was the primary cause of the long term problem.

It is worth noting that highly paid workers do not have FICA taxes deducted from all of their earnings. The maximum annual earnings amount subject to this withholding is adjusted periodically. In 2010 the maximum was $106,800.

A second short term crisis resulted in a significant number of modifications to the Social Security program, including mandatory participation by employees of non-profit organizations and all federal employees hired on or after 1 January, 1984. The individual States were prohibited from excluding Social Security coverage for State and local employees.

Benefits were reduced for workers who first became eligible for both Social Security benefits and a pension from work not covered by Social Security after 1985, eliminating an unintended windfall for those workers. Self-employed individuals were required to pay at a rate equal to the combined employee and employer rates. Workers over the age of 65 who were still employed while receiving benefits were to have those benefits reduced by one dollar for every three dollars of earned income above a certain amount, beginning in 1990. A portion of Social Security benefits became subject to federal income tax if a total income floor was exceeded. The age at which full benefits are available will gradually increase, reaching 67 by the year 2027. This increase is being phased in based on the year in which the worker was born. A person born before 1938 was eligible for full retirement benefits at age 65. A person born after 1959 will not be eligible until reaching age 67. Those born from 1938-59 become eligible somewhere between ages 65 and 67.

Not all of the changes passed in 1983 were designed to increase the funding status of the Social Security trust fund. The divorced spouse, age 62 or older, of a worker was allowed to file for benefits whether or not the worker, being eligible for benefits, had applied to receive them. Surviving spouses' benefits were increased for those married to workers who died before age 62.

Legislation passed in 1996 stated that new applicants for Social Security or SSI benefits would not be eligible if drug addiction or alcoholism were material factors to their disability. Persons in this situation who had previously been approved for these payments saw their benefit payments end as of 1 January, 1997. The amount that a retired worker was allowed to earn before benefits were decreased was also raised under that legislation.

Although there have been a series of minor modifications made to the Social Security program since 1996, the program has not been changed in any meaningful way from then to the date of the writing of this Entry in January 2011.

1But only after it had first been offered to Social Security Board Chairman John G Winant, a former Governor of New Hampshire, who declined it, and then to the Federal Bureau of Old Age Benefits' Regional Representative of the Boston Region, John Campbell, who likewise declined.