Caryl Chessman, The Red Light Bandit Content from the guide to life, the universe and everything 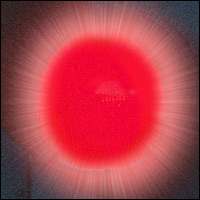 Caryl Chessman, otherwise known as the 'Red Light Bandit', was born on 27 May, 1921, in California, USA. He was executed on 2 May, 1960, in the gas chamber of California's San Quentin State Prison.

There are certain places, sometimes known to romantic motorists as 'lovers' lanes', where it is possible to have sex in a parked car. While it is true that there are many other places to get intimate with a partner in greater comfort (such as hotels), the advantage offered by lovers' lanes is that they are cheaper than hotels, usually costing only as much as the petrol consumed in keeping the driver and his or her guest warm, and occasionally the price of a service call when romance has placed too great a burden on a car's battery. The disadvantage of lovers' lanes is that they are usually fairly dark and secluded places, compared to all but the cheapest hotels.

Some people find that darkness and seclusion adds to the mystique of lovers' lanes, and makes them all the more appealing when it comes to sex, especially the sort of sex which is best kept in the shadows for other than aesthetic reasons. Some people find that lovers' lanes are appealing because they are, after all, still public places; the risk of being observed by a stranger adds an element of excitement not to be found in a hotel room or any other space in which the random addition of other people is less probable.

It is, however, this very quality of darkness, seclusion and the risk of discovery that makes lovers' lanes potentially dangerous places for people who have made themselves especially vulnerable by taking off their clothes.

The Red Light Bandit was a fan of lovers' lanes and any dark and secluded spot where he could rob the occupants of parked cars by pretending to be a Los Angeles Police Officer. He did this by shining a red light (similar enough to the ones used by the police) in order to shock, surprise and thus fool couples, all of whom must to some degree have anticipated being disturbed.

Some couples were lucky enough merely to suffer the combined indignities of coitus interruptus and armed robbery. Others were far less fortunate. Sometimes his female victims were kidnapped and sexually assaulted. This would lead to the Red Light Bandit's undoing when he was eventually arrested on 23 January, 1948.

Judged by Californians of the day to be far worse than mere robbery or even rape, kidnapping and causing bodily harm was by this time a capital offence under California's so-called 'Little Lindbergh' law. By moving his female victims to another location and there causing bodily harm, the Red Light Bandit was considered to have broken this law, written in response to the famous Lindbergh baby kidnapping of 1932 (dubbed 'The Crime of the Century'), and as a result, the Bandit would consequently be sentenced to death.

Caryl Chessman was a career criminal who had already spent most of his life behind bars when, in 1948, he was convicted of being the Red Light Bandit.

In a sense, Chessman was the victim of his own success. His modus operandi had earned him such a degree of notoriety that nothing less than the maximum punishment allowed by law would satisfy the public's craving for revenge. It was Chessman's misfortune that the law now allowed the state to put him to death for his crimes.

It would be hard to overstate the shock and revulsion caused by the kidnapping of the 20-month-old Lindbergh baby and the subsequent discovery of his remains, parts of which had been carried off and presumably eaten by animals. He was, after all, the son of Charles Lindbergh, who, in 1927, had been the first person to fly solo non-stop across the Atlantic. Lindbergh was a hugely popular celebrity in the USA, a man of enormous influence and prestige. The idea that kidnappers who caused bodily harm to their victims should be put to death for their crimes seemed a very reasonable response to such an outrage.

Chessman found himself on trial for his life, not because he had killed someone - he hadn't, as far as was known at the time - but because the nature of his sexual predation was shocking and as he had moved his victims just a short distance to a more convenient spot, he could be considered guilty of kidnapping under the law.

He chose to defend himself at his trial, claiming that the confession he had signed had been forced out of him by police brutality. Nevertheless, the testimony of eyewitnesses proved to be enough to convict him of kidnapping with bodily harm and Chessman was sentenced to death.

In many parts of the world, life expectancy is short after a sentence of death is passed. But in America it is possible to languish on 'Death Row' for years before being executed, while legal technicalities are argued and all possible avenues of acquittal and mitigation are explored. Caryl Chessman waited for 12 years before he died in the gas chamber of San Quentin prison.

While he was waiting to be killed, Caryl Chessman became a bestselling author and an icon for people in America and around the world who opposed the death penalty. Among those who were moved to speak out against Chessman's execution were such notables as the English novelist and social commentator Aldous Huxley and the Spanish cello virtuoso Pablo Casals.

Chessman's execution was stayed eight times. A ninth stay of execution is said to have arrived moments too late to save him from the lethal hydrogen cyanide gas which had just been released into the chamber.

Many more books have been written about Caryl Chessman, his career in crime, his trial, execution and his place in the debate over capital punishment.

Cell 2455, Death Row was made into a feature film in 1955, starring William Campbell.

In 1977, Alan Alda - better known for his leading role in the American television comedy series MASH - played Caryl Chessman in the made-for-TV drama Kill Me If You Can.