Roman Navy Ranks Content from the guide to life, the universe and everything 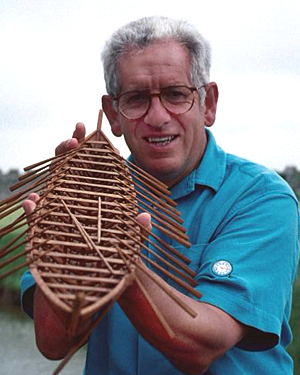 The Roman navy was an auxiliary branch of the army, a term applied to any military force that was not a legion. They were regarded as second-class soldiers as they were normally recruited from the non-citizen population of the provinces. Auxiliaries were paid 16% less than the men of the legions, and the fixed-term service was extended by a year to 26 years. It was not all bad, as the men that survived the 26 years were granted Roman citizenship on retirement.

The auxiliary part of the navy were the marine cohorts, and the ships' crews. Officers were civilians though it was also possible to find legionary officers placed in charge of marine cohorts. All officers above centurion and squadron commander were normally appointees from the upper classes.

Just as in the Roman army, class was an important factor. Only those men of the highest social rank could hold the highest ranks in the Roman navy. All classes of freeborn citizens could rise to hold the other ranks, but as in the army, social barriers prevented promotion beyond the rank of Centurion. As the navy was regarded as an inferior service, there were few career soldiers to be found among its ranks.

Further ranks included The Fabri, trained wood and metal workers who maintained the ship. They were supervised by an officer called the Nav Phlax. There were also men who acted in a religious capacity, however there is no rank or title recorded for this group.

1Eques Romanus were involved in trade and were among the wealthiest classes in Roman society.2This began in the reign of Claudius.3Classis referred to a fleet, so the Classis Ravenatis was the fleet with the home port of Ravenna.4Trained private footsoldiers of the Roman legions.5Remiges (the Latin term for 'oarsmen') is also the name given to the feathers located on the posterior side of a bird's wing.