Yodelling: The Other Vocal Technique Content from the guide to life, the universe and everything 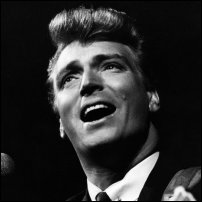 Opera and other formally trained singers ordinarily slide fluidly from one tone to another. In contrast, yodellers intentionally include abrupt vocal pops - rough patches on the otherwise smooth road between notes. Though often associated with lederhosen-wearing oom-pah bands and Hollywood singing cowboys, yodelling is a feature of many musical styles throughout the world.

In bursts of national or regional pride, some yodelling enthusiasts insist that yodelling was invented by the Tyroleans in the Alps, and it spread from there throughout the world. While there is no doubt that alpine yodelling is an important cultural attribute, regional export, and tourist attraction, the ubiquitousness of yodelling makes it unlikely to have had a single source.

In his 2004 book Yodel-ay-ee-oooo: The Secret History Of Yodelling Around The World, Bart Plantenga makes the case that yodelling is common to all human cultures, from our early ancestors to modern performers in all parts of the world, and in many musical styles such as jazz and blues in addition to the well-known alpine and country-western genres. His numerous examples include such diverse yodellers as Pygmies, Hawaiians, Hollywood singing cowboys and cowgirls, Bollywood stars, and vaqueros1. Plantenga provides audible proof of the universal appeal of yodelling in his 2006 CD, The Rough Guide To Yodel.

Cowgirl singer Patsy Montana's 1935 yodelling hit I Want to Be a Cowboy's Sweetheart was the first million-seller song by a female country artist. Frank Ifield put his distinctively polished brand of yodelling at the top of the charts in 1962 with I Remember You and Lovesick Blues. Dutch progressive rock band Focus had an international yodelling hit with Hocus Pocus in 1973.

What Makes A Yodel?

The glottal stop, an ordinary consonantal sound represented by its own letter in many languages, is a necessary yodelling ingredient. A glottal stop can be heard when saying 'uh-oh' and 'Hawai'i.'

The epiglottis is the human physiological feature used to produce a glottal stop. The neck houses two tubes, the trachea or windpipe leading to the lungs, and the oesophagus leading to the stomach. The trachea contains the glottis, that is, the larynx and vocal folds that vibrate to produce the voice. The epiglottis is a cartilaginous flap that covers the glottis during swallowing, guiding food and liquids away from the trachea and into the oesophagus.

Your range stretches from the lowest note you can reach to the highest. A register2 can be defined as a continuous portion of a singer's range in which all of the notes share a similar tonal quality.

The chest voice3 or natural voice is the lower register of singer's range. Most people speak in their chest voice, or to put that another way, the chest voice usually includes ordinary speaking tones.

The head voice4 is a singer's upper register. While trained singers fully exploit this range, most people only use their head voice for such tasks as impersonating Mickey Mouse, singing along with the Beach Boys, and calling dogs.

The chest voice and the head voice overlap somewhat, so that some notes can be sung in either the head voice or the chest voice. When singing in the part of the register shared by both the head and chest voices, most singers experience a transition, called a break5 or passaggio6. Yodelling is easiest right around your break, so it is worth spending a few minutes trying to find it.

The bronco went up and the cowpoke came down,
They met at the old saddle horn.
It made a deep impression, you could say it changed his life,
And that's how the yodel was born.
- The Riders In The Sky

Exercise 1: Loudly sing a note that starts in your chest voice and then sweeps higher and higher until it is way up in your head voice.

Exercise 2: A bit more loudly, sing a note up in your head voice and swoop the note down into your chest voice.

Did you hear a break in your voice? If so, congratulations. You found the part of your vocal range where your yodel naturally occurs.

Exercise 3: Relax and loudly sing along with recordings of a yodeller whose vocal range is similar to your own. Hank Williams, Jimmie Rodgers, or Sons of The Pioneers might work well for lower voices. Researchers with higher vocal ranges might try Carolina Cotton, Shirley Field, or Daughters of the Purple Sage.

If you have had voice lessons, it might be difficult to produce a break. Formal vocal instruction generally steers the student clear of yodelling, working toward minimising - not emphasizing - breaks between vocal registers. You might try more drastic measures, such as practicing your Tarzan yell along with Johnny Weissmüller.

Exercise 4: Once you find your break, use a glottal stop to make it bigger. It is not necessary to sing syllables such as, 'yo-del-ay-del-hi-eee-hoo' to produce a yodel, although moving from an 'oh' or 'ah' sound on a low note to an 'ee' sound on a high note helps.

As a humorous example of how not to learn to yodel, the Loriot7 sketch Jodelschule stars Evelyn Hamann as a housewife attending yodelling school in pursuit of her yodel diploma and Vicco von Bülow as the professor who drills the class extensively in the correct pronunciation of nonsense yodelling syllables, but somehow neglects to teach his students to sing.

Ultimately, yodelling takes practice. Douglas Green, who sings as Ranger Doug of the The Riders In The Sky, advises practicing 'in a truck, with the windows rolled up. If you try to do it at home, you will alienate friends and family, neighbors and pets. Maybe local wildlife. My kids both took trumpet, and you can imagine how horrible that was, in the beginning. That's what yodelling's like.'

Wylie Gustafson, the famed western singer whose yodel is used to advertise Yahoo.com, included the following disclaimer with his instructional book plus CD, How to Yodel: Lessons To Tickle Your Tonsils, 'I, nor the publishers of this book, will be responsible for the consequences resulting from techniques used in this book, including stampeding buffalo, frightened pets and children, avalanches,....' Clearly it helps to have a sense of humor when learning to yodel.

Examples of yodelling can be found in many musical styles and vocal traditions around the world. As a vocal technique, yodelling can be mastered with practice. From joyful yips to soulful mourning wails, yodelling is a part of human expression. And that's something to yodel about.

1Mexican cowboys.2There are several competing theories regarding vocal registers. Some voice instructors teach that there are two vocal registers, others say three, four, five, or more. One school of vocal instruction insists vocal registers don't exist.3Each competing theory of vocal instruction uses its own naming conventions for registers.4The head voice is sometimes called falsetto but only in male singers.5The term break can be used to describe any fluctuation in vocal tone. This entry only addresses deliberate breaks, as opposed to the unintentional voice breaks adolescent humans can experience as they become accustomed to their adult-sized vocal cords.6Passage.7The stage name of German comedian Vicco von Bülow.