The Strange Case of the Missing 'N' Content from the guide to life, the universe and everything 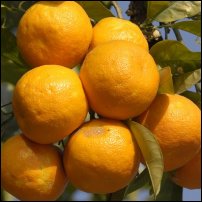 Many words in the English language have changed their spellings over the centuries. Those which date back to Middle English in Mediaeval times have changed more than most; those which are even older are barely recognisable from their Old English equivalents.

For all of that, the pronunciation of words has probably not varied as much as the spellings, and if we were to find ourselves transported back to an earlier era, we may find that we would be able to understand a lot of what was being spoken, even if it seemed unrecognisable when written down.

There are a few words which have changed their spellings as a result of them being used with an indefinite article in front. One of the best-known examples is the species of snake known in English as an adder.

Adder was originally spelled naedre in Old English. It was used as a generic name for a serpent, as well as a term for the devil. The word survived into Middle English in the 12th-14th Centuries, by which time it was spelled 'naddre'. When you spoke about one of these snakes, you would call it 'a naddre', but this was often incorrectly written down as 'an addre'. This incorrect form survived to the present day, with a small spelling change at the end. We have lost the initial 'N' for good. Nowadays, the adder is Britain's only poisonous snake, Pelias berus, also known as the Common Viper, but the name still exists for a number of foreign snakes, including the Horned Adder and the Puff Adder.

This mechanism by which words become corrupted by gaining or losing letters to indefinite articles is an example of a phenomenon known as 'metanalysis', a term coined in 1914 by the linguist Otto Jespersen. This entry lists a few other examples where letter 'N's have been lost and found over the years.

Do you know where your aitch-bone is? It's in your buttocks (so, no points if you guessed the elbow). It was a popular cut of beef at some point in the past, but an aitch-bone is really a nache bone, deriving from the Latin nates for buttocks. Doctors in the 16th Century also used the word 'nates' for the anterior optic lobes of the brain, because they reminded them of the shape of buttocks.

For centuries, many workmen have worn a protective covering of leather or linen tied to the front of the body - a garment which which we now know as an apron. It's an emblematic badge of freemasonry, signifying a willingness to work and a dedication to a life of purity before God and man. Many lodges will present newly-qualified Master Masons with one; it will generally be made of white lambskin, and will almost certainly not be one of those PVC ones printed with cartoon stockings and suspenders.

You've probably guessed by now that 'apron' is another corrupted word, and it was once a napron. It came via the Old French word naperon from the Latin mappa, a table napkin.

Our next corruption is certainly the most boring example. An auger is a tool with a long handle and a spiral or helical bit on the end which is used to bore holes in the ground. It's a handy tool for erecting fence posts, and large hydraulic ones exist for telegraph poles. Originally it was a carpenter's tool, and an auger was, you guessed it, 'a nauger'.

In Old English, it was a nafu-gár, literally 'a wheel hub piercer'. Interestingly, the Dutch equivalent of the word has also lost its initial 'N'.

Not the Only Fruit

Sometimes the 'N' has disappeared even before a word joins the English language. The peelable citrus fruit that we know as the orange is known as naranja in Spanish, retaining the leading 'N' that the word had when it arrived into Europe from the East. It had lost its 'N' in Italian and French before it reached Britain, otherwise we could be happily referring to it today as a 'norange'.

The small, long-tailed amphibians we know as newts aquired their initial 'N' from adding the indefinite article 'an' to the Old English word efeta, which has been spelled in all sorts of ways in regional dialects, including 'ewt'. We still use the word in the alternative form 'eft', but this tends only to appear in crosswords these days.

The natterjack toad, Bufo calamita, is possibly another misnamed amphibian. The OED suggests it may once have been 'an atter-jack', 'atter' being an obsolete word for venom.

The origin isn't entirely clear of the quaint 20th Century English greeting naff off, beloved of a wide cross-section of society from Norman Stanley Fletcher in Porridge right through to Princess Anne (who presumably renders it closer to 'neff orf'). It's quite possible that the phrase derived from 'an eff off'. There have been alternative suggestions, though, some involving slang terms for genitalia, but we won't dwell on them here.

The word 'naff', meaning 'awful' or 'tasteless', features heavily in the secret slang language of Polari.

One of the most offensive phrases ever to leave the lips of the Machiavellian stowaway Dr Zachary Smith in the 1960s US TV series Lost in Space was the word ninny. He generally reserved it for the robot, who invariably took all of Smith's evil commands too literally. The epithet had to compete with others such as 'you bubble-headed booby!' and 'you ludicrous lump!'

'Ninny' is believed to be a mangled version of 'an innocent'.

The nurse shark, Odontaspis arenarius, isn't named after the person who you might need to see after encountering one in shallow waters; it's believed to be a variation of huss, or dogfish, with a borrowed 'N'. Huss is still popularly found in British fish and chip shops.

From time to time, metanalysis occurs temporarily before a word reverts to its original form. William Shakespeare notably used the word nuncle in King Lear, a popular contraction for 'mine uncle' or indeed 'thine uncle'. 'Naunt' is another example.

In his 1530 work The Moral Play of Wit and Science, John Redford includes this line which would make it through any Mediaeval profanity filter:

We'll end with something that most of us have had from time to time, a nickname. It's not your real name, of course, neither is the word 'nickname' entirely true to its origins. It derives from eke-name, 'eke' being an obsolete English word for an addition or supplement.