An Idiot's Guide to Trolling Content from the guide to life, the universe and everything 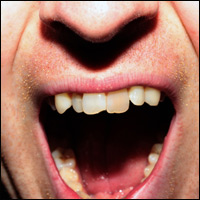 If there's one thing that's almost certain – nay, guaranteed – to rile up the unwashed masses of an online forum, it's trolling: the act of posting deliberately inflammatory remarks on a message board or online forum in the hope of starting an argument. Pages and pages of text have been written all over the WorldWide Web lamenting the presence of these 'trolls' – shadowy characters who seemingly exist only to irritate others.

But as any egotist worth his weight in gold knows, bad publicity is far superior to no publicity – so let's look at how to get some of that sweet, sweet infamy.

Guerrilla Warfare for the Online Generation – Trolling For Beginners

Before you begin, you'll need to make sure you're properly equipped. As you're reading this Entry, you'll have access to either an internet-enabled PC, or some sort of internet-capable mobile phone. Excellent! You are now fully equipped to start your campaign of terror. So let's get this show on the road.

The first thing you need to do is identify your target. Don't worry, this won't involve any thought, intelligence or consideration on your part – just a dictionary and a search engine. Open your dictionary and pick a word at random. Let's say it's 'kittens'. Now head over to your search engine and put in your topic, along with the word 'forum'. This should (hopefully) take you to a forum populated with people who are completely besotted with your word1.

Great. Now set up a username. Make sure this is as offensive as possible, as you'll never be using it again. Now click onto the most innocent looking thread you can find and post one line of absolute drivel railing against whatever topic the posters on your target board are for. Don't worry about spelling, grammar or lucidity – and make sure you use at least five exclamation marks to get your point across. You should end up with something that looks like this:

I Like Kittens Introduction Thread
Kittenz-R-well-pants says:
I luv dogs!!!1! In fact the only fing that kittenz are good 4 is ffeeding 2 my rottwiler!!!!

Congratulations, you've taken your first steps into a much more irritating world. Now log out and abandon your diabolical alias – that way they'll never find you. Hit and run, that's the beginner's motto. Dive headlong into someone else's conversation, derail it completely and melt back into the shadows before you can be hit with a devastating riposte. Rinse and repeat with a number of forums until you feel comfortable enough to move onto moderate trolling.

Phew! There is no moderate trolling section! That's because your path to Internet infamy is as easy as feeding a kitten to a rottweiler. From here on in it's advanced trolling all the way – but don't worry. You still don't need any thought, intelligence or consideration to win the attention that you so richly deserve. Just that Internet connection.

Hopefully by now you'll have found a forum that's populated by people who on the outside seem sane, welcoming and forgiving. Don't be fooled! You'll be able to get some attention here, and the challenge will make it all seem worthwhile. Pick yourself a username and get ready to post. Don't rush in with threats of kitten murder straight away though, you'll need to integrate yourself into the community. Ignore your egotistical urges, and attempt to be sane and reasonable. Make notes of anything that the community seem to agree on – especially with regards to politics or religion. Then, after a month or so, it's time to reveal yourself.

Fire up a new thread, with an intriguing question for a title – something like Can there be world peace without building an altar to the Kitten-Eating Rottweiler Dog? You now have to argue vehemently that unbridled worship of a fearsome canine figure is key to solving any and all problems in the world. Don't worry about paltry facts, evidence or punctuation – just post the same statements over and over again. By now, those sane and welcoming people will be so riled up that you should have dozens, if not hundreds of replies.

Now's the time to step it up a gear. Rinse and repeat with a similar thread – something like Get Ready, the Kitten-Eating Rottweiler Dog is coming! Again, echo the same unwavering beliefs that your baseless, factless, tactless argument is the most important thing in the universe. Repeat this over three or four more threads and you'll have accrued thousands of responses, and those sane and welcoming people will be hurling vitriol at their screens.

Well done – you are now a fully-fledged Internet troll, and you've managed to ruin the days of a handful of complete strangers. Even more importantly, you're now infamous!

Now dust yourself off, go outside, make some friends and do something constructive with your life.

1Please note: If your dictionary search results in an obscure word such as 'parvanimity', you should probably pick a new one. And learn to appreciate irony.