Introducing the Raspberry Pi - Peripherals You'll Need Content from the guide to life, the universe and everything 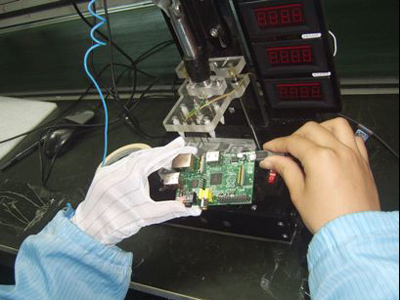 The Raspberry Pi is a full computer in itself but, as with any computer, it needs to be able to interact with the real world. Most people will therefore want to connect it to a screen, keyboard, mouse and so forth. This Entry will look at the peripherals you'll need to run a Raspi.

Some websites officially licensed to sell the Raspberry Pi are also able to provide bundles that include various cables and peripherals.

A USB hub will allow you to plug additional devices into a single USB port. A powered USB Hub can supply devices with power itself, saving the Raspberry Pi from the extra load.

In order to see what your computer is doing, you'll need a television screen or a computer monitor1. There are several options for connecting a Raspi to a screen:

Some readers will note that a DVI output can be converted to VGA, which is used by many computer monitors. This is true, but the VGA uses the analogue part of the DVI signal. This is not present when the DVI cable is itself being fed by a digital HDMI output. In other words, you can't convert from HDMI to DVI and then to VGA using simple adaptors.

There's also a problem with converting from composite to VGA. While the colour data (red, green and blue) is present in both, they use different forms of interlacing (the way in which the lines of colour appear on your screen). As a result, a powered signal converter is generally required, possibly costing a few times more than the Raspi itself.

The Raspberry Pi Foundation have stated they plan to look at ways of providing a VGA output, so check before you buy a new monitor!

If you aren't using a television for both the picture and sound, you'll probably want to connect some speakers or headphones. A large number of these will work without any trouble, as the 3.5mm jack used by the Raspi is the standard used by most audio devices. If your headphones have got one of the much chunkier '1/4' jacks, then a simple adaptor will do (1/4 socket to 3.5mm jack – a metal adaptor with a big 1/4 socket and a little 3.5mm pin). If instead you want to connect to the red and white RCA sockets on a TV or stereo, you'll need a 3.5mm jack to RCA adaptor cable.

You'll need at least a keyboard in order to type commands and, if you're using a Graphical User Interface (GUI – an interface that lets you click on things with a mouse) then you'll also want a mouse. A wired USB mouse and keyboard set will be sufficient2, though if you've only got one USB port you'll need to buy a USB hub.

Alternatively, wireless keyboard and mouse sets will attach via a single USB port. It's worth checking that a wireless set uses the standard Human Interface Device (HID) input; fortunately, most sets that use a little USB stub wireless receiver use HID and are thus Linux-friendly.

The Raspi comes with a memory card reader that takes SD and MMC memory cards. You'll need somewhere to store your operating system and files, and a memory card is a little more practical than an external Hard Drive Disk. SD cards can be bought cheaply online for less than a pound per gigabyte, so it's worth getting at least 16GB if not more. Reputable names include Secure Digital and Kingston. To make life easier, the Raspberry Pi Foundation will be selling memory cards pre-loaded with a GNU/Linux operating system, removing the need for you to download these onto a formatted and partitioned memory card using a normal PC.

This isn't obligatory, as you can run the Raspi using programs copied onto the memory card without ever connecting to the Internet. However, if you want to connect there are a couple of ways of doing it:

A 5V Micro USB power supply is probably the simplest solution. You may already have one, as they are commonly used as chargers for various tablets, phones and 'satnavs'. Such chargers will usually provide at least one ampere of power – greater than the 500mA and 700mA required for models A and B respectively. One word of caution: if you don't already own a 5V Micro USB charger, make sure you buy from a reputable supplier, as there are knock-off versions out there that can cause damage to both yourself and your computer.

An alternative is to use a USB 'A' to Micro USB cable, often used to plug mobile phones into a USB slot on a computer in order to transfer data. You may be able to use this cable to power the Raspi using another computer's USB slot, or anything else that can be rigged to safely provide power via USB.

Though not technically a peripheral, a case is highly recommended. The ideal case should act as an insulator to prevent anything touching the circuit board while allowing access to the peripheral slots. You could make your own case out of almost anything, or alternatively buy a case either from the Raspberry Pi Foundation or a third party retailer.