Just who do I think I am, anyway?

(Don't even think about clicking here!)

I'm what's sometimes referred to as a Stay At Home Mom (SAHM), because I don't have an outside job and don't get paid for the work I do around here. (Believe me, I've put in my time as a poorly paid peasant in the working world, now I've been reduced to household drudge.) But then I seem to be out and about running errands here and there a lot, so the designation as a stay-at-home is somewhat of a misnomer.

When I'm home, I'm either wasting time on this computer-y thing, doing some kind of sewing or craft such as crochet, needlepoint, cross stitch or basketweaving. I've also tried knitting, but I never really have gotten the hang of it. In recent months Avenging Washcloth has begun to teach me how to knit properly, and so far, I've learned how to make a round dishcloth, in addition to the basic diagonal dishcloth.

Some of those crafts I haven't done for years, but I do have proof positive that I've done them. If you ever saw my sewing room and the stacks of completed but unframed cross stitch projects, plus the stack of afghans, you'd agree. Obviously, I haven't had as much difficulty with the other crafts I've tried, seeing as how everyone I know has an afghan I made (except for you fine people, but the day could come when you too are stuck with one of them), and the walls are full of cross stitch pictures. But the materials to do those crafts don't just fall out of the sky into my hands, so I tend to hit the craft and fabric stores every time I start getting low on supplies. Or want to try a new craft. Or just want to start on a new project whether I've finished the one I'm working on or not...

Lord Scott and I live in Lancaster County, Pennsylvania (yes, *that* Lancaster county, the one where the movie Witness was filmed, home of so many Amish, some of whom I have the honor of counting as my close friends), where we are raising our family: Amy † and Shorty †. 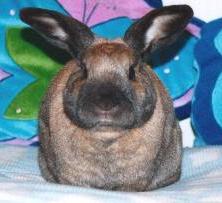 We also have a growling, lunging, biting, disagreeable

Wouldn't you much rather have some nice quiet fish instead?

Lord Scott has a rather extensive collection of old computers that he likes to tear apart and upgrade regularly, and a nice selection of antique radios scattered throughout the house.

Oh, yeah, and I'm the head chauffeur, chief cook and bottle washer around here. And I do mean washer. None of those new-fangled dishwashers in this house, no-siree. Unfortunately.

I'm also the pyromaniac who keeps the house warm all winter. We have a fireplace insert where I keep a blazing fire going, round the clock, if need be. This necessitates carrying a lot of firewood, which incidentally builds big shoulder and arm muscles. Because I got tired of messing with kindling and wood that just didn't want to catch fire, I was soooooo glad when a Real Life friend of mine told me how to make firestarters.


Anything else you need to know about me, my girls have probably already told you, but if you want to know the truth about it, you can ask me...

By the way... I'm really, REALLY, *REALLY* not a geek... I needed help (and lots of it) just to do this page, and figure out this little bit of geeky information for you!


,
I'd like you to meet my Goo Monster. Goo Monster, I'd like for you to be nice to ... Don't worry , he hardly ever bites any more! Really!

After much procrastination, I've finally moved Lady Scott's Adoption Center to it's own page!

I was really hoping that would stop by and join the family... *sigh*

Repeat after me:
"The days of the week shall be known henceforth and forever as Sodit, Wimpy, Wibble, Thing, Poets, Doobry and Dontbry!"

Pretty cool with Shea's Thingite Banner at the top, isn't it?

Read The Manifesto for the Campaign to rename Thursday, "Thing"

Then stop by The Longest Thread on H2G2 to be gabbled into the clan, where Clive the Flying Ostrich (our Warlord) will give you a nifty, new, ridiculously grandiose title.

You can pick up your regulation Titanium Spork and uniform here: Uniforms

AND MAY THE SPORK BE WITH YOU!

Ok, so everyone on H2G2 is a real life person, but here's some I've actually met:
Amy † and Shorty † My real life daughters, who you should already know about if you've been reading everything on this page
Clive the Flying Ostrich-Thingite Warlord, good friend, and Amy†'s

sweetheart
Amy Pawloski My first adopted daughter, who I finally met in real life!
TJ and Shea the Sarcastic What fun newlyweds!

Tacsatduck A remarkably well preserved 50 year old
Paul H Watch out for this one! Just when you think he's only telling a story - WHAM! He drops a pun on you!

Mr. Christopher , Me, Myself, and I, The Incomperable Wonk,and Alexandra Marie Chaser, A wonderful group of New Jersey teenagers
Sir The Theory - Local boy, musician, and bookstore slave
Jimi X Teacher and prolific entry writer for h2g2
Zak The Duck Meeting the world traveling babe magnet was quite the experience!
Avenging Washcloth In the

I'm starting a list of people from here that I chat with on IM some of whom have not met in real life as of yet, those I enjoy conversing with at length from time to time at the speed of typing, sometimes for hours at a time, who do not fit into the other categories above (and some I suppose who do fit into some of them) to wit - My H2G2 Friends who have even put up with me elsewhere, on at least one occasion.
Avenging Washcloth
Uncle Heavy
Sergeant Mushroom, aka Cat
Amy Pawloski
Clive The Flying Ostrich
Mike
Elly
Happy Dude
Eris
Sir The Theory
Shea the Sarcastic
Ineffable
Sir Evil Roy
Batty

Talk about surreal... I've even been known to IM these two when they're sitting in the next room! While talking to them on several conversations on hootoo! Are we a bunch of sickos, or what?
Amy †
Shorty †

Did I forget anyone?

Should any of you who aren't on the list think you could stand to chat with me sometime and risk ending up included in the above list you can find me on MSN at ju underscore dill at hotmail dot com or on AIM at judilou82453. From what I hear, the best way to avoid scads of spam is to write anything that looks like an address in words only, and since I've been getting a lot of it lately, I've made that change.

Interesting links to check out

Have you been hanging around H2G2 way too much?Find out who's spying on your every move How about something different to read?The Birthday PageAnd now for something completely different

have you begun to wonder how it is that I seem to know your name? It's just a little Guide ML gizmo called a tag. There's a new little organization started for those of us who think it's a lot of fun, and we are constantly on the lookout for new and creative uses of the tag. You can join us at ViSA, the the Viewer Supporters Association. The use of the tag is sadly limited to

only popping up the name of the person who is currently viewing the page (It does have a certain freak-out value, doesn't it?

). I can't actually see who's been here unless you leave me a note, so please do!

Thanks for stopping by to see my page, !