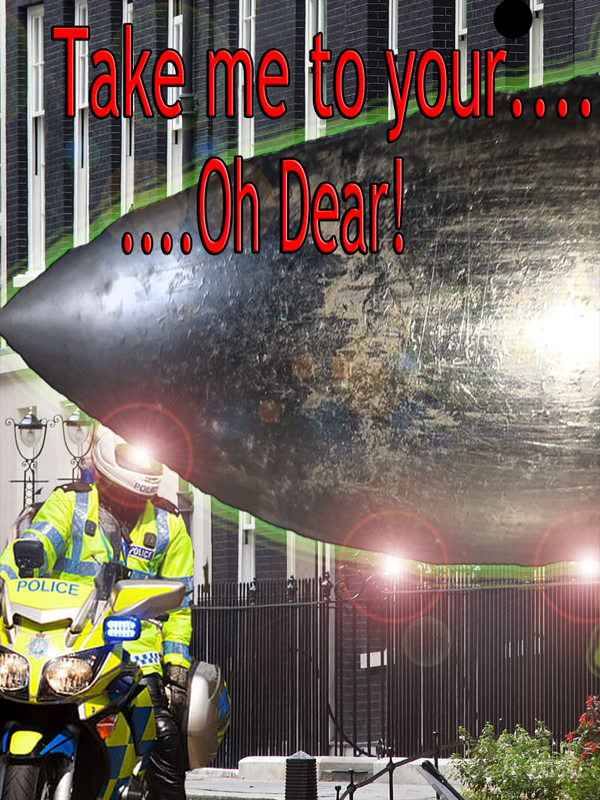 The blue lights from the police motorcycles illuminated the Mall. Piggy backing each other, taking turns to stop traffic, then hurtle on through the next junction, stopping traffic at the next. And so on through the night.

It had been a long, fast, escort ride from Wiltshire to the Capital. The blue lights and klaxons growing increasingly irksome.


Speed slowing at last, as they hit London. Still in excess of 90 mph, crews furiously concentrating, weaving through the city night.

Three bikes up front, another four leap-fogging traffic lights, three more bikes at the rear of the convoy.

Six Police cars thundered through the night, struggling to keep pace with their two-wheeled outriders.

The two military trucks at the centre threatening to overheat, they just weren't built for long distance, high speed runs. Not this fast. Not this long.

Between the trucks, at the centre of the police convoy, floating inches from the road, struggling to keep its velocity so appallingly low, was the landing craft.

Cha'kk'oool was becoming increasingly irate at the journey, but appreciated that these primitive creatures were doing their pitiful best to take it to their leader.

The security around Downing Street resembled a war zone, police, army, ambulances, blacked out 4x4s (presumably Intelligence of some description) and TV and News crews, all scrambled at short notice, milling around, excited but nervous, on this Night of First Contact.

The podium outside Number 10 stood ready for the historic speech (frantically being written at breakneck speed by the denizens that inhabited the back rooms of power). The PM trembled as he tousled his hair, made sure his tie was wonky, and practiced his boyish smiles.

A hush descended on the street, camera shutters the only sound, as the craft opened and She Who Commands exited.

The PM had another quick tousle, smiled his best smile and leant towards the microphones.

Cha'kk'oool covered several eyes with two of its appendages, snapping huge mandibles together in shock. Clicks of fury echoing around the street.

She Who Commands reached out her mind to the nearest creature in uniform.

'This? Your Leader? We have no time for primitive humour, tell this fool to desist, and bring Us the One Who Commands this planet.'

The Corporal smiled apologetically, and thought,

'Sorry, that IS actually our bleedin' Leader, shocker, eh?'