Gravepicking is set in the far-distant past, in a place called Marinskaya in Russia. Our author takes us on a journey. Pato and Bora explore their world and meet strangers. We think you'll find their saga absorbing. 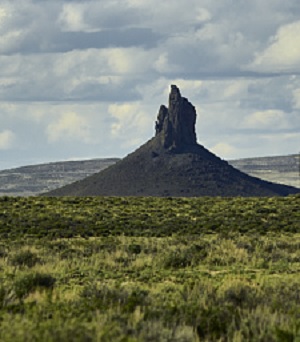 Pato is woken up by the cry of an Eastern Imperial Eagle (though he doesn't know that, empires had not yet been invented at the time). Since everybody else seems to be asleep, he starts stroking the back of Aryna's neck, exploring the range of feline sounds he can create this way. As if by unspoken consent, more purring ensues from other corners of the tent. For the sake of decency, we will now pan out to the majestic flight of aforesaid eagle, admire its wingspan as large as a full grown man. Please take note of the distinctive long and thick neck, big head and bill. It is a dark brown colour except for its white shoulder braces and tip of the tail. This particular eagle has decided it is time to leave for the much safer place where he spends his winters. He has been following the progress of these humans for days now, hoping it would lead to something else to eat than those innumerable snowcocks. His failed attempt at those tied up horses still nags at him. After his first attempt they broke free an ran. Good for them, in hindsight... The northern slopes of the mountain didn't look pretty when he passed over this morning. Large parts of the glacier had gone, the gorges below nearly overflowing with water and debris. This is definitely not a good time to be a ground based creature in that area. The eagle flies on South. Judging from the sounds below, a bunch of wildcats is having a fight.

A while later, slightly sticky and quite satisfied , Bora rolls Vinco aside. Her level of satisfaction drops considerably as she oversees the mess inside the tent. The hasty departure yesterday did nothing to help keep things organised. Last night they just tossed everything inside any old how. Time for order.

With a certain amount of groaning involved, she gets everyone to make a pile of his or her own belongings. This leaves the dilemma of the marital gifts that the men have failed to give in the confusion yesterday. Bora discusses this with Aryna, Keela and Yusna and they decide to have breakfast first and then pick gifts in rounds. Whoever picks last in one round, picks first in the next.

Pato is glad to see that most of his gifts end up with Aryna, especially the deep blue dress and the silver horse and wagon pendant. He decides not to mention the things he left at the other side of the mountain. Maybe one day he will go and find those, if they are not covered under a layer of solidified lava stone.

This last thought makes him wonder what will become of his Clan. Will they be safe? He can imagine that the fire from the mountain will raise the water level in the river incredibly high. His kinsmen will probably wonder whether he and Bora will still be alive. Will his aunt and uncle be able to hold off contenders if he doesn't return before the next full moon? Aryna sees the dark clouds in Pato's face and puts an arm around him, telling him everything will be fine, wondering if they will be.

Because the immediate danger seems to have passed, it is decided that they will stay in the same place, giving the men a chance to shoot something to eat for the next few days. Meanwhile, Bora takes Aryna aside to introduce her to the secrets of the history stone.

When the men boldly return with a couple of snowcocks the Eagle missed out on, they find Keela and Yusna cleaning the fish they caught in the stream. Bora quickly stows away the history stone.

Preparing the food and eating part of it, everyone seems happy.