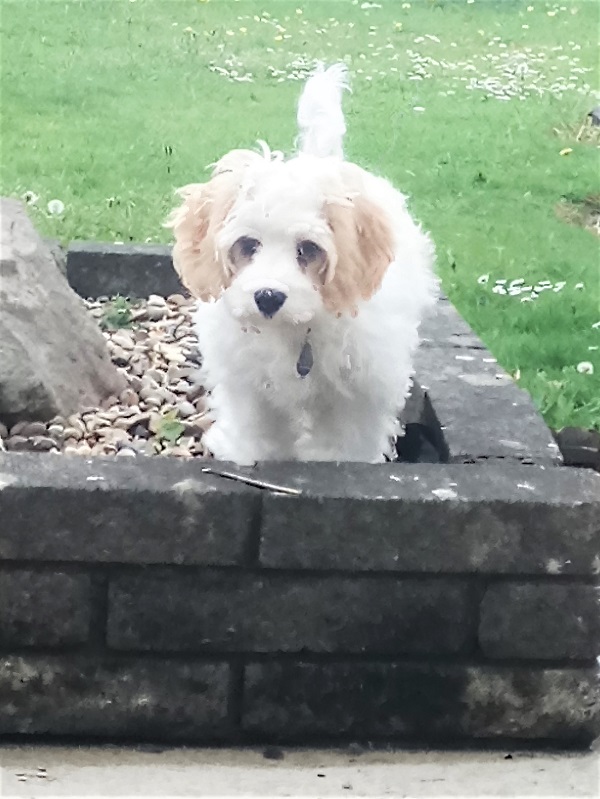 [Crepuscular Mweadows is a fictional town based on Clinton, Massachusetts. Clematis Station is an elderly housing complex]

Although she did not live in Clematis Station, Mrs. Mumble had several friends there. When she visited, she brought along a golden Retriever named Mr. Woof. She claimed that he was an emotional support dog, which was plausible, as he was friendly and loved everyone.

One person whom Mr. Woof loved was a teenager named Freckles. There were rumors (which Mrs. Mumble did nothing to refute) that she was Freckles' grandmother. Certainly they both had hair of a radiant hue that approached that of marigolds. Both had freckles. Both had a
charming (or, if you didn't like it, irritating) habit of whistling merry tunes.

Mrs. Mumble had joint problems and didn't get around a lot. Freckles was happy to help. Mr. Woof helped as well, for he liked to chase woodchucks from the garden.

Life in Crepuscular Meadows could get tedious at times. It was nice that people had rumors to keep their minds active. These included, in no particular order: that Niagara Falls fell upward (no one in town had ever been there to see if this was true, so the rumor was safe rom refutation, though not common sense), that President Trump had the bodies of Elvis and Jimmy Hoffa in the Lincoln bedroom (again, no one had ever been there to see, nor was anyone likely to), that the stars in the sky were fake, and that they had been painted on the inner surface of a giant dome over the earth.

It was thought that the source of this rumor had read a science fiction novel. Or was it true? Maybe it didn't matter.