Why Tin Pan Alley Is for the Birds 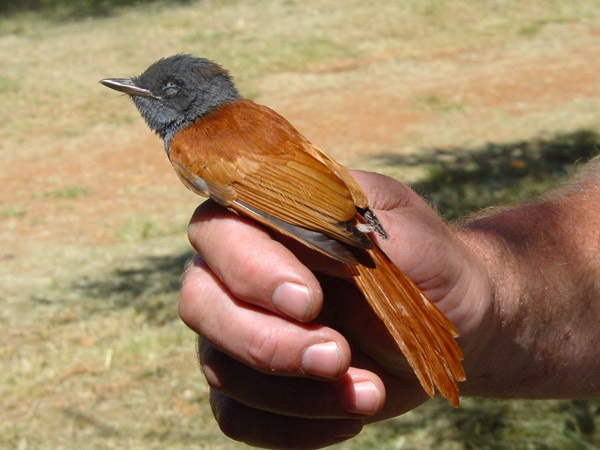 Over at h2g2 HQ, the international Core Team have discovered something: we don't agree on what bird names represent. The European blackbird is kind of a dull colour, not glossy like our North American versions. That's because they're a different species. And that Robin Redbreast? To us, he's a large, orange-fronted thrush! It happens.

The reason for that is simple: our pioneer ancestors were mostly not ornithologists. Four hundred years ago, they landed on these heavily forested shores with the shirts on their backs, and not much else. Cataloguing wildlife wasn't their thing. They tended to call the plants and animals by familiar names based on what they looked like. If it was black, it was a blackbird. If it was blue, it was a bluebird. Unless it was a noisy blue jay… The big, friendly thrush turned into a robin. He probably didn't care. I've never heard one complain, as long as you turn up the garden now and again so that he can find tasty worms.

With the plants, this was a more serious matter. Poisoning has resulted from mistaking, say, a very nasty flower for the harmless chamomile. My great-grandfather died of 'chamomile tea poisoning', and I knew a lady who lost all her hair in the 1930s from the same 'medicinal' plant. The moral of this story is: make friends with botanists.

All over North America, our European ancestors slapped inappropriate names on animals. For example, they called a skunk a polecat. There was one Jesuit who ran into a skunk back in the day. He called it worse than that, like 'Lucifer's cat', etc. If they were completely stumped, they asked a Native American what it was called, and used that.

Back to the birds. This explains why when a European reads, 'Who killed Cock Robin? I said the sparrow,' you're picturing one kind of robin, and when we read it across the water, we're picturing a much larger bird, and wondering why the little sparrow was mad at it. Our songs and poems can be mutually confusing. However, it should be noted that when we read Poe's 'The Raven', we're both thinking about the same thing1.

In the late 19th Century, the US got a lot of new immigrants from all over, especially eastern and southern Europe. Many, many of these people crowded into cities like New York. There, the musically gifted among them joined their fellow New Yorkers in creating a pop music industry. Located on West 28th Street between Fifth and Sixth Avenue, the place had so many pianos banging at once that it sounded like all the tin pans in the city were being misapplied for orchestral purposes, hence the name. And these people ruined the public's understanding of birds, though their intentions were good.

What I'm saying is: these were city people. And more than half of them were immigrants. They knew what a pigeon was. They might have remembered a bird or two from their shtetl childhoods. But they didn't know from 'boids', and it shows in the music. I have proof.

Back in the day, two cheerful piano-pounding idiots wrote this ornithological masterpiece. Feel free to sing along.

1Though only one of us is trying to make a pun about a writing desk, Bluebottle.