People in the United States have celebrated the 4th of July as Independence Day for a very long time. In fact, Founder John Adams recommended it…er, no, he didn't. He thought the second of July should be marked with fireworks, etc. But then, he was there when they passed the Declaration of Independence, and he knew all about it. Why pay attention to him? The printers put 'Fourth of July' on the paper, and here we are, claiming patriotism on the basis of being 'born on the Fourth of July'. Anyway…

Here is a programme from Philadelphia in 1866. It maps out the parade route, tells you what music the bands were playing, and specifies the salute. There wouldn't be any trouble hearing a salute from Washington Square to Independence Hall. If you're interested in the list of Civil War units participating in the parade, the souvenir programme is available online. It must have been an important celebration for the soldiers: after all, they'd just saved civilisation (again). 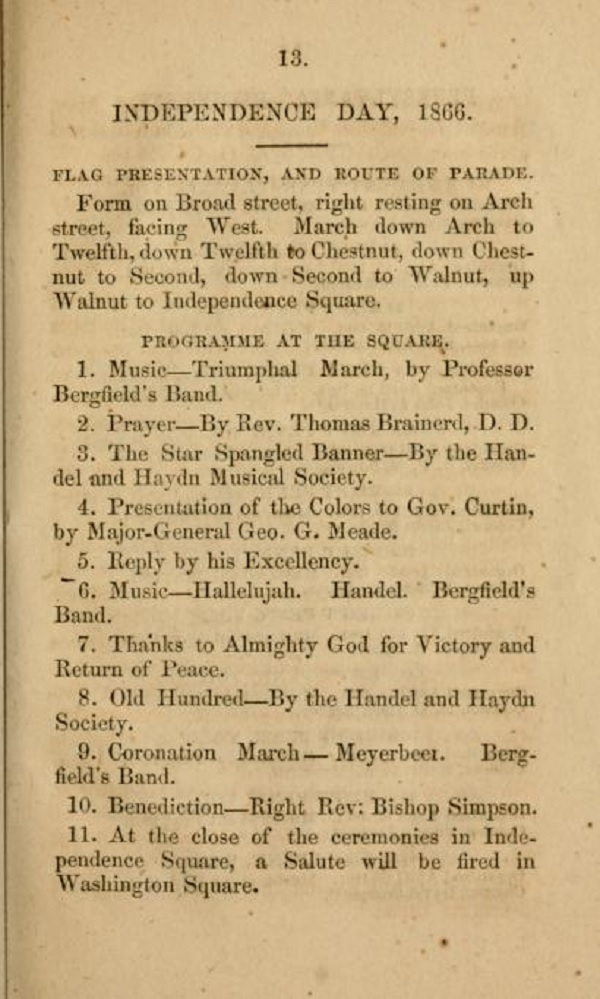