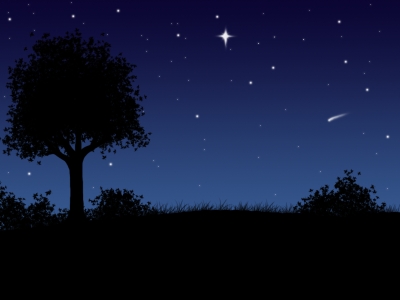 "Wayne, go and get some water, while we put up the tent!" yelled Matt.

I wasn't sure I liked Mum's latest boyfriend, who was spreading canvas over the poles of our tent. Matt was over six foot tall, broad shouldered and fit-looking. He was ex-army and worked as a security guard at the supermarket where Mum was a cashier. Mum was standing holding a tent pole and gazing at him as if he was a rock star. She looked small and pale beside him.
This weekend camping trip was meant to be his treat for us. He'd arrived outside our flat in Plumstead in a beat-up old Mini earlier that afternoon. Although he'd already packed a tent in the car, we piled clothes, cutlery and cleaning things into the boot and on the back seat. There was hardly room for me to sit. We'd driven to a farm near Brighton and found a camp site in a dip between hills, with tents and caravans scattered between trees. I wanted to explore, but we had to pitch the tent first.

I picked up the big plastic water bottle and trudged across the camp site to a tap. Having filled the bottle until it started overflowing, I couldn't lift it. I tipped some water away and tried again. This time, I managed to pick it up, but struggled to carry it for more than a few feet. I walked back half carrying and half dragging the thing.

As I got close to the tent, Matt was hammering in tent pegs, his muscles bulging. He stood up and saw me. "You're a bit of a wimp, aren't you?"

I grabbed the container and tried to carry it the last few yards but it slid between my fingers, fell and the water flowed out all over the ground.

"Go back and fill it again," Matt ordered. "And don't spill it next time."

I was angry. I'm not sure it was because I didn't like Matt ordering me around, or because my feet were sopping wet. "No."

Matt flushed a shade of bright red and swung his big fist against the tent. "You do as you're told or else."

Mum's face appeared from the tent. "Leave him alone, Matt, he's only twelve."

I decided I'd better do as I was told, picked up the water bottle and returned to the tap. This time, I was careful not to fill it too full.

After we'd pitched the tent, Matt rigged up a calor gas stove with two burners on the grass outside. I watched from a distance as he turned the gas on and lit it. He didn't seem to mind me watching but didn't explain anything. Not as interesting as science lessons. I liked science and the teacher, Mr Howard, gave me good marks. I wondered what Matt would say about Mr Howard, who was thin and rather stooped but I guessed he knew things Matt didn't.

As there was no TV or internet connection at the camp site we went to bed early. The tent had two compartments, hung from the poles and pegged at the bottom. I changed into my pyjamas and lay down but I could hear Mum and Matt in the next compartment, talking, laughing and panting. I knew what they were doing. It made me sick to think of Matt humping my Mum. I decided they wouldn't notice if I went for a walk on my own, so I dressed and slipped out.

The camp site looked very different in the dark. Where we lived there were street lamps, shop signs and traffic lights but here, there was nothing except a lit window in the toilet block. The trees looked threatening – hulking shadows against a grey background. I followed a track out of the site, but took the wrong turning and nearly blundered into a pile of big knobbly vegetables near the farm buildings. The track sloped upward until it became a path and climbed more steeply. Sometimes I missed the path in the dark and slipped on the grass, but I kept going. After I went through a gate, the trees fizzled out and I reached the top of a hill. I stopped and gazed.

Everywhere I looked there was open sky. In one direction, which I guessed was Brighton, the sky glowed orange, but elsewhere it was deep blue, dotted with stars. It looked like a huge dome, palest at the edges and black at the centre. There were stars everywhere. Where I lived, there were too many houses and lights for stars. Mr Howard had told us about the Milky Way and the constellations and said there were galaxies millions of light years away. I thought that was amazing. I turned slowly round, until I saw a constellation which looked like a saucepan and knew it was the Plough. Above was the Pole Star, which showed which way was north. But what about the other stars? Did they have names? How far away were they and was there life out there? Suddenly, I knew I wanted to study astronomy. I would ask Mr Howard about it on Monday. I wondered what Matt would say to the idea, but decided I didn't care.