Meanwhile, somewhere back in history. . . or is it in your computer? Or in your mind?

Childe Roland to the Dark Tower Came (and Got Indigestion, and Scored Experience Points)

Editor's Note: The poem is by Robert Browning, and it describes a really weird dream he had. (This should strike a familiar note with a lot of h2g2 Researchers, methinks.) Browning seems to have anticipated the computer fantasy game by at least a century. The pictures are by Superfrenchie, who captured this atmospheric 'dark tower', the Tour des Esprits, in Metz. 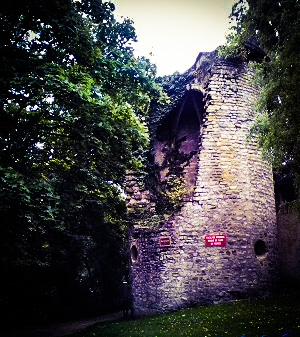 My first thought was, he lied in every word,

That hoary cripple, with malicious eye

Askance to watch the working of his lie

On mine, and mouth scarce able to afford

Suppression of the glee, that pursed and scored

Its edge, at one more victim gained thereby.


What else should he be set for, with his staff

What, save to waylay with his lies, ensnare

And ask the road1? I guessed what skull-like laugh

Would break, what crutch 'gin write my epitaph

For pastime in the dusty thoroughfare,


If at his counsel I should turn aside

Into that ominous tract which, all agree,

Hides the Dark Tower. Yet acquiescingly

I did turn as he pointed2; neither pride

Nor hope rekindling at the end descried.

So much as gladness that some end might be.

[The poet undergoes many scary trials, like unto the quests thou findest in World of Warcraft or other suchlike MMOs. Finally, he cometh upon a more promising playfield.] 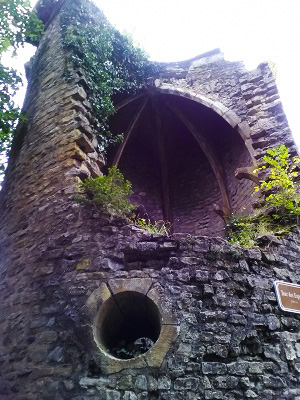 Then came a bit of stubbed ground, once a wood,

Next a marsh, it would seem, and now mere earth

Desperate and done with (so a fool finds mirth,

Makes a thing and then mars it, till his mood

Changes and off he goes3!) within a rood –

Now patches where some leanness of the soil's

Then came some palsied oak, a cleft in him

Gaping at death, and dies while it recoils.


And just as far as ever from the end!

Nought in the distance but the evening, nought

To point my footstep further! At the thought,

Sailed past, nor beat his wide wing dragon-penned

That brushed my cap – perchance the guide I sought.


For, looking up, aware I somehow grew,

'Spite of the dusk, the plain had given place

All round to mountains – with such name to grace

How thus they had surprised me, – solve it, you6!

How to get from them was no clearer case7.

Yet half I seemed to recognise some trick

Of mischief happened to me, God knows when,

In a bad dream perhaps8. Here ended, then,

Progress this way. When, in the very nick

Of giving up, one time more, came a click

As when a trap shuts – you 're inside the den9!


Burningly it came on me all at once10,

This was the place! those two hills on the right,

Crouched like two bulls locked horn, in horn in fight;

After a life spent training for the sight14! 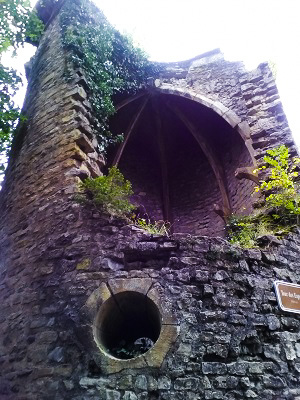 What in the midst lay but the Tower itself?

The round squat turret, blind as the fool's heart,

Built of brown stone, without a counterpart

In the whole world. The tempest's mocking elf

Points to the shipman thus the unseen shelf

He strikes on, only when the timbers start.


Not see? because of night perhaps? – why, day

Came back again for that! before it left,

The dying sunset kindled through a cleft:

Chin upon hand, to see the game at bay,


Not hear? when noise was everywhere! it tolled

Of all the lost adventurers my peers, –

How such a one was strong, and such was bold,

And such was fortunate, yet each of old

Lost, lost! one moment knelled the woe of years.


There they stood, ranged along the hill-sides, met

To view the last of me, a living frame

For one more picture16! in a sheet of flame

I saw them and I knew them all. And yet

Dauntless the slug-horn to my lips I set,

And blew 'Childe Roland to the Dark Tower came'


Editor's Final Note (promise!): The poem ends like that. Seriously. We suspect his cat woke him up and demanded chow. They do that. He ought to have thanked it. That is without question the most bogus quest journey of all time.

1In other words: This is a cutscene. Read the walkthrough if you don't know the right responses to get the quest.2You need the loot, after all.3Everybody's a critic when it comes to playfield design.4Forsooth, this guy has got to stop eating jalapeño crisps before bed.5You should complain to that travel agent. Not like the brochure, at all.6If you can do the Times Sunday Crossword. . . 7What? You can't fly?8You're getting warm here, Binky.9The Den is part of the new Expansion Pack. Lots of bonus points here.10That's the jalapeños again.11=n00b.12A North Korean term of abuse, used here for comic effect.13A n0nce equals half a mo. It is not a bad word, no matter what the filther thinks.14While your mum shouted at you to turn off the computer and go play outside.15In other words, your vorpal blade needs to go snickersnack. Do we have to explain these things?16An Instagram of woe.