Author's note: An imaginary seventh grade book report in 1964. Actual book reports were more boring. I did read The Interpretation of Dreams at twelve, and what I made of it is more or less what follows. Sigmund Freud always said that psychoanalysis was wasted on the Irish. Maybe so, but I had enough sense not to turn in this book report in seventh grade. I wrote about Dickens instead. Even then, I knew my audience, and what it would put up with.

My Book Report (Sort Of) 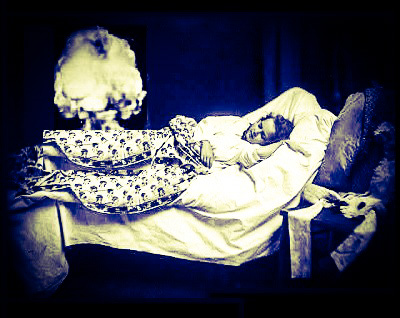 Hello. My book report today is about The Interpretation of Dreams by Sigmund Freud. Dr Freud wrote this book in 1899, but I only found it in the library last week. The copy I read was a translation in English. This is because, one, I couldn't find a copy in German, and two, I can't read enough German yet to understand Dr Freud. So far, I've only read books like The Tunnel and The Wooden Horse, so most of the German I know is phrases like 'Hände hoch!' and 'Mach' schnell!', also 'Panzerfaust' and similar terms. I also know how to read musical directions in German, so I know words like 'behaglich' and 'innig'. I can't wait to learn enough to read about the mysteries of the 'Ich' and the 'Über-Ich' in the original Austrian. That way, I might figure out what Dr Freud is saying, because frankly, he doesn't make a lot of sense in English.

In this book, Dr Freud claims that someone who's dreaming about a big bear is really scared of their dad. This seems silly to me. I mean, if that's the case, what do you dream about when you're really scared of bears? I think if I was mad at my dad, I'd just dream about arguing with him. If I dream about bears, I'm dreaming about bears, probably in the Great Smoky Mountains. I don't think Dr Freud saw too many bears in Vienna. Maybe he didn't believe they were real, or something.

Dr Freud said something really strange about trains that I didn't really understand. He said dreaming about trains in tunnels meant you were dreaming about sex. I think people in Vienna had kind of weird ideas back then. I mean, trains are cool, but. . . I kind of worry about grown-ups sometimes.

The reason I read The Interpretation of Dreams was that I wanted to understand some dreams I had a long time ago, when I was nine or ten years old. They've been bothering me for years. I've had some others since then, and they bothered me, too. So I thought maybe Dr Freud could help. But oh, no – he just talks about sex and bears and trains. Dr Freud is a bitter disappointment to me. Maybe if I can find this other psychoanalyst, Dr Jung, he will be more helpful. I heard that Dr Jung was more open-minded.

Here are some of the dreams I would like to have interpreted. There are no bears in them, or trains, either. Like I said, I had them when I was about nine or ten years old. I should add that, at this time, John Fitzgerald Kennedy was President, and there was a missile crisis with Cuba, and we were having nuclear air raid drills in my elementary school.

Dream One: A Scary Cartoon

The first dream was really a nightmare. It was animated, like a TV cartoon. I should explain that I don't like TV cartoons very much. A lot of them are kind of scary. I remember one with Yosemite Sam once. He died and went to hell. They acted like this was funny. Now, I don't particularly like Yosemite Sam, but I don't think it would be funny if he went to hell. So when I dream in cartoons, I get scared.

This animated cartoon started off innocently enough, like those yucky Disney things. La, la, la and 'Whistle While You Work' and suchlike. I was walking through a cartoon landscape, all those ugly cartoon colours, with a schoolhouse and a church with a steeple and dumb cartoon flowers everywhere, the whole silly mess. Even picket fences. I have never seen a picket fence anywhere but on Disney television. I think those people are so phony. What they draw isn't like real life at all. Real life is better.

Anyway, there were cartoon birds flying around, and then I saw a huge cartoon bee flying right at me. The bee had a big, round, black backside, like you'd draw in a cartoon. It looked just like a bicycle horn. Just as I was thinking that, the bee turned around and backed into my mouth! Yuck! It tasted just like it looked: like rubber. Not pleasant at all.

Now, you would say that there was no reason for me to be scared. But just at that moment, a huge voice thundered, 'Now you are going to die!' That was terrifying! So I woke up, all covered in sweat.

But then, I thought about that dream. Bees are supposed to have stingers in their tails. But this one didn't have a stinger. It just tasted funny.

So my question for Dr Freud is this: Can dreams have puns in them? Puns on Bible verses? Because the message I got from that dream was, 'O death, where is thy sting?'

About this time, everybody was worried about nuclear war. We could even tell this in our school, because we had to have air raid drills. Air raid drills were just like fire drills, except that in a fire drill, you'd go outside to get away from the (imaginary) fire. With an air raid drill, there was an imaginary bomb. So you'd go out in the hall and crouch down. I wasn't sure why this would help, but that's what they told us to do, so we did it.

We knew they were serious because they also got us to buy Civil Defense Bracelets. I had one. It had my name and address on it, and a 'P' for 'Protestant'. On the other side, we could have whatever we wanted. So I picked Psalm 23, 'The Lord is my shepherd', which seemed appropriate somehow. Wearing these bracelets was supposed to be patriotic for some reason. It was also supposed to help you if you got lost in an air raid.

I didn't think about it then, but I do now: do you think they wanted us to wear the bracelets so that they could identify the bodies if we were dead?

I thought a lot about the nuclear business, because it was in the newspapers just about every day. Walt Kelly made jokes about it in Pogo. I don't like animated cartoons, but I like comics, particularly Pogo. I also like to read the 'political' cartoons by people like Herblock. But around then, Herblock's cartoons made me really nervous. He kept drawing big bombs on them. They looked like fat rockets and had evil, sneering faces.

So one night, I had a dream: we had an air raid in school. We all went out into the hall and crouched down, like the teacher taught us. Now, our school had one long hallway, with big windows at each end. In my dream, somebody had a smart idea: they opened the big windows.

When the evil, sneering bomb flew to Memphis, it went in one side of our school by the window. But it didn't hit us, because we were crouched down, hiding. The bomb flew straight down the hall, and out the other window. Boy, was that a relief.

See? No bears or trains in this dream. Just an evil bomb.

This dream is kind of embarrassing. I guess it might make me sound conceited. I'd like to point out that normally, I had 'kid dreams' – you know, dreams with silly stories in. Dreams about going fishing, or playing outside. Sometimes, I had dreams about TV shows I liked, like 'McHale's Navy'. I dreamed I was on the PT boat with Lt Cmdr McHale and his crew. We did fun things like waterskiing and looking at tropical fish. But in this dream, I was in the White House. And for some insane reason, I was the President!

Even in the dream, I was really worried about this. 'What will happen if they find out I'm only 10 years old?' I thought. 'I think this is even illegal.' (Since then, I've read the Constitution. It is illegal.) But I tried to figure out what I was supposed to do, and not give myself away. I didn't want to let anyone down. What if I decided on the wrong thing? Somebody might get mad and start a war. . .

I don't really remember how the dream ended. I know I woke up and was kind of scared. I have no idea what Dr Freud would have said about this dream. I wonder if he ever dreamed he was the Austro Hungarian Emperor? That would have been funny.

In conclusion, I can't really recommend The Interpretation of Dreams as a good book for seventh graders. Dr Freud doesn't really help us interpret our dreams. I'm sure he did better with his patients. Maybe it helps if you read it in German.

Memo to twelve-year-old self: No, it doesn't. Not one tiny, little bit.