This is what you miss if you don't read NaJoPoMo.

Bluebottle Took His Son Where? 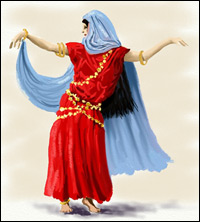 My son's enthusiastic reaction to seeing the Daleks and Batmobile the day before was enough to convince my wife that he should be allowed to come with me to a small convention that was being held in the local high school round the block, which we wouldn't even need to cross a road to get to. Previously her reaction to my suggesting that we go was to say, 'I'm not happy about it – it costs too much!' She couldn't say no to our son, but did say that our daughter would have to stay at home to finish her homework.

So my son and I walked round the corner to the local convention, where they had a fun Lego display (they didn't allow photographs, though), various stalls selling stuff, retro games (by which they meant old games consoles) and fun displays.

The displays were of 'Ghostbusters '(including a giant inflatable Stay Puft Marshmallow Man), 'The Terminator', 'Gremlins', 'Star Wars', a very fake looking Game of Thrones throne, a Stargate, HG Wells' science fiction, including a 'War of the Worlds' Martian tripod and Time Machine. There were also at least four Daleks; whenever they came near, my son would grab my leg and hide behind me, just as he did when he was a toddler. I had thought that he'd outgrown that.

There were a variety of cars, but different ones from yesterday, so the Batmobile had gone. It had been replaced by Herbie, Lightning McQueen and a Transformer. My son was a little disappointed that the Batmobile was no longer there, but not for too long.

Then there were the three special guests. The first one was Julian Seager, who is famous for being briefly in such films as 'Thor: The Dark World' and 'Guardians of the Galaxy' and has even been uncredited on 'Doctor Who'.

The second guest was Eddie 'The Eagle' Edwards, who famously wanted to do everything in his power to represent his country and personified the ideal of trying hard being more important than winning. He triumphantly came last in ski-jumping during the 1988 Winter Olympics. He very happily posed with my son and also signed a photograph for him.

Next to him was Josephine Gillan, a lovely lady famous for playing Marei, a prostitute on 'Game of Thrones'. She very kindly gave my son a lollipop. She also was happy to sign photographs for fans although these showed her in various poses unencumbered by clothing, some leaving me in no doubt that she is much better at 'Twister' than I am. Not knowing the polite protocol or propriety of how to ask a young lady I'd just met who had given my son a lollipop for a signed nude photograph, I instead asked if I could take my own photograph instead, which she readily agreed to in exchange for a donation to charity. As my son didn’t want to pose for another photo he took one of me with her.

So though it was nowhere near in the same league as the world's major conventions, it was a very enjoyable way to spend an hour or so a short walk from home.