Lately, I've come across a number of films and TV shows with unusual premises. See if you can figure out what they have in common.

So have you guessed what these stories have in common? Right: each story changes one thing about reality, and then follows the consequences. I call these kinds of stories 'thought experiments', like the ones Einstein used to solve physics riddles. I think writing thought experiments is a really cool way to solve basic writing problems: what do I want to write about, and how do I frame what I want to say about the human condition?

Of course, if you don't want to write about the human condition, ignore the rest of this and go borrow some natural history books from the library.

Now, how do you write a thought experiment like this? First, you change one thing about the world. It could be 'alternate history': Columbus didn't come to America. The American Revolution failed. The Axis won World War II. It could be 'science' (or what passes for it these days). Women don't need men to get pregnant. Human children develop new abilities previously thought to be paranormal. Earth's axis shifts. A new planet is discovered. It could be 'social'. A society outlaws sex. Or makes homosexuality obligatory. Or gets rid of literacy, etc, etc. Make up your own change. But it's only one thing – no fair making humans different in any other way.

Second, you figure out what happens in the world because of that one change. That's the fun part. You follow the fortunes of your narrative tinkering. You decide whether you've just invented utopia or dystopia. You watch to see whether the idea takes off, or whether the whole construct crashes and burns. It's a really productive way to go – think of Fatherland, or The Two Georges, or Fahrenheit 451.

A word of warning, though: don't bite off more than you can chew. If you're writing a short story, don't use a global perspective. Otherwise, you'll end up with a lot of airy speculation and no story. Pick a few people, maybe even only one. Show how the change affects that person's decisions. Alternatively, you start writing and writing…and you end up with either a tetralogy or a religion, depending on your work speed and choice of publicist.

So, let's have some fun. In the space below, tell us your story idea. What one thing would you change to make a TV series or film? Got it?

Now, here's the good bit: how would each of these countries produce a TV series or movie using this theme?

Extra points if you name the actors you want in your thought experiment.

Just to get you started, here's mine:

My premise: it is the year 2116. Earth's sea level has risen by 30 meters, and many of today's world cities are now underwater. The series deals with the everyday challenges of running government or a government agency from a new world capital. Sort of The West Wing with eco-overtones.

In the UK, the series will deal with the government of London Seaborne, a floating capital. Westminster Abbey, the Houses of Parliament, Buckingham Palace, and other major London landmarks have been transferred to a pontoon platform. The opening sequence will involve spectacular CGI. Tagline, 'The UK will rise. Again and again.' There is lots of political infighting involving Alan Cunningham as an unscrupulous power broker.

In the US, Westwing West Virginia will tell of the new US capital, relocated to Beckley, West Virginia, currently a depressed mining town. There will be far too many hillbilly jokes. The architecture will be fanciful and interesting: think roadside programmatic and neon. There is lots of political infighting involving Kevin Spacey as an unscrupulous power broker. (He can do that patented 'Southern' accent of his.

Eurovision: A joint EU effort will showcase the work of the scientists and their advisors who control the giant dam built over the Straits of Gibraltar to control the flow of sea water and preserve sea levels and salinity of the Mediterranean. The show is mostly a soap opera interspersed with CGI tsunamis. Everybody sleeps with everybody else. Stars: Rutger Hauer, Helen McCrory, Damian Lewis, Helen Mirren, a lot of no-name actors chosen for their looks and disposability, and Alexander Siddig as an unscrupulous Egyptian power broker.

Attention, Hollywood: if anyone wants to make this, I'm available to write the pilot.

Now have at it, writers. 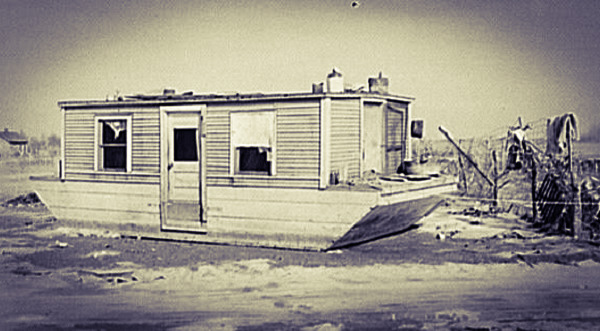