What if your house was haunted? 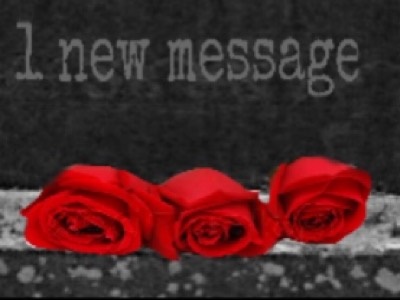 I grew up in a haunted house.

Not chain rattlingly haunted, no monsters under my bed, no "get out of my house" messages scrawled in dripping red on the walls. Just the odd door opening for no apparent reason, the odd picture deciding to fall off its hook in times of family argument – more Demi Moore than Demonic. Just needed a potter's wheel!

Since watching Carousel (long before Patrick met Whoopi) my mum and dad had sworn they would give each other a sign if they were ever parted.

Tragically such a parting happened just three months before I was born, my father simply going to work one day and never coming home. Sad tale and one which literally haunted my mother 'til she passed, happy in knowing a reunion was certain.

In the intervening years she sought out those messages from beyond – from spiritualist churches to clairvoyants, always the message was the same, we were being watched over, all would be well. We were loved. He would wait for her.

Personally, as I grew older, I was probably the most skeptical of the family, always looking for explanations to the regular little bumps in the night. Seeking out gusts of wind through the old sash windows that could move picture frames, laughing off the frequent messages as the parlour tricks of charlatans who grew wealthy off others grief.

So it was I never sought similar comfort when my mum died. Several years passed without even the slightest spooky happening.

My sister decided to have a girly evening, a few drinks, nibbles, oh and an alleged 'psychic' to provide readings and fortunes. I agreed to drop my wife off, sneering at the obvious waste of money. I would pop in to say hello to sis but that was it, I'd pick her up later.

As I entered the house, I was surprised to find the ghost whisperer already ensconced in the living room behind a cup of tea and a slab of cake, more surprised that he was a he and totally gobsmacked when he sent my wife straight out into the kitchen where I had made a bee line for to avoid him.

He had apparently known I was coming and had been instructed to pass an important message on from across the great divide. I was not impressed with his theatrics and politely declined the invitation.

The message however refused to be shrugged off so easily. He knew I wasn't a believer, that was my choice, but he really needed to tell me something, very important that I at least hear him out. (this accompanied by looks into the distance, whispered questions to empty air, etc). Almost laughable. Images of Ms Goldberg inserted here.

He would tell me something only my parents would know, then once I understood there was no trick, would I please call him?

He told me that at my father's funeral there had only been three flowers, one red rose from each of his children. He went on to explain the positioning of these flowers and abruptly stopped, passing me a card and insisting I would call him. It would take a few months but call I would.

What a pile of rubbish! Firstly at the time of his death, there would've been two children, the charlatan hadn't figured on that. Secondly my mum loved flowers and I would have thought there'd be an awful lot of people paying their respects after such an appalling tragedy. Three, my backside!

Obviously my siblings were only toddlers and didn't remember back that far, my mum and grandparents were unavailable for comment, so the mysterious message was all but forgotten about.

That summer, some three or four months later, I attended a funeral for a ex colleague and stopped at the family plot on the way out of the cemetery.

An old woman was at the graveside. Looking up at my approach she crossed herself in an overly catholic display of shock, explaining she had thought I was her brother for a second, this accompanied by a sad pat on the headstone.

This lady turned out to be a long lost auntie, living Down Under since the late sixties (Australia not being the cheapest place to keep in touch form back then, she had lost touch or outlived most of my father's side of the family).

We had a chat, filling in nearly forty years of births, marriages, jobs and deaths, before I said my goodbyes, wishing her a safe journey back home.

" You're so like him, you know?" She said with a tear and looked again her brothers grave," I can still remember the day your poor mum had to bury him, shocking loss, so young they were, so in love and her being about to have you. The place was packed. Hundreds of people came. Wouldn't let anyone else put flowers down, just laid those three red roses, one off each of you for your daddy, lovely thought, eh?"

Needless to say (apart from 'Unchained Melody' rattling around my head on the drive home) – humble pie demolished, I made that call, retrieved my message and acted upon it too, backing out of a business deal that would've cost me thousands when the company went bust several weeks later.

Chance, coincidence or a timely warning from beyond the grave?

Either way I now look back with a slightly less cynical smile when I remember my mum's old "haunted" house.