How much do you know of plagues of the past? 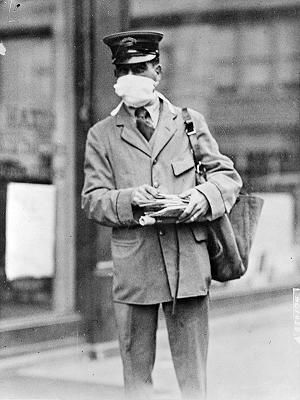 Next month, many people will be commemorating the Great War, a global conflict that began 100 years ago. What was it all about? Tangled alliances, nationalism run amok, the battle over place names you can't pronounce, pretty much the usual sort of reason people make up for fighting with each other. It was all very exciting, no doubt – but not in a good way. And even though the grisly event was billed as 'the war to end war', well, it didn't. The peace treaty pretty much caused the next mess. So it goes.

In all the fuss over the military confrontation, most people forget the devastating event that grew out of that war: worldwide pandemic. Yes, folks, in 1918-1919, the planet caught the 'flu, or as they called it, the Spanish Influenza. It was horrible.

What do you know about this global event? Sort the true from the false in this list.

Think you knew them all? Check your epidemiological knowledge by clicking the picture below.