How long have US spy organisations been around? Depends on whom you ask. Why not ask…

George Washington and the Spies 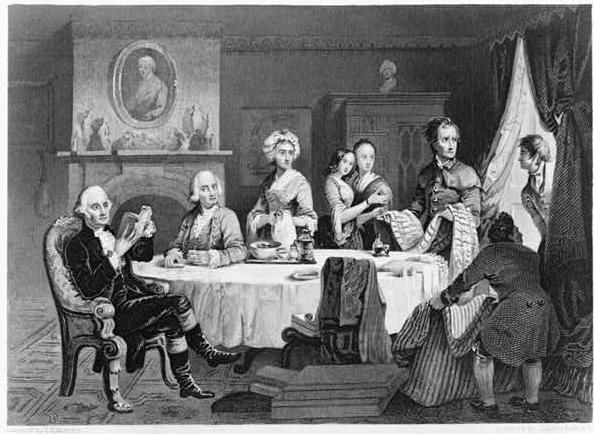 George Washington, Virginia gentleman, employed spies? What was the world coming to?

Revolution, my friend, and yes, he did. Some attribute the success of the US movement for 'independency' on the excellent spy network and superior sneakiness of the Founders. Franklin and that lot were crafty. Besides, they had the best teachers in the world: the foxy British.

This engraving is from 1846, by Charles Burt (1822-1892). It shows Washington meeting with the spy Harvey Birch, in a famous scene from James Fennimore Cooper's novel, appropriately titled The Spy. Cooper's novel first appeared in 1821. The Spy is usually considered the first American war novel. Thrilling stuff, if you're a fan of Cooper, which Mark Twain wasn't. Mark Twain's advice to Cooper was, among others, 'Use the right word, not its second cousin.' We think this suggestion holds good, even if you write for the Huffington Post.

Many believe Cooper's fictional spy, Harvey Birch, was based on a real spy, Enoch Crosby. Crosby pretended to be a Loyalist in order to infiltrate Loyalist meetings. The intel he gained was valuable. He survived the war, by the way, and settled down to farming.

Are spies good guys or bad guys? Depends on whose side you're on, we suppose. We suspect, as well, that it isn't often as glamorous as all those Bond actors try to make out: you probably end up going around peddling yard goods and sleeping in barns. You might wake up with your hair full of hay – shaken, not stirred.