Beware of the ghost. Reward of 40 mufflewhumps for anybody successfully capturing it. 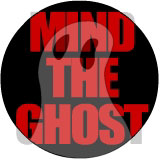 Well, quite obviously I am a

I guess telling you what I do would be a good start. I am a final year student at Sheffield University.

Right,that will do for now. If you get inquisitive, just ask me.

I am a newly accepted member of the h2g2Car Club

I am the keeper of Complaints and Baked Beans on Toast. I'm also now the keeper of the Scripts for the Questions Only thread. Please visit Keepers
to request your keeper honour from Archangel Galaxy Babe.

Visit 42 to see the myth of 42 by Argon0. You can also find people willing to help get yor researcher number to add up to 42!
Mine is:

If you are Student at Uni, or if you ever were, visit The h2g2 University Nexus to register your details and see who else on h2g2 went to your Uni

Finally, get your birthday registered on the All-New Researchers' Birthday Page at Birthdays
by some bloke who tried to think of a short, catchy, pithy name and spent five sleepless nights trying but couldn't think of one.

I have also adopted Dizzy for the spectrum cause it was sooooooooo cool! To adopt an almost extinct video game click on the link below.

You can become an h2g2 Super Hero by clicking on this bit. I am a Super Hero and my special power is Time Travel.

Also some interesting and useful pages in the guide are:

h2g2 Statistics - keeps you up to date on where the most recent postings have been taking place as well as who is posting the most.

Your Conversation List
- will take you to your own conversations

My links - for my own benefit but feel free to follow.

You will have to look a bit harder to find these ones:

Dunno what is happening here

So Long, And Thanks For Laughing has Jokes, jokes and more jokes, and
More Smileys will take you to Bluebottle's page for some alternative Smileys.

For help in using Guide ML to build your page see this bit here which will take you to a page with all of the different codes on.

If you are lost, help can be found by clicking on the Don't Panic button just here -

Would you like to play a cool game?
Would you like to play a game which will regularly have you in stitches?
Will it occasionally have weird stuff in?
Moreso when 2legs is on?
Will it also make you sometimes go awwwwww?
Will it change the way you talk to everybody?
Will every bloody thing that comes out of your mouth start becomeing a bloody question?
Were we not the 1st to reach 10,000 posting in a single post?
And also the 1st to reach 20,000?
Was it not a mad 5 hours that we managed it in?
Did we not beat the almighty No No No thread who were 700 posts ahead only the day before?
Do you fancy it?
If so, will you go to
Whose Line is it Anyway - A (not so) temporary Home and click on Questions Only?
Will you also find the Haiku's are good fun?

These links will take you straight there

The all new h2g2 Dictionary

To get one of these cool Lurker badges, click Here
. Thanx Ottox. I used to be a Lurker, in fact still am in many threads but have begun to post more and more. Even got on to the top 10 posters for a little while.

This is my Adopted fish called Bob. He is my bestest friend. He enjoys life in his little tank swimming with the chips.

To get a lego brick click here. No not there, here. Once again thanx to Ottox

This is my friendly

who occasionally visits my page. He is, as yet, not named so if anybody has any ideas, hit the discuss button below. ANDROKTONE thinks it should be called Alan the alien and Roadkill suggested Oliver. Any opinions?

Eeeermmm, I'm sort of trying things out from here downwards!