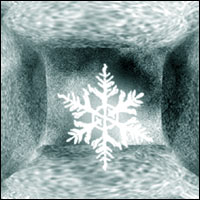 As I write this there's a howling gale-force wind outside and snow flurries, with more snow forecast for the weekend and all next week it will be below freezing. I am always thankful that I live in a nice warm house and conditions outside aren't so extreme that I can't go visit my mother when I want to. Some climates on Earth are too cold for human habitation, likewise some places are just too hot to survive. It's the same in space; these extremes have been measured on the plus-400 exoplanets found so far. They're either too close to their star and the surface temperature would melt lead, or so far distant that the denizens wouldn't even have a word for 'heat'. The few planets that have been detected within the system's habitable zone (like the Earth), have been gas giants (like Jupiter and Saturn) and therefore incapable of supporting life (as we know it). Until now that is! A super-Earth planet (that's a terrestrial world like the Earth) has been discovered orbiting a red dwarf star called GJ 1214, which lies just 40 light years distant in the constellation Ophiuchus. The planet GJ 1214 b has six times the mass of Earth and it is just over two-and-a-half times Earth radii. Although it orbits its star very closely at 0.014 Astronomical Units (once every 38 hours at a distance of only two million km), it has an atmosphere about 200km thick, so there may be liquid water beneath the surface. The discovery is rather exciting, because this is the first 'hot waterworld' — and therefore a new class of extrasolar planet. If the discoverers were thinking up names for this planet, what would you suggest? Bear in mind the surface temp is plus-200°C, so it would be like a sauna, and it's within the constellation of the serpent bearer, which is the 'missing' Zodiac sign (Ophiuchus is on the ecliptic and the Sun travels through it from 29 November and 18 December). My son reckons a good name for this planet would be 'Sweaty Snake' although I'm sure my readers can do better. I'm going for Glisten Charmer!