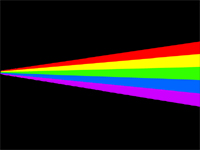 Traditional Indian brass mutka pots are a safer way to store water. E.coli was added to water which was stored in different types of containers. In the mutkas the bacteria were all dead within 48 hours and in the plastic and earthenware containers the bacteria was still alive. It was caused by copper leaching from the brass pot, at low levels that are perfectly safe for consumption.

The rising heat in Australia is causing behavioural changes in the birds. The Pitta spends the entire year in the mountains now - it used to come to the lowlands in the winter. Other birds now spend more time on the coasts, whilst migratory, breeding and feeding patterns have changed in 40 species.

A proposed wind farm in the Lake District is causing a lot of upset amongst people such as Sir Chris Bonington and Melvyn Bragg. They are trying to stop windmills from being built in the Lake District. Windmills are a way of cutting carbon emissions which have been mentioned a lot in past columns because they are at dangerous levels and are starting to affect health. Unless the emissions are cut then the health of humans and other animals will get even worse. They want to protect the countryside's looks, but if we all choke to death then there will be no-one to see the countryside anymore. Let's have the windmills now and save the countryside and all its animals from high carbon dioxide levels and the accompanying pollution.

This is the anti-bacterial which was going to improve all our health when it first came out. To prevent bacterial infections why then just cover everything in anti-bacteria. It came impregnated in containers, in sprays, in mouthwashes, in everything. Sensible people avoided it as we all know if you avoid too many pathogens, you just weaken your immune system. It is the amount of antibiotics people use which has allowed bugs like MRSA to prevail. There is another risk though, if you mix triclosan with tap water which has had chlorine added to it, then chloroform gas is produced. Although the effects of long-term exposure are unknown, chloroform is an anesthetic and who wants to be inhaling that everyday?

Japan is planning to submit their new plans to the International Whaling Commission in May - it does not need their approval though. Plans are to double its catch of Minke Whales from 400 to 800. They also want to start killing humpback and fin whales. Japan says its plans are to aid study of the Atlantic ocean and its ecosystem. There are, however, many ocean ecosystem studies which rely of other methods rather than killing for study. Japan sells the whale meat commercially, which is a delicacy and is also seen as a vital part of the countries cultural heritage.

The worlds' oldest field experiment started in 1843 and shows how pollution is affecting the crop or rather the fungal diseases which are affecting the crop. It seems that as sulphur dioxide pollution increases then so do the fungi. Is this because sulphur dioxide directly supports the fungi or because it weakens the plant, allowing the fungi to attack more efficiently? More research is needed, but you can find out more at Rothamsted Research.

DNA is being used to map out human migration on all 5 continents. Samples will be taken from 100,000 people. You can keep up with the genographc project at the National Genographic page of National Geographic.

The iceberg B15A is moving again. It had blocked McMurdo Sound making the penguins go an extra 180 kilometres for their food and a lot less chicks have survived this year. The iceberg is still in the sound, but hopefully it will move out of it, rather than just settle down in it again.