'Lose Your Mother: A Journey Along the Atlantic Slave Route', by Saidiya Hartman Content from the guide to life, the universe and everything 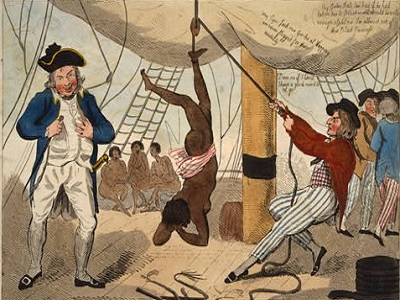 Lose Your Mother: A Journey Along the Atlantic Slave Route, Saidiya Hartman, Farrar, Straus and Giroux, 2007

It should surprise no one that there are holes in our understanding of history. History tends to be written, if not by the 'winners', at least by those who control the printing presses and media outlets. What we tell about the past, and how we tell it, depends a lot on what we think we need from the past: a model for future behaviour? A sense of group identity? The reassurance that we 'come from good people', so we ourselves must be 'good people'? All of those factors play into the way we commemorate the past. We're not so much remembering as carving our own narratives out of the available information.

The past depends less on 'What happened then' than on the desires and discontents of the present.
– Saidiya Hartman, Lose Your Mother, 2007.

But if there were 'winners' in history, then, by human logic (which likes zero-sum games), there must be 'losers'. How do the descendants of history's victims remember the past? Can they come to terms with ancestral traumas in a way that doesn't imprison them and their children in a futile search for vengeance or self-validation? Are they forced to accept the victors' narratives for want of better information? Can we, the descendants of both perpetrators and victims, even find enough evidence to give those sufferers a voice?

Writing When There's No Record

The past is neither inert nor given. The stories we tell about what happened then, the correspondences we discern between today and times past, and the ethical and political stakes of these stories redound in the present.
– Saidiya Hartman, Lose Your Mother, 2007.

Saidiya Hartman, professor of English and Comparative Literature at Columbia University in New York City, has asked these questions, time and again, about the history of African Americans. In an attempt to bridge the gap between what historians can document and what we need to know, she has written books that blend fact and fiction in a unique way. She calls her technique critical fabulation: a way to combine rigorous historical research, critical theory, and imagination to fill in gaps in our understanding of events from the past. Her book Lose Your Mother is both a story of Prof Hartman's real journey, a year spent in Accra, Ghana as a Fulbright Scholar, and an historical account of the Middle Passage   – the horrendous journey of millions of West African people who were sold into slavery and shipped to the Americas under unimaginable conditions.

The key word here is 'unimaginable'. We can't imagine it. We can't imagine humans doing these things to each other. And there are few records, because, obviously, people aren't very likely to admit to committing crimes against humanity. The victims – both those who died in their millions, and those who survived to face a lifetime of slavery and abuse – left almost no personal accounts. That's where critical fabulation comes in: the careful attempt to imagine what happened.

On April 2, 1792, when the fiery young moderate stood before the House of Commons arguing yet again for the abolition of the slave trade, he was desperate. [...] He wanted them to smell the stench of slavery and to feel the great misery condensed into the small space of the slave ship.
– Saidiya Hartman, Lose Your Mother, 2007.

In this passage, Hartman is talking about William Wilberforce, the British antislavery crusader. In 1792, in an attempt to raise public outrage, he drew attention to an atrocity committed aboard the slave ship Recovery. Two young women had been brutalised and murdered on that ship, in full sight of the crew and the helpless human 'cargo'. The captain who committed the murders was tried and exonerated.

The author tells us the facts. She reproduces, and deconstructs, an image of the atrocity from the publicity materials of that time. Then she goes further and imagines the event from every possible point of view: the perpetrators', the victims', the public's, and Wilberforce's. It's an unsparing look.

The details of this event from over two centuries ago are as sickening as those in any slasher/horror film. But the meticulous reconstruction of the motives and reactions of those involved teaches a lesson that is not easily forgotten.

What We Know, What We Imagine, and What We See

Images of kin trampled underfoot and lost along the way, abandoned dwellings repossessed by the earth and towns vanished from sight and banished from memory were all that I could ever hope to claim.
– Saidiya Hartman, Lose Your Mother, 2007.

In Lose Your Mother, Saidiya Hartman provides us with facts about the history of the transatlantic slave trade: how it started, how it worked, what African kingdoms, European nations, and American traders were involved. She visits significant places: Fort Christiansborg, where the filth of the dungeons has been swept away, the backwater town of Salaga, once a major marketplace for the slave trade, and – the end of the line – a fortified town built by refugees fleeing from slave-trading warriors. In each place, she asks local people to share what the stories mean to them. She doesn't get satisfactory answers. In response, she pieces together her own version of what it might have been like to experience the terror.

Hartman also deals frankly with the different agendas that modern observers have in exploring this aspect of the past. She acknowledges fully her own personal desire as an African American woman to 'find a home' in Ghana, and explains what she learned when she realised why this was impossible. She is equally frank about the response of Ghanaians to African American visitors, and what they hope to gain by encouraging 'slave route tourism'.

The author takes an unflinching look at past and present, and at all of us. She doesn't spare the reader. The details of what was done to humans, by humans, are hard to take. She also demonstrates how the modern world's attempts to deal with the past – by deflecting the blame, by trying to forget, by using the past for present gain – tell us a great deal about the world we live in now. This book isn't easy to read. But it is one that should be read.