'No Man's Land' - a play by Harold Pinter Content from the guide to life, the universe and everything 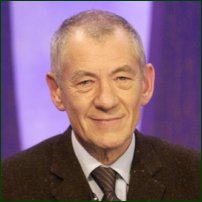 No Man's Land is a play by British playwright Harold Pinter (1930-2008). First published in 1975, it is in the style known as 'absurdist'. It doesn't make sense and nobody is quite sure what it is about. It is described as a comedy and there are plenty of laughs, but overall it is a 'haunting weird play'1.

By the end of the first act, the audience are confused because they haven't really figured out what is going on, and assume it will all be explained after the interval. It isn't. The second act further confuses the issue, and we're left at the end in a 'No Man's Land' between understanding and not understanding. Perhaps this is the point of the play.

The degree of uncertainty in this list is because the whole play is uncertain. Information in some scenes contradicts that in others. Hirst appears to be a genuine character but the other three may be just imagined by him.

The entire play takes place in one room, in a house in the northwest of London. The house is referred to at one point as 'a lighthouse', but this may be just implying that it is cut off from the rest of the world, as Hirst rarely goes out or talks to anyone.

A rich old man, Hirst, and a less well off man of a similar age, Spooner, talk and drink together in Hirst's house. The two appear to be strangers. Hirst has met Spooner in a pub and invited him back to the house for drinks. Spooner talks rather a lot, and makes extravagant claims about being a poet, being very sensitive and having met many important people. Hirst doesn't say much but drinks heavily. He gets angry when the subject of his wife is broached, drinks some more and eventually collapses, crawling out of the room to bed.

A young man, Foster, comes in. He's a man of the world, has been to Siam2 and Bali, but has come back to England to look after Hirst. He becomes suspicious of Spooner, wondering who he is. Then Briggs comes in - he's a tough, middle-aged character, speaking in expletives and very aggressive towards Spooner. He seems to be a manservant to Hirst. Hirst re-enters, having woken from a bad dream. He is confused, doesn't recognise Spooner at all and talks about his 'real friends', who have all died but whose memories are preserved in his photo album. He mentions his photo album several times, but doesn't seem to know where it is.

Act 2. The next morning.

Spooner awakes and finds he is locked in the room. Briggs comes in, but is very polite to him and serves him up a champagne breakfast. He talks to Spooner and finds that he is a poet and knows many publishers and patrons of the arts. He tries to get Spooner to introduce the young man Foster to one of these patrons. Foster is also a poet and is somewhat under the shadow of Hirst. Spooner now realises that he should have recognised Hirst, as he is a famous poet.

Hirst enters and is totally changed from the evening before. He greets Spooner as an old friend since they were at university together and they chat about old friends, common acquaintances and even a secret affair that Hirst had with Spooner's wife.

Spooner tries to persuade Hirst to come to a poetry reading which he is organising. He gives a long proposal, explaining that not only would it be good for the members of his group to meet the poet in person, but that it would also benefit the poet, getting his work heard by young people who might not be familiar with his work.

Hirst suddenly rejects the proposal. He says 'Let's change the subject, for the last time'. The others take this apparently innocent remark to mean that the subject can never be changed again. Whatever the subject is now must remain the subject for ever. The four, including Spooner, are trapped in a 'No Man's Land' between summer and winter, between action and inaction.

Many people have suggested meanings for the play. Hirst is an old man who has achieved great things in the past but now never does anything and lives only with his memories. The other characters may be genuine or they may be just his own memories - this would explain why they shift their roles. Spooner is a stranger, an old friend, a hated rival. Briggs is an angry thug, a polite servant. Foster is Hirst's son, a poet, a stranger met by chance on the street.

Whether they are real or imaginary, Spooner's role is as an agent of change - he is invited in for drinks, something which never normally happens, he tries to get Hirst to talk about his past, to re-enter society. Foster and Briggs are rejecting this change - they try to keep everything the same.

Spooner mentions a few times that he is the same age as Hirst. He may be an alter ego of Hirst, one whose writing career was not successful and who didn't become cut off from the world by his wealth.

The No Man's Land of the title seems to refer to Hirst's inability to change, to get himself out of the rut of reclusive drinking and going through his memories, held in his photo album.

There's no doubt Pinter is a master of words. Virtually every phrase in the play can be taken to have some significance, but the interpretation is entirely up to the listener. For example, in the very first spoken sentence in the play, Hirst offers Spooner a whisky and asks 'As it is?', meaning does he want it straight or with soda. But this could also be a question about the state of the world - should it remain as it is? At the end of the play, the world does indeed grind to a halt and remain as it is for ever.

Since its roots in ancient Greece, theatre has been divided into tragedy, in which an important person is brought low by their own actions or by fate, and comedy, in which a less important person improves their lot and has a happy ending. This play is neither comedy, in that sense, nor tragedy - Hirst is unable to leave the reclusive state he's got himself into, but on the other hand, he's well off and his every need is looked after by his loyal servants.

The first production of the play opened in the Old Vic Theatre, London, on 24 April, 1975. It was directed by Peter Hall and featured John Gielgud as Spooner and Ralph Richardson as Hirst. Richardson was later nominated for a Tony Award for his performance.

A highly acclaimed run of the play, directed by Sean Mathias and with Patrick Stewart as Hirst and Ian McKellen as Spooner, ran in Berkeley, California and New York in 2013-14. It was repeated in the UK in 2016:

The set is a large room whose many windows do indeed suggest a lighthouse, but appear to show a forest outside. The day-time birdsong and night-time hooting of owls heard before the play begins are a subtle hint of the confusion to come.

McKellen is a master of movement, constantly walking around, adjusting his clothing, moving items on the stage as he speaks. Stewart stays motionless and brings forth emotion with the power of his voice. These two, who in real life are great friends, work very well together.
– an h2g2 Researcher

I saw this play at Wyndham's Theatre last week. I had to donate a kidney to get a ticket that didn't involve me standing in Leicester Square. I can honestly say I didn't understand what was going on, but it didn't seem to matter as I was laughing too much. I watched Ian McKellen and became mesmerised; even when he wasn't involved you couldn't take your eyes off him. I feel privileged that I have finally seen him live on stage.
– another h2g2 Researcher

1According to Pinter scholar Michael Billington.2Officially called Thailand since 1949.