Port Sunlight, Wirral, UK Content from the guide to life, the universe and everything 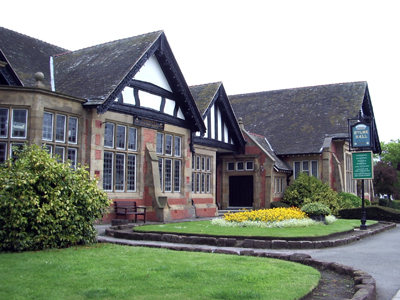 Port Sunlight is a village on the Wirral in the UK. It was founded in 1888 as the site of William Hesketh Lever's Sunlight Soap factory and was established to provide good homes, health facilities and education for the factory staff and their families.

Today, thanks to its status as a Conservation Area, and the management provided by the Port Sunlight Village Trust, the village looks much the same as it did in the early 20th Century. It still boasts good facilities, although several of the original buildings have changed use since then. The Gladstone Theatre is still active, the Village Halls still host fairs and other events, and the Museums are well known, so it is a distinctive place to live, and tourists travel from miles around to visit the area.

The Founding of Port Sunlight 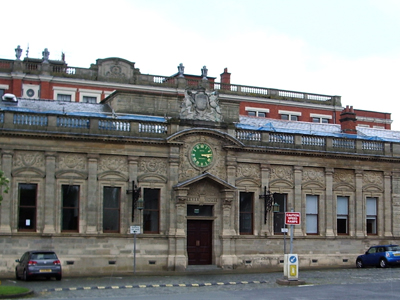 William Hesketh Lever was a shrewd businessman who had become successful through the creation and marketing of his Sunlight Soap brand. To meet the increased demand for the product, he purchased some marshland near the River Mersey, which had the potential for good river, rail and canal transport links, to build a new factory.

As well as the huge factory building itself, Lever used the land for houses for the factory workers, plus facilities to create a community of healthy, happy people loyal to the company. The roads through the village were wide, with plenty of green space and trees, and the houses were spacious, with gardens. There were schools, a recreation ground, a bowling green, allotments, a village hall, a theatre, a church and a hospital.

The distinctive look of Port Sunlight was created by Lever's insistence that no two houses should be the same - 29 architects were employed to design the dwellings, and the results were a complete mixture of types, from brick patterned, to painted rendering, to mock-Tudor style. 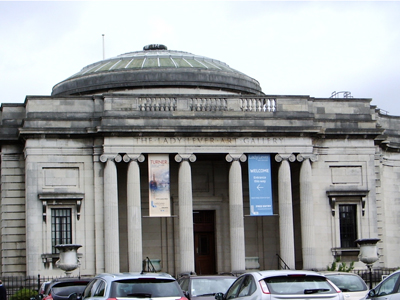 Lever had started collecting artworks so that he could use the images in advertisements for his soap. He quickly moved on to obtaining items that were to his own personal taste, so he didn't have to restrict his searches to paintings of attractive women and children in white clothes. During his lifetime he amassed more than 20,000 items, including paintings, sculptures, embroidery, furniture and ceramics.

He bought the items for his own pleasure, but also took pleasure in exhibiting the items so that other people could enjoy them too. Initially, he used the library to display some of his purchases, then took over Hulme Hall in the village. When his wife Elizabeth died in 1913, he decided to build a museum and art gallery in tribute to her1.

The Gallery was designed in a classical style by architects William and Segar Owen. King George V laid the foundation stone in 1914 by pressing a button on a scale model to activate a winch on the building site. The Gallery was formally opened by Princess Beatrice2 in 1922.

Today the Lady Lever Art Gallery is part of National Museums Liverpool and entrance is free, although donations are welcomed. Its paintings are available in digital form on the BBC YourPaintings website. It holds impressive collections of Wedgwood pottery, pre-Raphaelite paintings, Chinese ceramics and an exhibition about Lever himself.

There is a large circular sculpture gallery at each end of the building, one with a male focus and the other with a female focus, providing a symmetry and balance to the Museum as well as bringing to mind the influence of the Levers' marriage on the building. The sculpture in pride of place in one room dates from 130 AD and depicts Antinous, the young man who was the Roman Emperor Hadrian's beloved. In the other room, an 1899 sculpture of Salammbo, the sister of Hannibal from the 3rd Century BC, is on display. Other sculptures and marble artefacts are arranged around them in each room. Furniture and textiles are on display in 'Period Rooms'. The central gallery on the upper floor is home to paintings and sculptures including portraits of William and Elizabeth, and is used as a concert hall for special events.

Temporary exhibitions change regularly; recent displays include works by 'The last pre-Raphaelite' Eleanor Fortescue Brickdale, and a selection of Turner's watercolours, prints and oil paintings. On the lower floor there is an activity room for children, and a shop selling books, jewellery and crafts. There is a café serving hot and cold food, tea and cakes. Both floors are accessible via ramps, and there is a lift. 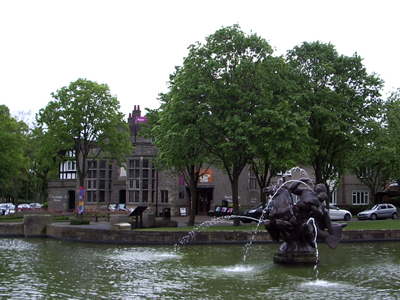 The Port Sunlight Museum opened in 1999 to tell the story of Port Sunlight, its founder, and the people who lived and worked there. Featuring hands-on exhibits, videos, documents and photographs, the history is brought to life in an entertaining way. Visitors can design their own house by copying features from the architecture of the dwellings in the village, such as round or arched windows, decorative brickwork and distinctive doors. They can also learn what it was like to work in the factory, what education was offered to children of workers, and see the staff enjoying their summer holidays. The modern history of Port Sunlight is also included - in particular there is a small area dedicated to The Beatles, as they played a gig in Hulme Hall and also recorded an interview for a local radio station there in 1962.

There is a charge to enter the Museum, but the gift shop (selling a variety of soap as well as other gifts and souvenirs) and café (serving light meals, sandwiches, tea and cakes) are free to enter. 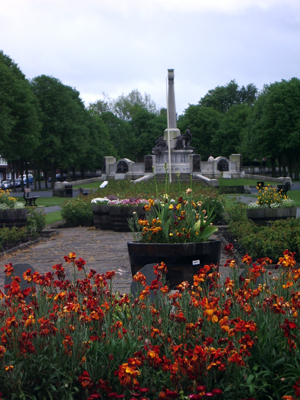 The village can be accessed via train - Port Sunlight railway station is on the Wirral Line. There is plenty of car and coach parking along the wide roads and in front of the Lady Lever Art Gallery.

A walking tour can be obtained from the Port Sunlight Museum. On foot, you can explore the area, see the architecture of the houses and enjoy the green spaces, including the Rose Garden. There are also several memorials to be seen, including the War Memorial to factory workers who served in the First World War, the memorial to William Hesketh Lever and the Hillsborough Memorial.

Although the general look of Port Sunlight has stayed the same, there have been some changes. The hospital became a hotel, and one of the schools was turned into the Lyceum, a community centre. A garden centre was built, and the Unilever Research and Consumer Studies Centre was established in addition to the original factory building, which now produces laundry detergent rather than bars of soap.

Most of the houses and features in Port Sunlight are Grade II Listed. Initially only for workers at the Sunlight Soap factory and later owned by Unilever3, property in Port Sunlight was allowed to be purchased during the 1980s, so around 650 houses are now privately owned. Around 250 houses were transferred to the ownership of the Port Sunlight Village Trust in 1999. The Trust manages the houses, the Port Sunlight Museum, three holiday cottages and the green space, including the front gardens of all houses, to ensure that the village always looks good for visitors to enjoy.

1Lever was made a Baronet in 1911, so his wife became Lady Lever at that time. He became a Lord in 1917, and took the name Leverhulme as Elizabeth's maiden name was Hulme. 2Queen Victoria's youngest daughter.3The company formed in 1929 by the merger of Lever Brothers and Margarine Unie.