High School Subcultures of America Content from the guide to life, the universe and everything 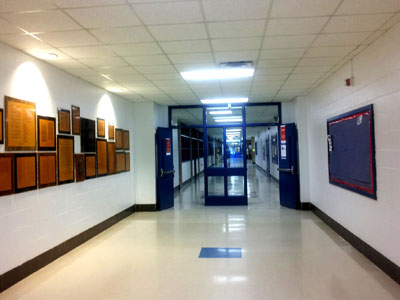 There is a popular saying that 'birds of a feather flock together'. Perhaps, in 21st Century teen life, it might come to mean that those birds flock together to gossip, build muscles and possibly conquer Call of Duty: Black Ops. Subcultures help to find one's niche in life, and can determine social status in high school and beyond. Please note that the names and types may vary across region and high school.

The Popular Kids or 'Preppies'

Whatever you may call them, this group holds quite an influence in the social order. They are the leaders of the pack and will have several followers gathered around them. Each school has its own definition of what they look like, and being rich is not necessarily a golden ticket. This can lead to leverage in academics, at which point it's literally a push and shove existence.

Traditionally a male group, these tend to concentrate on sports, as the name implies. The media often paints them as dimwitted (some may be), but most score well in the classroom as they may be kicked off their school team otherwise. These kids are a coach's dream and many aim to get into a professional team (perhaps the national team) of their chosen sport. Their size and combative nature will often lead them to roughhouse excessively with each other or the lower tiers of the subculture hierarchy. They may be accompanied by:

They may or may not be pretty (beauty is in the eye of the beholder) but these femmes fatale tend to overwhelm with their daring seductiveness. They might be seen haunting the gigs of whatever boy band is currently in vogue, while simultaneously trashing them in conversations with their peers. They're not always as empty-headed as often portrayed, and they may be seen as a formidable enemy in the classroom. If they're mean they can be a girl's worst nightmare, but if they're nice they could be voted Miss Congeniality. They might just be both at the same time. The male comparison may be slightly tougher but the outlook is the same and they can be the objects of several classroom romantic comedies.

This is the friendliest group, and may be seen taking outings together and looking quite bubbly. They're generally the epicentres of gossip and party invites (both of which are only given if they know you well).

There isn't much explanation needed for this group, but the difference between nerds and geeks needs to be clarified. The terms are often used interchangeably, but a nerd is a person whose interests lean towards intellectual pursuits (and who generally has high grades), while geeks participate in more niche activities such as various fandoms and fascinations such as Star Trek, Star Wars and manga. Below are more subtypes of this varied group.

These make up the majority of nerd stereotypes. They are often drawn to mathematical and scientific competitions such as the Academic League, or perhaps one of the the International Science Olympiad contests such as The International Chemistry Olympiad, while mathletes1 gravitate towards The International Mathematical Olympiad. This is perceived as being the most socially inept subtype but they can collaborate with their friends in accomplishing some of the most intelligent ideas known to humankind. Take Mark Zuckerberg, who launched Facebook from his Harvard dorm. Now, that’s a social maths nerd.

Some people, bearing in mind today's dog-eat-dog mentality, will do anything to get ahead. These are people you have to watch out for. They study like there's no tomorrow and claw their way up through the ranks with the intention of getting to the top and staying there. Everyone wants to do their best in school but these folks do it by hook or by crook, by fair means or foul. Either they have the teacher wrapped around their little finger or the teacher is completely oblivious to their shenanigans. Wait, this isn't a subculture, this is a serpent in disguise!2

Like their similarly-disposed brethren, science fiction geeks are prone to spend hours in their room reading but they are just as happy playing computer games and watching sci-fi movies. The more social members of this subgroup may attend conventions.

Called Otaku in Japan, these fellows harbour a huge obsession for anime, manga and comics, and own an equally huge collection. They can spend hours lovingly dusting the special editions on their shelves and, perhaps, perfecting their own artistic skills.

These are the AV3 folks. If you have a question on anything to do with Linux, Mac or Windows, these are the people to seek out. They are often seen playing on whatever gizmo they have acquired, talking about a gizmo they want to acquire, or creating visual effects fit to be envied.

If you ever step into conversations with these people, expect the peppering of game lingo all around. Gamers are constantly trying to usurp the last high score4 with their lightning fast motor skills. The more enthusiastic ones will be walking ghosts in the morning with bloodshot eyes, having been up all night playing their favourite game. Their social lives are usually centred around the player and others like him anxiously huddled around a computer or a games console.

This is creativity central. This group would be voted most likely to create museum-worthy art. Whether it's dancing, singing, or performing, their muse is at the forefront of their mind.

This is the group for anyone who is studying an instrument or music theory. They're usually found jamming, composing or listening to music5. Some teenagers are drawn to play instruments in the school band or orchestra, and their mindset can affect which of these two options they choose. While band geeks are fairly carefree, orchestral players are more focused and have a more perfectionist nature due to the higher musical skills called for in classical music. Band people can lean toward the social side while orchestra players might be more shy and retiring.

Whether they write it or read it, they have an innate empathy with the written word. You'll often find them quoting from various works, both popular and obscure, and lunchtimes tend to become brown bag book clubs6. They'll either adore or abhor drama, depending on how literary it is and how outgoing they are.

All the world's a stage for these teens. You'll often hear them quoting the immortal 'To be or not to be...' soliloquy from Hamlet and they yearn for a part in a Shakespeare play. In an attempt to remain 'in character', their outfit is often whatever their current stage persona is wearing, or the black attire of an extra. At lunch, they can be found rehearsing their lines, or they might be on the stage practising monologues.

This is so rampant in art schools it's practically a way of life, but these talented people have a mind of their own. The dancers are quite dedicated to their craft; certainly expect random bouts of whirling and pirouetting. The singers, from opera to country, are often to be found humming or singing little ear worms7 under their breath.

Apart from standard subcultures mentioned above, there are always some that stand out, not always loud, but usually proud.

Usually characterized by their grungy attire and multiple body piercings, this group will often be seen moshing wildly in the pits at heavy metal concerts. They may hang out in the far corners of the lunchroom, their heads nodding rhythmically to hard rock or dubstep.

This group originated in Britain and is known for its dark-coloured fashion and equally dark music. As one researcher noticed, 'This group is the most taunted, but also the bravest.' Being a goth involves an acceptance of one's inner darkness. These witty misanthropes observe the world through their own dark shades, but the idea that goths are just morbid is completely untrue. They're generally calm, nice people, but they won't pretend to be something they aren't.

Goth fashion runs the gamut from Edwardian and Victorian styles, to black jeans and t-shirt, to lace, satin, velvet and fishnet stockings, to the metal-studded black leather of the rocker, but the whatever the style, black is the dominant colour, even for hair and fingernails.

As the name suggests, this group arises from the mutual enjoyment of skateboarding or roller-skating. They're usually found at the local skate park, the latest jams blasting into their head through the earbuds of their mp3 player. Their agility enables them to keep up with the jocks, and a devil-may-care attitude has them on good terms with the punk rock ensemble. Their scars, from falling off their board, are revered as a right of passage, and they're never off the wheels.

Comparable to bohemians, this subculture encourages free thought and spirit. They have a strong penchant for environmentalism and activism and are usually volunteering for or protesting about something. Musically you'll find them listening to The Beatles and Jimi Hendrix, and their happy spirits brighten up whatever environment they're in.

Dorks may not have a society to call their own, but their individuality ends up serving them well in the long run because they'll be unrestricted by society. They are often on the receiving end of acts of violence perpetuated by unruly teens, but it's probably the dorks who’ll be laughing in the end; what happens in secondary school stays in secondary school.

This is by far the funniest subculture as they are always pranking everyone else. Look for these guys to have a snarky comment on everything. Watch your back and don't do or say anything to annoy them, unless you really want your locker covered in goo.

This list is by no means binding, and many new cultures are constantly evolving. It's no wonder that the teenage years are a tumultuous time of self-discovery. Which types do you recognise?

1Someone who takes part in mathematics competitions.2'Look like the flower and be the serpent under it.' - Lady Macbeth.3Audio-Visual. In the days before computers became ubiquitous these were the people who loved messing around with film/video cameras, tape recorders and microphones, and who would be called upon to set up the sound system for the annual sports day.4Whether it's theirs or someone else's.5If they're not doing any of these, they must be tuning their instrument or asleep.6Book clubs where you bring along a packed lunch.7Songs that get stuck in your head.