Guild Wars Prophecies Content from the guide to life, the universe and everything 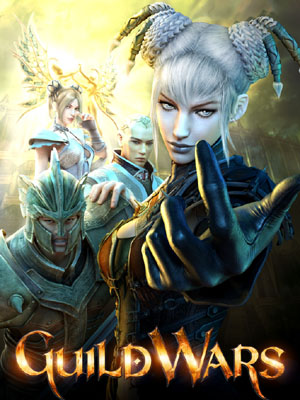 The last day dawns on the Kingdom of Ascalon. It arrives with no fanfare, no tolling of alarms. Those who will remember, will speak fondly of the warm morning breeze. People carry on with their daily lives, unaware that in a short while... everything they have ever known will come to an end.
–  Guild Wars Prophecies, Intro

Prophecies was the first campaign of Guild Wars. It was released under the name of Guild Wars on 28 April, 2005. Only the core professions are available in this campaign.

The story begins in the human kingdom of Ascalon, a lovely country in the east of the continent of Tyria. Ascalon is surrounded by mountain ranges on three sides, and is open to the north. Here people are living a simple and peaceful life until suddenly the legions of the Charr - a monstrous feline race - attack from their homelands in the north. It is their goal to drive all humans away from these lands, which belonged to the Charr long ago.

The humans are helpless against the huge number of Charr. Two years later, Ascalon is destroyed and everything burnt down in an event known as the Searing. The army of Ascalon still tries desperately to defend their country, but soon it is obvious that they fight in vain. While King Adelbern is obsessed with trying to hold the capital city of Ascalon with a few faithful men, his son Prince Rurik leads most of the remaining population westwards, into the Shiverpeak Mountains. For this act, his father disinherits Rurik. In the Shiverpeaks, they get help from the Deldrimor dwarfs, who are engaged in a civil war with the fanatical Stone Summit dwarfs. Prince Rurik is killed during an attack by the Stone Summit, his body buried by an avalanche caused by the Stone Summit leader.

Finally the Ascalonian refugees reach Lion's Arch, capital of the rival kingdom of Kryta. But here they find no peace either: undead are a big threat in Kryta and the military order of the White Mantle needs help in fighting them and an organisation called the Shining Blade. The White Mantle once was able to repulse a Charr assault on Kryta with the help of their gods. Unfortunately, it turns out that the White Mantle in fact worships the evil Mursaat - a mysterious and ancient race who long for power.

The Shining Blade and their supporters manage to flee over the sea with the help of the powerful 'Sceptre of Orr' - a magical weapon which they have given to Vizir Khilbron in exchange for his support. The Vizir of Orr once defeated the Charr who were attacking the island kingdom. At the same time, he magically brought about a cataclysm which caused the islands to sink into the sea. The Shining Blade make their way through the Crystal Desert, north of the continent of Elona. Here the remaining Ascalonians find out that they are part of the ancient Flameseeker Prophecies and have to defend the world from evil. To fulfil these prophecies, they have to achieve a higher state by going through three trials, which they of course manage to do. With the aid of the dragon Glint – who foresaw the prophecies 800 years ago – they reach the southern Shiverpeaks, where there is another meeting with the Deldrimor dwarfs and the Mursaat, who have become great in numbers by now.

Through a magic portal, the Ascalonians reach the Ring of Fire islands where they believe they will find the core of all evil. And indeed, here waits Vizir Khilbron, who turns out to be a Lich (a powerful, undead creature). With the help of the Ascalonians, he gained possession of the Sceptre of Orr which allows him to summon an army of Titans to rule the world. There is also another meeting with Prince Rurik who has been turned into a zombie. In their last fight, the Ascalonians defeat the Lich, for which they are rewarded by the dwarfs.

The tutorial of Guild Wars Prophecies is huge. It is possible to stay within the tutorial and become level 20 – although with some effort. This tutorial is the introduction to the whole game. The starting point is Ascalon City at the great northern wall that separates this land from the north and the lands of the Charr. High stone houses with red tiled roofs and gothic glass windows give it a very homely appearance, while the obviously older wall is towering at one side, giving a sense of security.

In the surrounding area, there are small villages consisting of stone and half-timbered houses with steep thatched roofs. The trees and fields wear the colours of early autumn and birds are singing in the golden sunlight. In the centre of the whole area lie the Ascalon Catacombs: a huge maze of natural caves, huge walls and towering pillars.

In Ascalon after the Searing, everything changes completely. Most of the buildings are ruins and the huge crystal-like missiles of the Charr are scattered over the entire country. The whole ground is burnt, the thunder of cannons can be heard in the distance and birds are screeching.

Snowflakes swirl through the air in the Shiverpeak Mountains. Everything is covered with a white blanket of snow; only the sound of the wind can be heard and the occasional howling of a wolf in the distance. There are no human settlements, only the small villages of the dwarfs with squat wooden houses on stone foundations and curved green copper roofs.

Kryta is a nation surrounded by the sea. The sun shines, and gentle waves roll on the white beaches. The blue sky is filled with screeching seagulls and exotic birds are singing in the palm trees. The whole country has a South American look with Spanish-colonial stone houses with small windows and simple thatched roofs.

Exotic plants and ferns are growing all over Maguuma Jungle. Waterfalls, rivers and pools can be found everywhere; they are crossed by bridges of roots and fallen trees. The sound of birds and insects can be heard everywhere. The few human inhabitants of the jungle live in tents and Indonesian-style houses with wide arched roofs, often built into trees.

High cliffs of grey rock tower over the sand of the Crystal Desert. There are only small pools of salty water and a few dry bushes and thorny shrubs. Ancient civilisations – the Margonites, followers of Abaddon and the army of Turai Ossa1  – have left ruins of buildings and wooden structures that can still be found in the desert. Huge statues and the skeletons of monstrous beasts are half buried in the sand. Only ghosts and rotten tents are left of the Elonian army; even the ghost of Turai Ossa himself is still there, guiding others on the path of heroes.

The Ring of Fire islands are a threatening place. Volcanic in origin, the scenery consists of cooled lava, which in some places forms strange skull shapes and faces. Ash is in the air, the rumbling of a volcano can be heard, and magma flows through some areas like rivers. There are big, strange, red-purple crystals that seem strangely alive.

At the tombs of the ancient kings of Elona, a portal was opened to the Underworld but it has been corrupted by evil forces. The Tombs of the Primeval Kings were once the entrance to Hero's Ascent, which was later moved to the battle islands (to make it accessible from all campaigns). The tombs are now a way to the Halls of Heroes, influenced by Abaddon2, Menzies and Dhuum3.

Sorrow's Furnace was once a sacred place of the Deldrimor Dwarfs but is now overrun by the Stone Summit. Worst of all, they have the Tome of the Rubicon in their possession, a book which was written by the Great Dwarf himself. It describes his battle against the Great Destroyer - his worst enemy. Reading the name of the Great Destroyer aloud will bring the doom of the dwarven race.

Guild Wars Beyond – War in Kryta

War in Kryta is the first questline of Guild Wars Beyond, that connects Guild Wars with its sequel Guild Wars 2. It was released in 10 episodes from April to July 2010. War in Kryta tells the story of the ongoing conflict between the White Mantle and the Shining Blade, picking up this part of the storyline from Guild Wars Prophecies. The Shining Blade has found an heir to the deserted throne of Kryta: Princess Salma. They want freedom and a new order, while the White Mantle is defending its power and influence. The guerilla fighters of the Shining Blade are supported by the Ebon Vanguard from the Eye of the North; with them are Lieutenant Thackery and Captain Langmar. The battle is won by the Shining Blade at Lion's Arch and Salma becomes the new ruler of Kryta. She becomes the founder of the Seraphim – a new army to defend the nation and an important part of Guild Wars 2. Only Thackery and Langmar never return from battle and one hero is missing on her mission to reach Ascalon and King Adelbern.

As the beginning of the whole story of Guild Wars, Prophecies is certainly worth playing. But players who only own Prophecies have the disadvantage of not having access to heroes who accompany them on their travels. It can be quite tiresome and is a lot more difficult to play the whole game just with the henchmen found in outposts because they are not customisable and only come in given levels, depending on the location of the outpost. Prophecies players are therefore advised to also buy Eye of the North, where level 20 heroes are available from the start and it gives a good roundup of the whole story.