Gismos, Whatsits and Thingummy Doodahs - A Guide to Vague English Content from the guide to life, the universe and everything 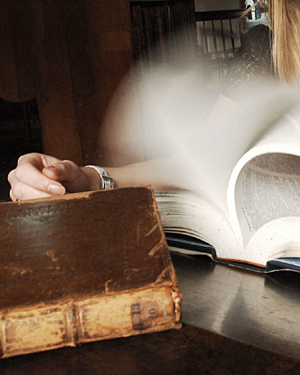 A Guide to Vague English

The English language may boast an extensive vocabulary, but it's not always something to be proud of. Not only do we have words for pretty much everything we need, we also have an impressive collection of words for those times when we can't remember them.

These vague terms are used in a number of different situations, maybe too many. We may fumble for the precise term for a contraption, or struggle to remember someone's name, but we can also use them to add effect when describing something which we think is new-fangled or over-elaborate. Finally, we often use vague language in those situations when a word is too delicate to say outright, and a suggestive euphemism is more acceptable.

Some of the earliest forms of vague language originated from the way we question ourselves when we're stumped for the right word or name. Words like what-call-ye-him have been around since the Middle Ages. Gradually refining over the years, they've been through what-d'ye-call-'em and what's-his-name(1600s), whatsit (1800s), whatchamacallit (1920s) and the less than complimentary whatsisface (1960s).

This Entry examines the history and usage of some of the more popular vague words, and highlights the differences between them. Armed with this knowledge, you should be able to apply precisely the right vague word any future situation may demand.

The dingbat, known perhaps most commonly today for a pictorial word puzzle, first appeared in the United States in the early 19th Century. It was originally applied to all manner of things, notably money, certain drinks and a less than affectionate term for a hobo. An 1895 survey in the Boston Journal listed eight definitions, including a flying missile, a biscuit, a slap on the buttocks, and a ball of dung attached to a sheep's rear end. In the 20th Century, dingbat was widely applied to anyone foolish or stupid, whereas Australians 'had the dingbats' if they suffered from delirium tremens.

The 'ding' of dingbat is believed to come from the verb meaning to hit something hard - an old Scandinavian word, but it's not clear how this ding-bat weapon came to be applied so vaguely - maybe it just sounded funny to say. A similar word is dingus, but this has never meant anything more specific than a contraption of some sort. It may well have come from the Dutch word ding - a thing.

'Thing' of course is often used vaguely, but its variant forms are some of the most commonly used terms for those amnesic situations. Thingum has been around since the 17th Century, where it was used to mean an arrangement or a trifling detail, and thingummy appeared a century later. Both of these were also commonly used in the form 'Mr Thingum(my)', to describe someone whose name you had forgotten.

Thingy wasn't a vague term until the 20th Century - it was just a Scottish term for a little thing, usually spelled 'thingie'. The extended forms thingamabob and thingamajig are 18th and 19th Century respectively, with the 'bob' and 'jig' endings having the sense of 'trick' or 'joke'. A generation of children who played the board game Mouse Trap will recognise a thing-a-ma-jig as a device supporting a bowling ball, which, when pushed by a hand on the end of a long rod, tips and deposits the said ball into a bathtub.

'Do' is a popular way to start a vague word, although none of the following has been recorded in this sense before the 20th Century.

Chiefly an American word, doodad was often applied to fancy ornamentation on, for example, a lady's dress:

Its derivation isn't clear, although the Oxford English Dictionary (OED) notes that a 'dad' or 'daud' is Scottish dialect for a lump. In 1988, American amateur astronomer Dennis di Cicco discovered a cloud of dust and gas in the Musca constellation, which he named the Dark Doodad Nebula.

A well-established variant of doodad is the doodah, which first arose in the popular plantation song 'Camptown Races':

The doofer, probably coming from a phrase such as 'that will do for now' was popular in Australian slang from the mid 1900s. It's been applied more specifically to half a cigarette, a settler's hut, and a hospital urination bottle. Today, it's more commonly used for a gadget or contraption, notably a TV remote control unit1. A more recent British equivalent is doobrey, which started to appear in the 1970s.

Popular in the US is doohickey, an extension of hickey, recorded in Webster's 1909 dictionary as a pipe bending device, but soon applied to anything vague, especially in forces' slang. A hickey is also a very specific printer's term for certain types of blemish.

Similar to doohickey is doojigger, a combination of doodad with jigger, a term which has been applied to all manner of devices over the years, including a horse-drawn streetcar, a billiards rest, a potter's lathe and a Ouija board. It's not directly linked to the modern-day use of jigger to mean one of those small plastic milk containers.

G is for Gadget

Then the names of all the other things on board a ship! I don't know half of them yet; even the sailors forget at times, and if the exact name of anything they want happens to slip from their memory, they call it a chicken-fixing, or a gadjet, or a gill-guy, or a timmey-noggy, or a wim-wom just pro tem, you know.
— Robert Brown, Spunyarn & Spindrift (1886).

Vague words beginning with G often describe some sort of unfathomable device or piece of machinery. Gadget itself is now a well-established term for a handy technological innovation, but in the 19th Century it was a much vaguer seafaring term. Its derivation isn't clear, although it is very similar to the French word gâchette, used for various pieces of mechanism.

Gadget somehow altered into widget in the United States in the 1930s, and came to represent an indefinite manufactured item, a meaning it retains today. Towards the end of the century it acquired a couple of specific meanings: a type of 'mini-app' computer program, and also a plastic device which releases gas into a beer can when opened.

Back to the G-words: also mentioned in Robert Brown's quote is the gilguy. This was a rope holding a boom, but also a 19th-Century 'thingummy' - maybe just sounding vague because of its alliteration.

A gimmick was also a vague word in the early 1900s. One reference describes it as being originally spelled as 'gimac', conjured up by magicians as an anagram of 'magic'. The sense of trickery is retained in the modern definition of the word: a device for attracting publicity.

Used in the US from the mid 1900s, the gismo (or gizmo) may have derived from the word 'gimmick', and, as with gadget, it's now used more specifically for high-tech inventions. Musicians Kevin Godley and Lol Creme from the band 10cc invented a mechanical guitar effects device of that name in the early 1970s, although this has long since disappeared from the scene.

Our final G-word is perhaps the oldest. Gubbins has been forces' slang for trash since the early 1900s, and now vaguely describes equipment or collective mechanical parts. The word has meant fish-parings since the Middle Ages, and its roots lie in older French words which have also given us such eloquent terms as 'gob', for a lump of phlegm.

We've toured some of the most common vague words in the English language, but we haven't really scratched the surface. Almost all the ones we've met can be spelled in any number of ways. In addition, they are often combined into new bespoke words to suit the occasion. Some, like jigamaree, kickumbob and whangdoodle, find their way into the dictionary. Others, like oojamaflip2, hoobajoob and dooverlackie may one day, but it's not important: we know them when we hear them.

It's a feature of English that it has so many vague words. They do exist in other languages, like the French truc, the Spanish cosa and the Dutch hoe-heet-ook-weer, yet they're few in number and don't sound half as silly (with the notable exception of the German Dingsbums).

We'll end with one of the most durable of vague terms in modern English. First recorded in the United States in the 1970s, this all-purpose word has been so successful, it has actually replaced every other word in the vocabularies of a whole generation of teenagers. The OED defines its meaning as:

1A recent survey revealed that Britons have over 50 words for the TV remote control, many of them deriving from vague terms. These include zapper, melly, boggler, podger, and, Noel Edmonds' favourite, the hoofer-doofer. Germans on the other hand are happy just to call it eine Fernbedienung.2Oojamaflip is one of a number of vague words based on oojah, a British army slang term for a thingummy. It's not certain whether it's a contraction of 'whatchamacallit', or whether it's derived from an exotic place name, perhaps in India.