Light Pollution Content from the guide to life, the universe and everything 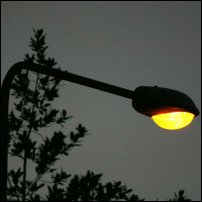 Dark Skies Awareness is a new initiative aimed at reducing light pollution in as many towns and cities as possible, as part of the 2009 International Year of Astronomy.

Have You Seen the Milky Way Lately?

How lovely it is just to be able to see the array of stars, recognise constellations and detect the misty vastness of the Milky Way. But many children growing up around urban areas have never witnessed these awesome sights. What if we can't pass on our knowledge to young, fertile minds because we cannot show them the glories above? Light pollution, a problem which mainly affects stargazers, is a serious threat to our enjoyment of the night sky, and the UK's astronomers are attempting to do something about it by raising awareness and petitioning their local councils.

What is Light Pollution?

When you hear the word 'pollution', you're likely to think of smoke or rubbish. But wasted light, obtrusive light and light trespass are all forms of pollution. Light pollution — artificial light from populated areas that shines where it is neither needed nor wanted — is blocking out many of the stars in the night sky. It can prevent some of the very important work carried out by professional and amateur astronomers throughout the UK and the rest of the world. Such tasks include measuring the subtle changes in variable stars and binary systems, as well as keeping their eyes peeled for phenomena known as NEOs (near-Earth objects).

Street lamps are the main contributors, causing a dull orange glow in the sky above, obscuring all but the brightest stars. Ironically, these are paid for, indirectly, by the very people who want to see the stars — the council tax-paying public. These lights are incredibly inefficient, as is obvious from the energy that is put into lighting the sky. So we are wasting money on this continuously; whichever way it is looked at, there is a major problem. This is not just an urban problem, as even when you're in the countryside you're never far from the horrible murky glow suspended above any built-up inhabited area. Most people can now expect to travel up to 50 miles to obtain a satisfactory view of the stars.

There are a number of simple solutions that can be taken by local authorities, but of course these will need an initial investment. For example: a simple metal cover could be attached to the offending lamps to reflect the upward-shining light back down. Alternatively, new lamps could be designed with built-in reflectors. There are many benefits to making the use of electricity more efficient and cutting down on excess power loss. The knock-on effect lessens the impact of atmospheric pollution produced in generating the electricity as well.

The Effects of Light Pollution

Light pollution can also disturb the natural rhythms of birds, insects and nocturnal animals, according to wildlife historian and naturalist Sir David Attenborough. Some species are affected by unnatural light to such an extent that their lifecycles are completely out of kilter.

After Joanna Lumley mentioned on Desert Island Discs that one of her ambitions was to see an aurora (the 'Northern Lights'), she was approached by the BBC to make an odyssey in an attempt to view the astral phenomenon. The journey to the North Pole was filmed for the documentary Joanna Lumley in the Land of the Northern Lights and screened in 2008. Conservative estimates are that five aurorae are viewable annually as far south as London. But city dwellers never see them thanks to the artificial haze caused by domestic security lights, CCTV systems and the external lights of commercial buildings.

At around the time The Beatles were breaking up, Liverpool and the surrounding area were facing another loss. Up until the 1960s, it was possible to see the Milky Way from the banks of the River Mersey. Only first, second and third magnitude stars are now visible.

What Can be Done?

Lobbying, where it can have far-reaching effects, is always a good thing. Efforts in New Mexico, USA, have apparently been successful because the state highway department has sent out a very specific memorandum to all registered engineers in the state informing them of the department's new rules regarding what kind of street lamps are acceptable for projects it funds. In short, these are lights that cast a limited pool and offer no glare to the sides and no upwards light at all.

Nobody ever wrote a poem about orange barf glow!
– Lisa Simpson

Popular cartoon series The Simpsons got the message across in the episode entitled 'Scuse Me While I Miss the Sky'. Telescope owner Lisa Simpson, frustrated at the lack of dark sky in Springfield, campaigns against light pollution after Professor Frink teaches her about the problem.

There has been an increase in light pollution: there is no question about that. The issue is what we do about it.
– Lord Rooker, Minister of State for Regeneration, 2003

In the UK, intrusive lighting is now treated as a Statutory Nuisance thanks to a change in the law campaigned for by the CPRE (Campaign to Protect Rural England). However, the people in power are not going to implement this unless they are pushed, and that's where you, the reader, come in. You can use your voice and complain about what you consider excessive outside lighting.

You can write a letter to your local authority. State that you are deeply concerned about light pollution in your local area and are asking for something to be done about it urgently. Remark that you would like to be able to teach your children/grandchildren about the constellations but the patterns are disappearing! Mention that you, like many people, love to look into the dark night sky in the evenings and feel that sense of awe, but this is becoming impossible due to the orange-yellow glow instead of stark blackness speckled by shining pinpricks of pure, natural light.

Suggest improvements thus: the addition of a simple reflection shield above the lamp would save energy, reduce light pollution and make the streets below brighter — benefits all round, bar a small outlay for the replacement; and the old lights can be recycled as much as possible.

If you are not satisfied with its response, you can write to your Member of Parliament. After all, they represent your interests. Still not happy? You can create an online petition at the Prime Minister's website. Doing absolutely nothing will ensure that our children, grandchildren and their descendants will only ever see the Milky Way on illustrated pages of an astronomy book or on the Internet. That's more than a shame; it's robbing them of their heritage. Even if you're not a stargazer, light pollution is a symptom of a massive waste of energy, which means money is wasted and the Earth is polluted more than it needs to be. We need to become an energy-efficient society so that natural resources, the Earth, and therefore we ourselves, last longer, which makes sense, doesn't it?