Frankenstein's Castle, Nieder-Beerbach, Germany Content from the guide to life, the universe and everything 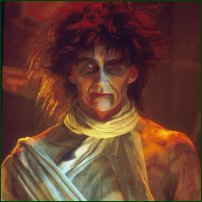 Castle Frankenstein is not as some may think a figment of Mary Shelley's imagination, but a real-life castle with quite a history. This entry takes a look at the castle and selected highlights of its past which may or may not have inspired Mary to pen her most famous novel Frankenstein.

In order to understand Castle Frankenstein and its place in the literary history of Europe, it is necessary to go back to the beginning and look at the foundation on which the castle was built.

Around 500 BC the Roman Empire wasn't the only show in town. The warrior Franks lived and fought in the region known as Bavaria. They went on to capture the land southwest of the Rhine and it became known as Frankland; nowadays we call it France.

Some tribe members took a liking to the mountainous region close to what is now Darmstadt in Germany. They made their home near a former Roman quarry and became Frankensteins or 'stone of the Franks'. So, as history moved on Frankenstein became a fairly important name in the region1.

The Frankensteins lived up to their warrior past, and the first recorded user of the name was Arbogast von Frankenstein, a knight with a bloodthirsty reputation. Arbogast is credited with building the Burg Frankenstein in the 1300s, although records show a stronghold on the site from the year 948. The site was perched on the high ground by the banks of the Rhine, close to what is now Nieder-Beerbach. The rocky outcrop on which it stands provided the Frankensteins with a view along the Rhine Valley, and would have made for easy defense of the area.

Enjoying the turbulence of the times, the Frankensteins produced great warriors including one who fought the infamous Vlad the Impaler in the 1430s - the first recorded case of Frankenstein versus Dracula if you like. However, the most famous actual Frankenstein was Sir Georg von Frankenstein.

Georg was incredibly brave and was immortalised in legend. The carving on his crypt shows him at his finest - slaying a dragon. Unfortunately, the dragon held a sting in its tail, and the poison it deposited under Sir Georg's armour caused his demise. Georg's last valiant act was to save the beautiful Rose of the Valley - Annemarie.

The Frankensteins did eventually die out, but the name lived on.

The next most notable resident of the castle was Johann Konrad Dippel, 1673 - 1734. He was otherwise known as Konrad Dippel von Frankenstein and would sometimes sign his name Frankensteina. However, he had no connection to the true Frankensteins, other than the fact he was born and lived in the castle.

Konrad Dippel became quite a legend in his own lifetime with his search for the Philosopher's Stone2 and the Elixir of Life3. He was a student of alchemy and was rumoured to have experimented with the 'dark arts'. Locals reported that he stole bodies from the burial ground of the Frankensteins and attempted to re-animate them. He was, by all accounts, secretive and sinister.

The rumours weren't always totally accurate however. Konrad Dippel was originally a priest who even after leaving the priesthood remained true to his vows and celibate for the rest of his life. He was studious and, above all, a scientist. He had, unfortunately, made powerful enemies within the Church due to his thirst for the scientific. All things considered, the Church probably instigated most of the rumours which dogged him throughout his life, and even after his death.

For all his hard work, Konrad failed in his quest to find the Philosopher's Stone, but he did achieve some success. Konrad was responsible for giving the world the solution of distilled animal bones, blood and other bodily fluids which became known as Dippel's Oil. This concoction, which was marketed as the Elixir of Life, was sold until the 19th Century and has since been proven to have been a powerful muscle stimulant.

There weren't many parties interested in the castle after Konrad's death, due to the superstition surrounding his activities, so inevitably it lay derelict. It eventually fell to ruin in the late 18th Century. However, its influence did not end with its inhabitants.

Poet Johann Wolfgang Goethe lived in the area and created Faust. He is believed to have given a reading of his early Faust in the shadow of the castle to the Darmstadt Circle of Sensibles, a sort of 'dead poets society' of which he was a member.

Over the centuries, the course of the Rhine has changed considerably, but in 1814 the castle could be seen from the river, and many people believe that Mary Shelley gained inspiration from an exploration of the area with her husband, Percy Bysshe Shelley, while cruising on the Rhine. Their guide would doubtless have told them tales of Konrad Dippel and his dark science.

Mary Shelley went on to write Frankenstein following what she claimed to be a 'waking dream'. She'd seen the castle, heard the stories, was aware of the science and indeed the attempts at re-animation. Did she pull together the various strands of this story and take it to its logical conclusion? Maybe so, but she did inadvertently secure the future of the name Frankenstein.

Today the ruins of the castle still stand, although the path of the Rhine is now some 15km distant. If you fancy a visit to the place where fact meets fiction, it is some 40km from Frankfurt or about 15km south of Darmstadt, where the two remaining towers and chapel are being put to good use. The castle is the home of Germany's oldest Hallowe'en Festival and there are monsters aplenty to go around. The festival runs from late October to the first week of November and access to the site is by shuttle bus only during this time. There is an onsite restaurant which is open all year round and clever marketing has ensured that visitors continue to make the trek to view the castle's awesome façade and be moved by its truly Gothic past.

1The surname is still being used today and there are a few Frankensteins to be found in the phonebook, although it's probably best not to bother them.2Said to turn base metal into gold.3Said to give immortality.