Forgotten Male Astronomers Content from the guide to life, the universe and everything 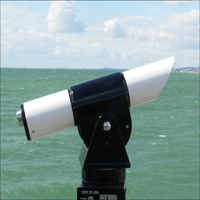 This Entry aims to record the names and findings of just a few long-gone astronomers who never reached the lofty heights of fame attained by such astronomers as Galileo Galilei, Charles Messier, Tycho Brahe, and William Herschel, or even Sir Patrick Moore. Some had incredible bad luck, others were in the wrong place at the wrong time, while one sacrificed his life's dream to help his fellow man. Their work was nonetheless important, small steps taken towards that great goal called knowledge.

The first drawing of a sunspot (that we know of) was made by Friar Brother John of Worcestershire, England, on 8 December, 1128. This was long before the invention of useful things like the telescope, so we can assume another method of safe Sun observation was utilised.

German astronomer Bode (1747 - 1826) created his own constellation 'Friedrich's Ehre' (Friedrich's Honour) in 1787 to honour Frederick the Great of Prussia, who died in 1786. Lying between Cassiopeia 'the boastful queen' and Andromeda 'the chained maiden', it was sometimes called Friedrich's Glory (Gloria Frederici). The four-star asterism, a 'Y' shape, represented a royal staff and crown, surrounded by a laurel wreath. Bode described it thus:

Below a nimbus the sign of royal dignity hangs, wreathed with the imperishable laurel of fame, a sword, a pen, and an olive branch, to distinguish this ever to be remembered monarch as hero, sage and peacemaker.

The Friedrich's Ehre constellation no longer appears in new catalogues and the component stars remain in their original constellation Andromeda. Bode's name does live on in the Bode-Titius Law, but even then he only shared half credit in republishing Scottish mathematician and astronomer David Gregory's (1659 - 1708) 1702 work on the distances between the orbits of the planets in relation to each other.

A French expedition led by Jean-Baptiste Chappe d'Autoroche (1728 - 69) went to Tobolsk, Siberia, to record the 1761 Venus transit. The team survived a treacherous river crossing and a lengthy journey through difficult, boggy conditions, eventually arriving at their destination just six days before the transit was due. Just before the transit, Jean-Baptiste was attacked by some of the locals, who believed he had caused unusually severe spring floods by interfering with the Sun. Cossack guards managed to save the team of astronomers, who eventually managed to make good observations of the Venus transit.

The French Academy were so pleased with the success of his mission that they engaged Jean-Baptiste to record the next expected Venus transit, due in 1769. He specified that he would travel anywhere in the world as long as the temperature wouldn't be below freezing. Tragically, when Jean-Baptiste and his team arrived at Vera Cruz in Mexico, they found themselves in the middle of a plague epidemic. Instead of moving on to a safer place, the team decided to remain and help care for the sick villagers.

Even though he was mortally ill, Jean-Baptiste managed to record astronomical observations to establish the latitude and longitude of the site. These recordings were vital for the calculations of the astronomers back home in France, and were made with an astonishing accuracy, given the hazardous conditions in which the data were gathered. The observations they made provided some of the best data of the 1769 transit. Jean-Baptiste died of a fever just after the transit, aged 41 years.

The French astronomer Guillaume Joseph Hyacinthe Jean-Baptiste Le Gentil de la Galaisière1 had travelled to India to observe the 1761 Venus transit, but didn't reach his destination in time due to the Seven Years' War (1756 - 1763) between England and France (known as the French and Indian War by Americans) being in full swing.

Le Gentil survived severe illness and almost getting killed by a hurricane, but remained in India to view the 1769 event2, when, just during the transit, there were clouds blocking the Sun. Le Gentil was so depressed that he couldn't even write his report to the French Academy of Sciences. When he eventually returned home after an absence of ten years, Le Gentil found he had been presumed dead, his wife had remarried and his job at the French Academy of Science had been given to someone else. Perhaps Murphy's Law could be renamed Gentil's Law in his honour.

A famous voyage was undertaken by Captain James Cook (1728 - 1779), who sailed to Tahiti on the Endeavour to witness and record the 1769 Venus transit. On board was Charles Green (1735 - 71), former assistant to the Astronomer Royal, Nevil Maskelyn (1732 - 1811), who was instrumental in setting up the new Observatory at Armagh.

Disappointingly, discrepancies in results from around the world caused the recording of the Venus transit to be declared a failure. Cook's voyages as a whole were a huge success though, due to the pioneering anthropological3, botanical and zoological work, and the vast improvements in navigation at sea. Cook and Green's historical drawings of the transit of Venus are preserved for posterity at the Armagh Observatory.

A monument marks the place at Venus Point, Tahiti, where the observations of the transit of Venus were conducted by Cook and Green in 1769.

The 'black drop effect' which appears to shape a planet (or the moon) into a teardrop as it approaches and leaves the Sun's disc was explained in 1770 by brilliant French astronomer Joseph-Jérôme Lefrançais de Lalande (1732 - 1807), who proved that the 'black drop' is caused by the motions of the Earth's atmosphere.

The Swede Anders Planman (1724 – 1803) was a brilliant astronomer and the Professor of Natural Philosophy at the University of Åbo in Turku, Finland. Planman observed both the 1761 and 1769 Venus transits from the city of Cajaneborg in Finland. He wrote numerous papers on the 18th-Century observations of the transits, including his own. Planman's main ambition in recording the data from the Venus transits was to measure the solar parallax, and he helped determine it.

1As this name is quite a mouthful, we'll just call him 'Le Gentil'.2Venus transits occur twice in eight years then you have to wait over a century for the next, so this was Le Gentil's last chance.3The detailed artistic and cultural studies of distant indigenous inhabitants.